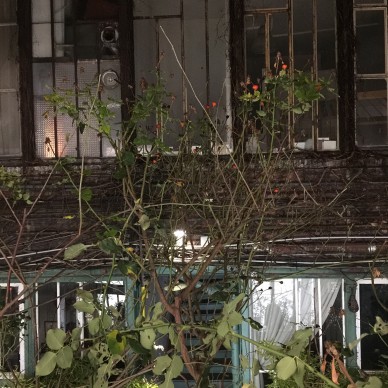 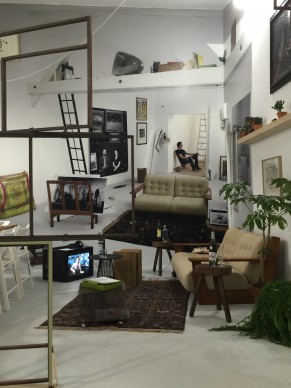 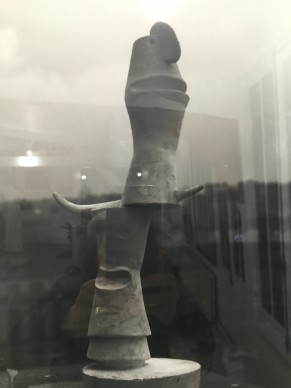 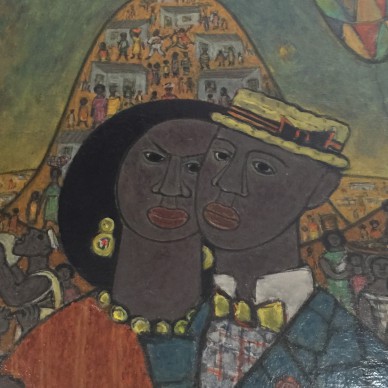 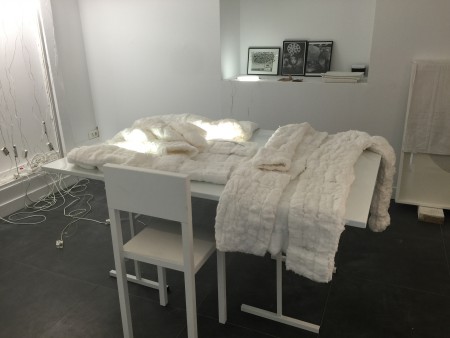 A stone’s throw from the ugly Montparnasse Tower, which casts its 56-storey shadow over this historic and charming neighbourhood, an extraordinary new art space has recently opened. Be warned, it’s a journey back into time. At 21 Avenue du Maine, on a paved pedestrianised street thick with foliage and spared the constant stream of cars, right by the offices of the Yves Klein archives and the Krajcberg Space dedicated to Brazilian artist Frans Krajcberg, you’ll find a truly unique alternative space dedicated to contemporary art. It’s called Villa Vassilieff after the Russian painter and sculptor Marie Vassilieff who lived there at the turn of the 20th century. Until the middle of the century it was a canteen, and more recently it was home to the Montparnasse Museum, a place that had its charms, but featuring somewhat uneven programming and in a pitiful state it closed down in October 2013.

The city of Paris has now given Betonsalon Art Centre (in the 13th arrondissement) free run of the space, which they’ve conceived as a place to pass through, meet and exchange. Pernod-Ricard meanwhile are bankrolling the project and offering residencies for three months at a time to artists from around the world in its lovely adjoining studio. In a word, Villa Vassilieff is COOL. Soon you’ll also be able to drop in for lunch or a drink (from 11am – 7pm) while visiting the inaugural exhibition which is on until 2 July. To my knowledge there’s no other space like this in all Paris. Its fundamental charm is making the connection between the History of Art (with a capital H), Montparnasse’s legendary modern art scene, and the here and now, Paris and its artists.

I should confess that the first exhibition, which they’ve baptised ‘Mobile Group’, is a little confusing at first sight. You find yourself weaving between the sofas and the armchairs to see what’s on the wall. But that’s the idea: this is a place to linger. With a little persistence you discover some hidden gems. In one corner, up a few stairs, there’s an all-white room in which Laura Lamiel (born 1943) has created an installation. In this studio, which she calls her cell, she has just finished, for example, a strange white coat made out of dermatological cotton. In another corner, upstairs, almost projected on the floor, is the masterpiece ‘Star of the Sea’, a short film by Man Ray from 1928.

Throughout Villa Vassilieff there are also shots by Marc Vaux, the photographer who documented the golden age of Montparnasse and whose riches are usually buried under a film of dust in the stores of the Centre Pompidou. You can see, for instance, Max Ernst’s plaster model of Oedipus photographed on the roof of his studio on Rue des Plantes.

Elsewhere then there’s that forgotten Montparnasse painter, J.D. Kirszenbaum, student of Kandinsky, who was persecuted and imprisoned during the Second World War and who escaped to Brazil. You can read a condolence letter from 1944 which he sent to Kandinsky’s widow which speaks modestly about his own “absence” over the previous years and about his wife of whom he is without news. A stunning canvas of his from 1952 depicts in almost primitive fashion a couple in their Sunday best celebrating St. John in Sao Paulo. It brings to mind the extraordinary 1920s works by the Brazilian artist Tarsila do Amaral. Whatever you do, make sure you seek out Villa Vassilieff and spend some time in the birthplace of modern art, in dialogue with the present day. 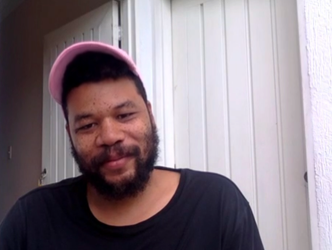 The world Afterwards (5): Oscar Murillo joint winner of the Turner Prize: “We have locally imagined some measures to mitigate the social collapse”