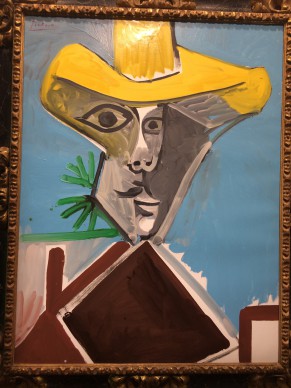 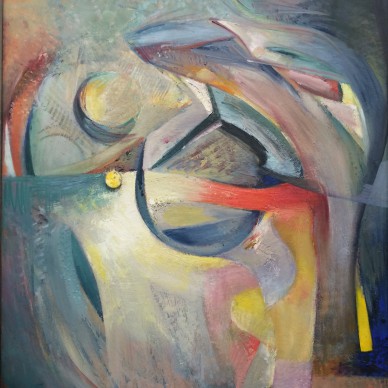 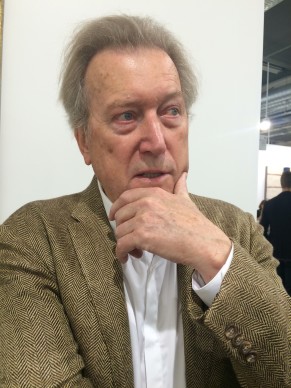 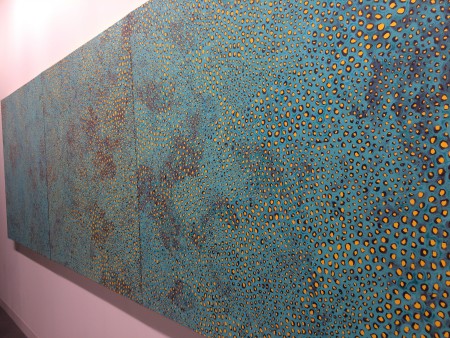 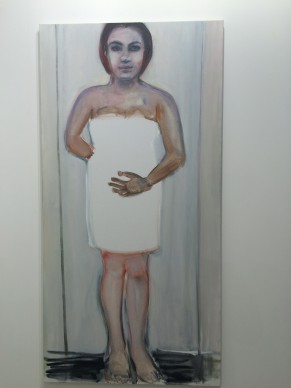 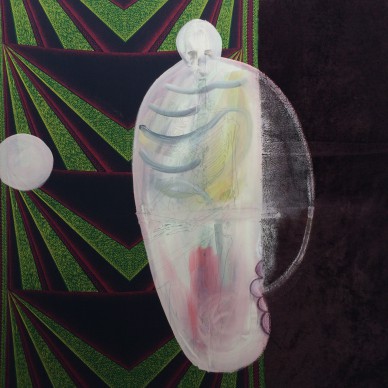 “Money has no value anymore. The only thing left to do is buy art.” So spoke Michael Werner, the German dealer who owns six galleries scattered between Berlin and New York by way of explaining visitors’ frenzy at the opening of the world’s leading fair, Art Basel, last Tuesday. (See Les Échos, June 1, 2015). The dealer, who in 2012 donated 125 works to Paris’s Musée d’Art Moderne, adds, however, that “people want to acquire what they already know. There’s no room for more experimental paintings.” Werner dealer is alluding to a rare 1942 work with a strong aesthetics by the German Dada artist Kurt Schwitters (1887–1948), exhibited in his booth, priced at 1.9 million euros.

Marc Blondeau, a French dealer who has settled in Switzerland and belongs to the fair’s strict selection committee, is also puzzled by the spirit of the new contemporary art buyers. “I just came back from New York, where the contemporary art auctions were taking place, and I felt like I’d been immersed in an atmosphere not unlike Las Vegas’s,” he explains. “Nowadays, at auction, people who work in finance determine the price.” Still, he observes, “The supply may be more sophisticated at Art Basel. There are lots of people who know what they’re looking at and who have invested not just money but also much time in understanding and appreciating art.” In a small room, London’s Nahmad Gallery is showing two impressive paintings that are among the fair’s most expensive works. A 1955 Mark Rothko canvas painted in yellow and orange hues is priced at $50 millions, hanging straight across from a large-format Monet, from the artist’s late Water Lilies years (1914–17), offered for $35 million.

But the most impressive fact is that, in the first hours, many works costing millions of dollars were already sold. Such was the case for Marlene Dumas (born 1953), whose work is the subject of a retrospective at the Beyeler Foundation, after being shown at the Tate in London. Two of her canvases, presented by New York’s Zwirner Gallery, were sold in the fair’s first hours, for $2 million and $3 million, respectively. Ditto at the same booth for a painting by Sigmar Polke (1941–2010), an artist whose popularity is experiencing a resurgence, which was sold for 3.5 million euros. The Japanese Pop artist Yayoi Kusama (born 1929) is one of the market’s stars. She is currently creating mottled abstract paintings copied from her works from the 1960s. One of these, from 2015, is also for sale for 1 million euros at Zwirner’s.

American artist Alexander Calder is well represented at the fair, with what must be the event’s smallest work, a barely 3-inch-long (7.5 cm) mobile from 1952, for which New York dealer Christophe van de Weghe is asking $340,000, as well as another mobile from 1952, nearly 32 inches (81 cm) long, which has been reserved by an institution despite its huge $20 million price tag.

Influenced by the record $179 million for Picasso achieved at auction last May in New York, the fair is brimming with postwar Picassos—neglected by the market until recently, these works are now widely offered for uncommon sums. It appears the extraordinary has become ordinary, as New York’s Acquavella has a 1969 Picasso bust of a man for $12 million and Gagosian is offering a 1964 Picasso portrait of a musketeer for $14 million.

In this Himalayan price context, going rates for an excellent artist such as Antoni Tàpies (1923–2012), suffering under current strained conditions in Spain, appear reasonable. Several compositions of his are being offered for around 500,000 euros, which is peanuts for a great artist in the context of such delusions of grandeur. 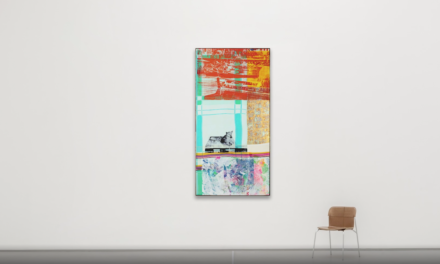