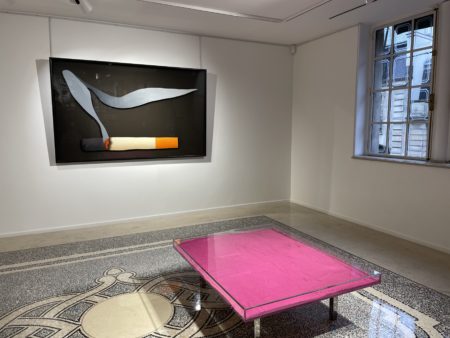 The art market is exceptionally reactive. It is adapting at great speed to the conditions of the world health crisis. 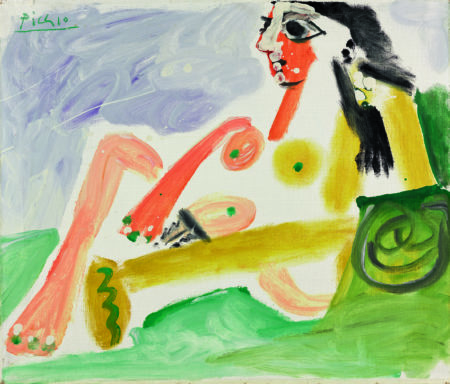 This is because demand in the first place is very focused. In the field of 20th and 21st century art, tastes are now inclined towards two areas of creation. The first is that of works that are very on trend, most often figurative, which encapsulate the preoccupations of our times (the presence of minorities overlooked by art history, the visible expression of the hand of the artist in the big data society) displayed by galleries considered to be good communicators of the zeitgeist. 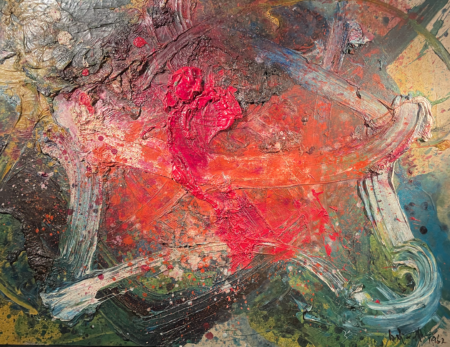 On the other hand, we observe a desire among buyers for works considered to be safe investments in modern and contemporary art that can be immediately recognized and perfectly situated in the production of the artist. These are both considered to be good investments because, in the first case, the prices are not too high and they constitute a future bet. And in the second case because they are safe havens in times of widespread uncertainty. 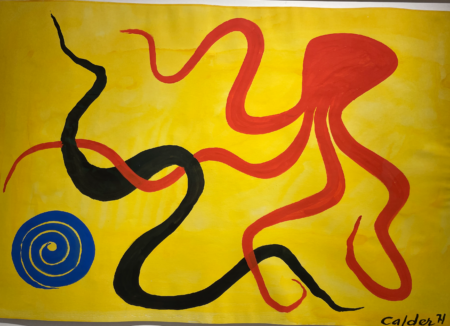 This is how galleries around the world are multiplying their most profitable activities at the moment: on the secondary market, for works that have already circulated. The auction houses, for their part, have increased their activity in this field very significantly. 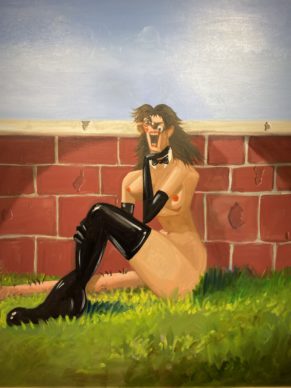 And Opera Gallery is no exception to this rule. This network of 13 galleries established worldwide in chic locations, on Rue du Faubourg Saint Honoré in Paris, Madison Avenue in New York and New Bond Street in London, has however a bad reputation in the art world. 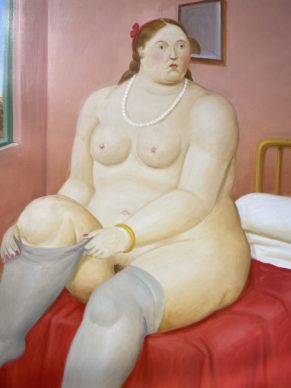 Up until now it has been best known for its paintings and sculptures with a kitsch appearance, most often with garish colours or shiny materials resembling pieces by famous artists, without actually being by them. It targeted novice wealthy buyers. “Usually the contemporary artworks presented by traditional galleries function within an ecosystem. They are promoted by various professionals in different countries, like an echo across the globe. With Opera Gallery, there is no market for their artists beyond their own network. And resale is near impossible at auction,” explains a private dealer who was charged with dispersing a collection bought from the multinational establishment. 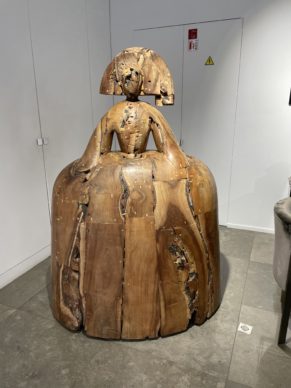 But today the owner of Opera Gallery, Gilles Dyan, has decided they have reached a crucial turning point. He is organizing a fundraiser for 100 million euros – 75 million of which have already been raised, according to him – to increase their activity on the secondary market. The sum will be placed in a fund regulated by the Luxembourg authorities.

Gilles Dyan’s objective: “The vast majority of sums collected will go towards acquiring artworks. The best deals in the art market are made, not by taking a percentage of transactions in which one is the intermediary, but in buying works to resell. We are making no guarantees for this fund but when we created the previous one, which was active between 2007 and 2012, participants received on average 10.5% interest per year.”

The mini-revolution for this gallery concerns its complete change of strategy: “This crisis presents new opportunities,” justifies Gilles Dyan, who recorded a 17% drop in revenue in 2020. “During the lockdown period we managed thanks to our inventory. We shall continue in this spirit.” The owner of Opera Gallery even acknowledges: “Up until now we have worked with very commercial, very middling artists. We have ceased our activities with around a hundred of them as a first step, plus around thirty extra today. 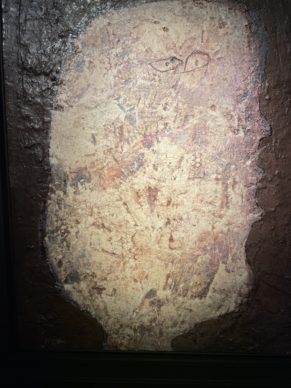 Right now we are finding clients more easily for a painting by Soulages for 1 million euros than for a young artist for 25,000 euros. I sold about twenty Soulages in 2020. We take on average 20% for sales of 1 million euros and over.” His core target ranges from Pablo Picasso to Fernand Léger via Jean Dubuffet, Karel Appel, Keith Haring, but also Magritte, Delvaux, the contemporary American painter who has strong demand in Asia, George Condo, or the Japanese artist from the Gutai movement, Kazuo Shiraga.

These are the works that can be seen today at their Parisian gallery among artists of more debatable interest such as the Spanish Manolo Valdés (born in 1942) whom he keeps on their roster. “We are going to try to attract other artists from the primary market,” he adds.

The works displayed at his gallery in Paris are on sale for between 20,000 and 3 million euros for a Picasso from 1964. 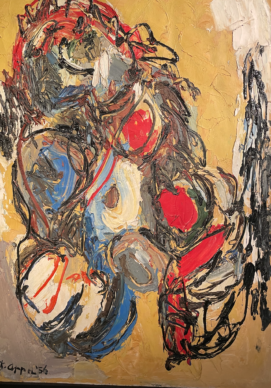 Without mentioning the major importance the internet has gained in the art market, the other big trend that affects this business is aimed at the world of auctions. And this is also where Gilles Dyan wants to take action. Indeed, at Sotheby’s, Christie’s and Phillips a parallel market has developed, one that consists of placing guarantees on the most commercial pieces by third parties. In other words, before the auctions, the auction houses enter into contact most often with external professionals or very active individuals, who agree to insure the seller on the big day, whatever the level it is auctioned at, for a specific sum of money. In short, the outcome has already been almost determined regardless of the interest in the room once the hammer falls. In case of failure, the guarantor leaves with the lot. In the case of success for the work, the guarantor pockets part of the profits (the amount above the sum fixed beforehand) shared with the auction house. “

A third of the fund

A third of the fund will be reserved to be invested in guarantees at auction,” explains Gilles Dyan. “This is a successful practice because, during this period, sellers want to be reassured and the auction houses are looking for lots. It benefits everyone.”

The head of Opera Gallery adds, without wanting to give names: “I won’t be doing guarantees for highly manipulated contemporary art, these works with estimates of 200,000 euros that go for 4 million and won’t be worth anything in the near future.”

Far removed from the discourse of the great legendary dealers, Gilles Dyan concludes: “Art is a business like any other and those who tell you otherwise are lying.” 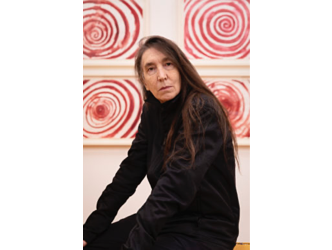 Kunstmuseum in Basel: Louise Bourgeois augmented through the eyes of Jenny Holzer 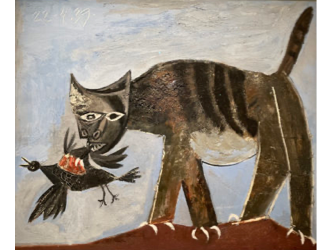 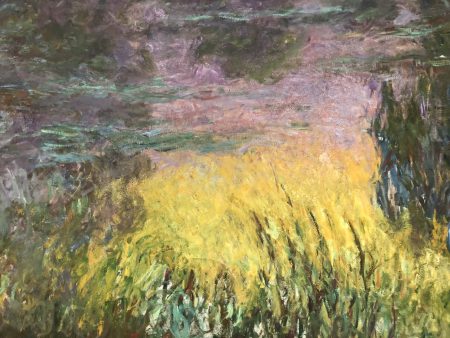 What if Monet was the father of Pollock, Rothko, Mitchell and de Kooning? At the Musée de l’Orangerie in Paris.