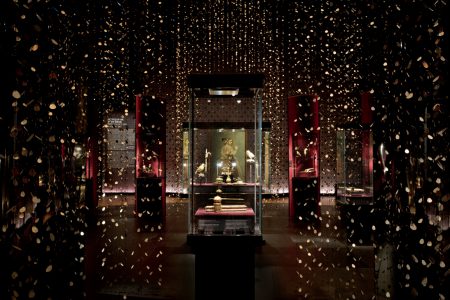 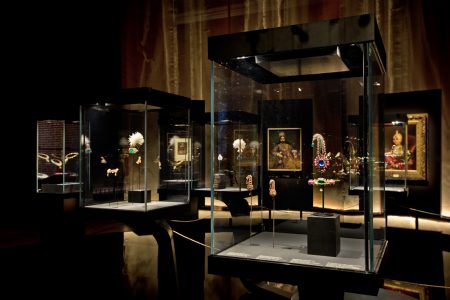 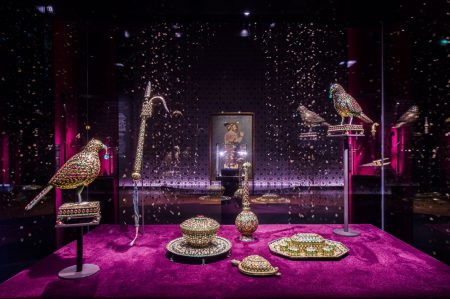 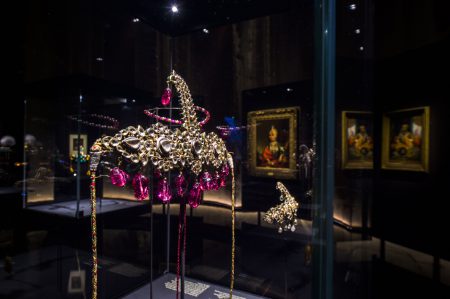 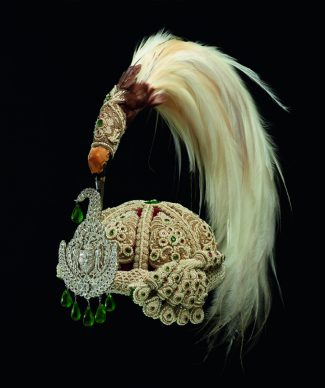 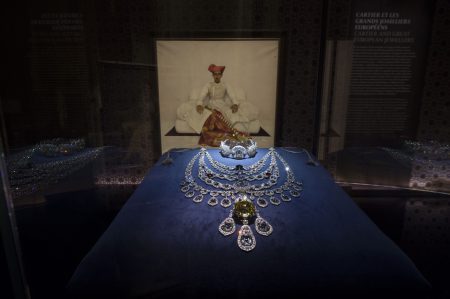 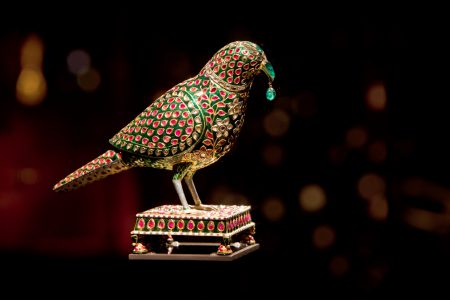 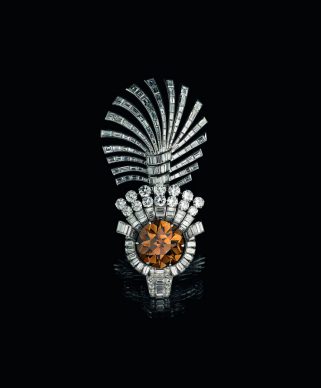 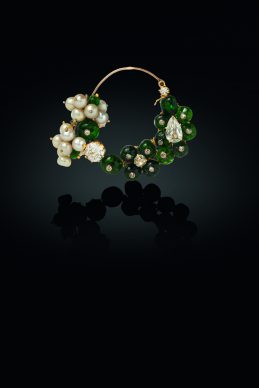 Until 5 June, the Grand Palais in Paris has a lavishly produced exhibition featuring 278 extraordinary treasures belonging to Sheikh Hamad Bin Abdullah Al Thani, son of a former Qatari prime minister and cousin of the current Emir.

In France, this family is also known as the owner of the Hotel Lambert, a 17th century architectural jewel on the Ile Saint-Louis and listed as a building of historic importance.

Even if the Qatari’s purchases in the art market have been subdued in recent times – courtesy of an oil crisis – for most professionals this emirate is still synonymous with buyers who have seemingly limitless budgets.

And Sheikh Hamad is an excellent illustration. Like his famous friend Sheikh Saud Bin Mohamed Al Thani who died in 2014, he is a collector who is passionate for very high quality pieces.

The former amassed work in a range of fields, from jewellery to carpets, photos to primitive art.

Sheikh Hamad is known for his tastes in 18th-century French furniture – in a forgery case that came to light in June 2016, the Journal des Arts named him as the victim in a purchase of two counterfeit chairs. Presented initially as an order by Marie Antoinette, the chairs were allegedly bought for 2 million euros.

Indeed, when Sheikh Hamad loves something, he becomes a major force on the market.  I wrote in 2013 about his collection of Indian jewellery.

Commenced four years earlier, it already contained 130 pieces. In 2017, this sum has more than doubled.

‘It’s an indication of Sheikh Hamad’s deep interest in the subject,’ asserts Amin Jaffer, co-curator of the show and an art historian specializing in the India of the Maharajas.

The Gulf countries’ interest in jewels goes back a long way. Historically, among other countries in the region Abu Dhabi and Doha were suppliers of pearls, before oil and gas bestowed them with colossal riches.

From the Nizams of Hyderabad to the Maharajas, all these Indian princes believed that stones possessed magical powers. Wealthy men also flaunted them as symbols of their power. In India, therefore, women were not the only ones to wear jewels.

Amin Jaffer explains the role of jewellery in India:

For Rahul Kadakia who heads Christie’s jewellery department worldwide, ‘Collectors in this field come in waves. Twenty years ago Sheikh Nasser al Saba (1) and Sheikh Saud al Thani were the principal buyers in this area of jewellery. Today Sheikh Hamad is one of the very big buyers. The number and the quality of pieces in his possession is astounding. He displays great personal knowledge on the subject.’

According to Rahul Kadakia ‘prices have risen by 30 to 50 per cent for top-of-the-range Indian jewellery over the past few years. The market is driven not by Indian but by the Middle East.’

The record price paid at auction for an item of Indian jewellery, $5.2 million, was in May 2011 at Christie’s in Geneva. This was for an imperial Mughal necklace in spinel (a red precious stone that was mistaken for ruby for a long time), which was by all account acquired by a Qatari collector who is not Sheikh Hamad.

In private sales, according to some professionals prices rise to the tens of millions of dollars.

Among recent purchases by the Al Thani Collection is a turban ornament known as The Tiger Eye, comprising of a cognac-coloured diamond discovered by the Maharaja of Nawagar and entrusted to Cartier in 1937 to set in platinum. Its value has not been disclosed.

At auction Sheikh Hamad acquired an imperial necklace embellished with seven carved Mughal spinels for $1.8 million at Christie’s in 2014 and an extraordinary collection of betel boxes made in Hyderabad around 1760 in gold, silver and enamel, encrusted all-over in diamonds, for £662,000 at Sotheby’s in 2013.

These two objects are on display at the Grand Palais. The exhibition also includes jewellery from the 20th century in a dedicated section. It includes unique pieces from contemporary creators such as JAR from France and India’s Viren Baghat. Some of them could  cost tens of millions of dollars.

François Curiel, the president of Christie’s in Asia, observes that ‘Sheikh Hamad is a connoisseur of high quality stones.’

The collector, for instance, bought a Belle Epoque ‘devant-de-corsage’, a giant brooch in the shape of a necklace by  Cartier after  an auction in 2014 where the object went under the hammer for $17.8 million. Dating from 1912, it consists of a 34-carat pear-shaped diamond, a 23.55-carat oval diamond and a 6.51-carat Marquise-cut diamond.

The Al Thani collection has already been exhibited at the Metropolitan Museum in New York in 2015, at the V&A in London in 2015-2016, at the Miho Museum in the hills of Kyoto in 2016, and will also be showing in Venice at the Palazzo Ducale from September. This prestigious museum circuit serves  to increase the interest and hence the value of these Indian jewels known for their extravagant luxury.

From the Great Mughals to the Maharajas: Jewels from The Al Thani Collection. Until 5 June. www.grandpalais.fr

(1) Nephew of the Emir of Kuwait. His collection was shown at the Louvre in 2006.