It’s exceedingly difficult to get insiders to talk about the current evolution of the art market. A number of them refuse to make any statement, others tend to stick to abstract analyses, while a third group prefers to remain anonymous. These attitudes can be explained by the fact that the market is at a standstill. While sales are necessary to ensure the survival of the system of galleries and dealers, in terms of the general global status quo no significant result has yet emerged.

According to Dominique Levy from the Levy-Gorvy gallery in New York, cited by CNN, business is down by 90 to 95%. Gallery viewing rooms have proliferated on the internet, but this has yet to constitute a major system for sales. Auctions, now all online, are presenting some satisfactory results, but still nothing remotely comparable to past transactions in either quality or quantity.

While this week sees the opening of the Frieze New York fair, exclusively online (from 8 to 15 May 2020. See soon the report here), the art market waits with bated breath. It’s clear that under the current circumstances prices will inevitably drop. But by how much and according to what rules? Here are some answers from influential art world figures.

Everyone agrees that the field of art today is what is known as “a buyer’s market”. It’s largely the buyers who are setting the rules according to their potential means and desire to consume art. Incidentally, our sources inform us that they are consistently seeing more bargaining. An influential private European dealer, who doesn’t wish to be named, believes that “the emblematic modern and contemporary artworks, which are on trend, have all been taken off the market to await better days”. 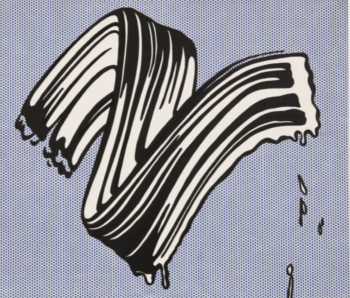 But Sotheby’s, who clearly want to create an atmosphere of anticipation, have just announced that in New York at the end of June they will be putting a painting up for sale in the purest Pop art style by Roy Lichtenstein from 1965, estimated at 20 to 30 million dollars. It depicts a large brushstroke on a dotted background. It’s a sophisticated piece that’s not so commercial, which magnifies the gesture of the painter.

Mimo Vedovi has a gallery with his brother Paulo in Brussels dedicated to the secondary market for modern and contemporary art (works that have already been in circulation on the art market) and takes part in numerous fairs. He is for example a specialist on the Belgian surrealist René Magritte. According to the Artprice database, prices for Magritte increased overall by 73.2% in 2019. “For the moment I don’t see any reduction in prices for Magritte. Generally speaking, over the past 15 years modern paintings have been bought by art fans who have considerable funds and haven’t needed to borrow to make their acquisitions,” says the dealer.

The Swiss private dealer Simon de Pury, former head of Sotheby’s Europe, auctioneer at the most high-profile charity sales on the planet and adviser to various collections, has chosen to spend lockdown in Monaco. According to him, the market has several clearly defined segments. “The world will be different post-Covid. It’s difficult to anticipate and the repercussions in art will be massive. There will be changes in tastes and artists who were fashionable before won’t necessarily be afterwards. If we take the top of the pyramid of prices, the pieces above 50 million dollars have vanished. In 1990 the market took seven years to return to a very high price level. Likewise for the works up to 20 million dollars, which would be circulating via private sales rather than public sales since sellers won’t want to risk a public failure during a period of such uncertainty. As for the paintings and sculptures between 10,000 and 100,000 dollars, we can imagine they’ll be subject to discounts of around 25 to 35%.”

In New York, Amy Cappellazzo is chairman of the global Fine Art division at Sotheby’s. She explains: “There are people who have plenty of cash and who are waiting for the ‘corona prices’ which will be on offer. However, if I’ve managed to make four private sales in excess of a million dollars since March it’s because they were high quality works. They weren’t really subject to a discount. But if you have an artwork, let’s say from the wrong period, of a prominent artist, it risks simply garnering no interest. There’s no urgency in selling average artworks. And if you desperately need money then you have to accept a very low sale price.”

In Paris, Hervé Loevenbruck, founder of the eponymous gallery and co-founder more recently of the gallery Loeve&Co, has already signed off on a reduction in prices in certain cases. “Every morning at 10 o’clock we present an artwork from our stock, on the secondary market, sold with around a 40% reduction to its initial price. Prices range from 1,000 to 15,000 euros and the transactions are generally made during the first half hour.” 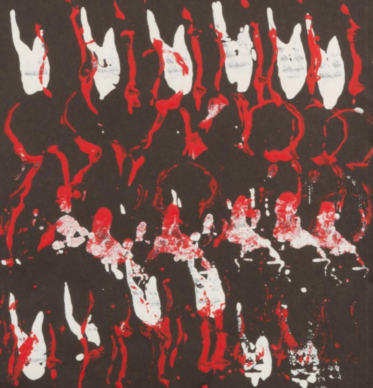 He cites the example of a gouache work by Arman (1928-2005), an “Empreinte” from 1963 sold for 4,000 euros, what he calls a “lockdown” price, compared to the 7,000 euros that would be requested under other circumstances. “These transactions pay the fees and the wages of our staff. On the secondary market we have to anticipate a reduction in values. We won’t be able to return to the level of past prices before 2023. But there are artists who have produced major works that are now a part of art history and whose value won’t drop. I sold a major paintings from the 1960s by Gilles Aillaud (1) for 500,000 euros during the lockdown. Its price was identical six months ago.” 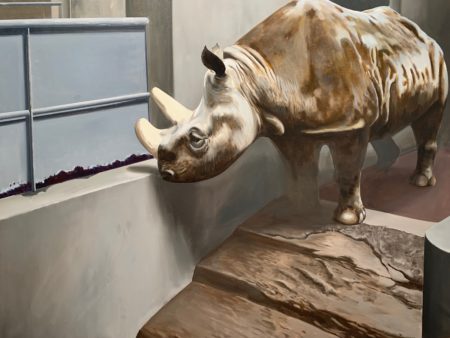 For now the art market continues to clearly operate at two speeds, distinguishing – with a few exceptions – the good works by good artists from the rest of the vast artistic output of the 20th and 21st centuries. This trend looks to set to continue and is likely to become more pronounced over the coming months.

(1) Gilles Aillaud is a French figurative painter who is currently the subject of a revival in the art world and art market. The Centre Pompidou was due to stage an exhibition of his work in 2022. However the whole museum calendar has now been called in question. 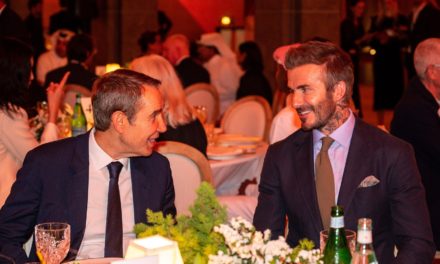