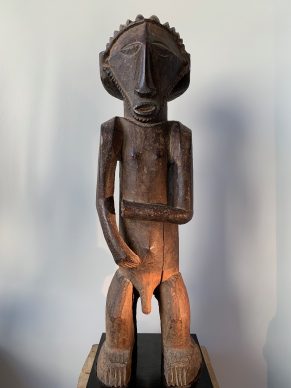 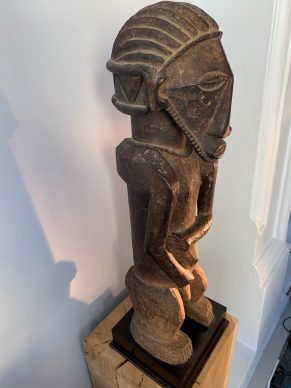 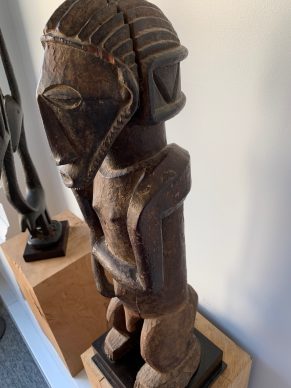 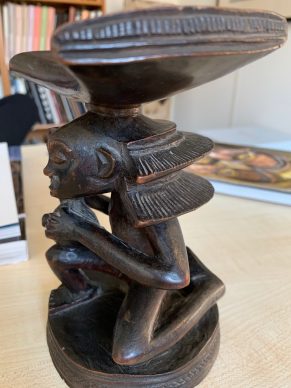 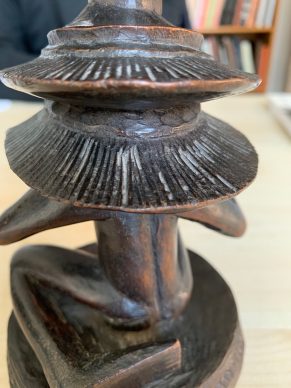 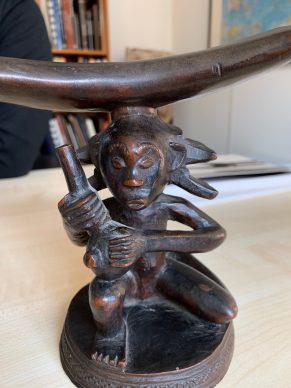 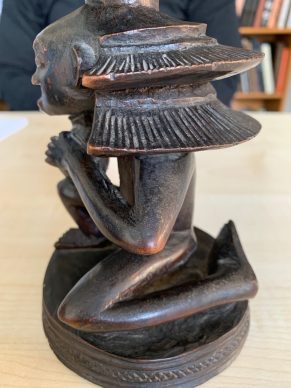 The world of African art collecting has been rocked by an announcement made by Emmanuel Macron on 23 November.

Following the submission of a report on the restitution of artworks to Africa, the president of the French Republic has decided to return 26 works requested by Benin, which were looted by the French army during the war in this country in 1892.

It’s a precedent that will go down as a landmark event in the museum world.

“This decision will have no impact on private collectors because it’s an agreement between States, but it does create a stressful situation,” observes a source who works in the African art trade.

It is within this context that two important auctions are due to take place in Paris – the city has clearly become the global epicentre of the market for traditional African art – on 12 December at Sotheby’s (total estimate: 6 million euros) and on 14 December at Drouot with Binoche et Giquello (estimated at 3 million euros, the French auction house is now positioning itself as a major player).

We should point out that the scale of values in this area has nothing to do with that of Western art.

So if on the one hand we talk about a record price in 2017 of 450 million dollars for a painting by Leonardo da Vinci, we must bear in mind that when it comes to tribal art the highest price ever paid at auction was 12 million dollars in 2014 for a Senufo statue from Ivory Coast.

But the sector is changing dramatically on various fronts.

Though it is still largely aimed at a small circle of connoisseurs spread across the globe, it is now attracting new buyers, including for the most expensive artworks.

In Paris Sotheby’s observes that they make up on average 15% of each sale.

These new buyers are keen on a certain type of information that used to be rare: the identification of artists, the ethnic group and tribe having up until now mainly provided the distinguishing markers for each artefact.

Indeed, the birth of the practice of collecting African art arose within a colonial context that had little interest in the exact authorship of objects, their creators being considered to be simple artisans.

According to Bruno Claessens, the Europe director at Christie’s for African and Oceanic art, it was a Flemish scientist, Frans Olbrechts (1899-1958), who in 1938 established a system for recognizing the work of certain masters according to precise and recurring details (the shapes of the ears, nose etc).

In 2001 the Brussels-based dealer Bernard de Grunne published the book “Mains de maîtres” (an English edition will be released by Fonds Mercator in spring 2019), which took the same approach.

“I have identified fourteen African ethnic groups, in each of which I have isolated a specific hand,” explains the dealer.

“In Africa the notion of the artist is very important, despite the fact that we do not know their names and the works are for the most part unsigned.”

On 12 December Sotheby’s is presenting a piece that bears the hallmark of one of the identified stars of African art: the Master of the Cascade Coiffure.

According to the Sotheby’s expert Alexis Maggiar, “only 18 works are known to us by this hand”. The item in question is a headrest made by the Luba people based in what is now the Democratic Republic of Congo. The object, which is of great beauty, is estimated at 1.5 million euros. It was meant to be used for resting by the dignitary who would himself have worn this type of traditional trailing hairstyle.

Several works by this master have been sold in recent years, including a headrest in 2016 which is supported by two such figures, for 2.2 million euros. Certain specialists like Bernard de Grunne and Bruno Claessens believe, however, that there is not just one but three different hands behind the Master of the Cascade Coiffure.

The catalogue for the 14 December sale at Binoche et Giquello features an anthropomorphic pulley from the Guro people of the Ivory Coast made by the Master of Bouaflé, estimated at 20,000 euros. Another example belongs to the famous collections of the Barbier-Mueller Museum in Geneva and bears similar characteristics: a turned-up nose, almond-shaped eyes and a prominent mouth.

But we don’t know the hand of the master who made the star lot at these auctions, estimated at 1 million euros: a Fang bust from Gabon. We can, however, return to the source of this fascinating glistening sculpture (which was covered in oil during rituals). According to expert Patrick Caput it depicts a female figure venerated by the secret Byeri society. “It was made by the Ntumu group from the North East of Gabon, most probably in the 19th century.”

As for the importance of identifying the hands of masters, Olivier Caput plays down the tendency: “certain specialists tend to make exaggerated use of it because they know that it can generate extra value.”

The market for traditional African art is still a relatively up-and-coming area, which requires a lot of vigilance and more specific labelling. 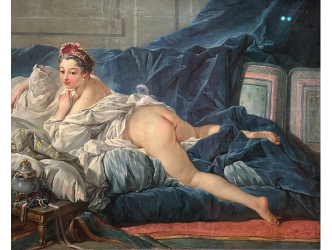