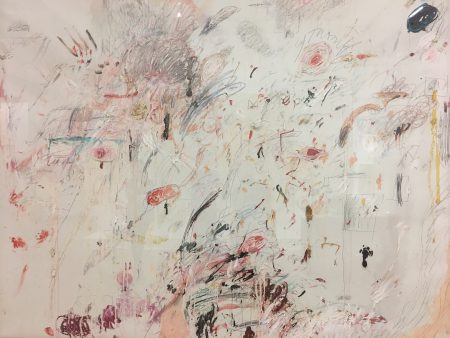 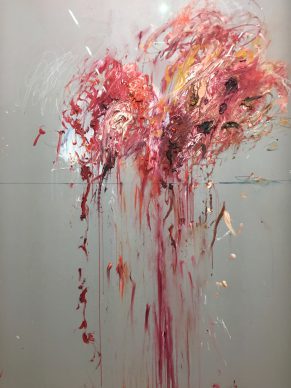 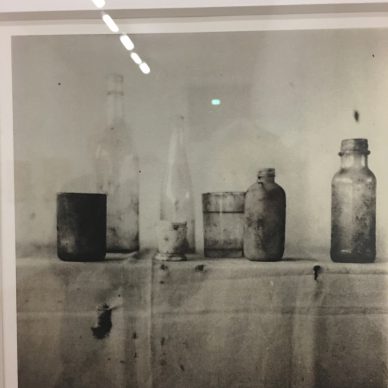 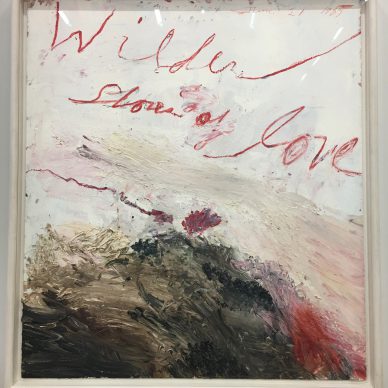 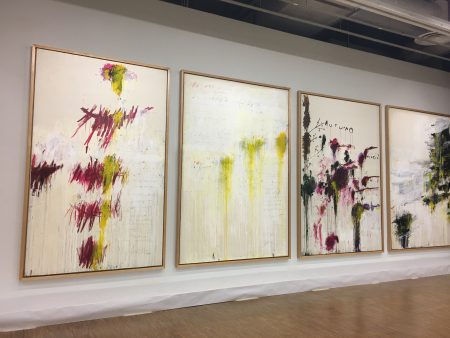 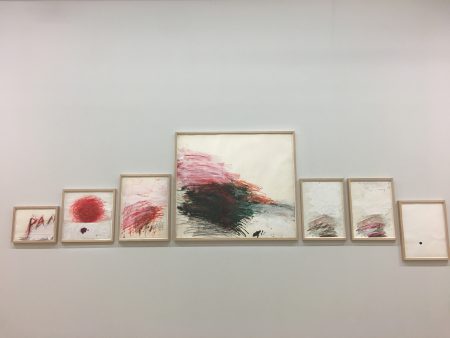 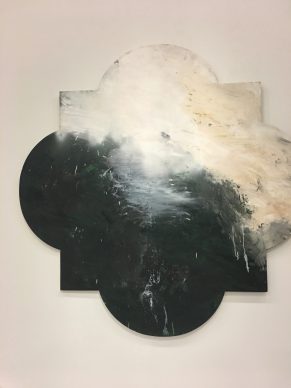 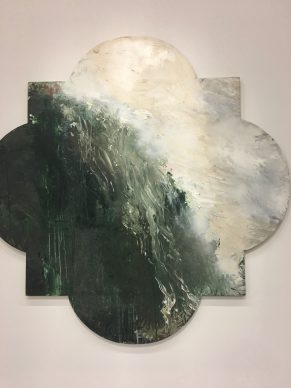 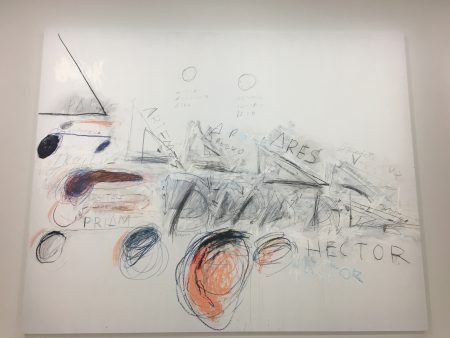 Nobody can emerge unscathed from this exhibition.

Mounted with exceptional skill by the Pompidou Centre curator Jonas Storsve with the collaboration of Nicola del Roscio who worked with the artist during 48 years ( he is now the president o f The Cy Twombly foundation), the retrospective of the American painter Cy Twombly (1929-2011) is a towering monument, a one-of-a-kind event.

Firstly, because it assembles around 200 paintings of his, something never attempted before, and secondly because its hanging,  in chronological order is both lucid and compelling.

Jonas Storsve explains why this exhibition is a real event:

Cy Twombly is a unique painter, someone who is mysterious and difficult to decipher, but who ends up getting under your skin.

The exhibition will be in Paris until 24 April and will not be travelling elsewhere.

It requires you set aside a good portion of time so you can see the paintings and drawings up close and at a distance, individually and together, trying to understand these works in an ever-evolving style that some call ‘palimpsests’ like those manuscripts where the original writing has been erased to make way for another text.

Twombly’s pictorial output comprises of legible and illegible writing, figurative and abstract painting, black and white and colours, but above all layers and overlayers, and consequently, erasures.

From the first room dedicated to his drawings one perceives a primitive streak. Jonas Storsve comments: ‘he unlearns to draw.’ And you’re reminded of Picasso and Paul Klee‘s quest before him.

Twombly gives his paintings bursts of energy, detonated shapes, explosions of colours and of black backgrounds too, which all speak about feelings.

Nothing is structured, or next to nothing. He comes after the Abstract Expressionism of his American elders Willem de Kooning, Franz Kline and others who he visited at the mythical Black Mountain community in 1951-52. Yet he would end up taking a different path. As Nicola Del Roscio explains ‘He reflected over the work for a long time. He ripened his project and ended up bringing it to life on the canvas in a flash.’

Twombly, and this is perhaps why he was shunned for a long time by America, decided to live a nomadic life, mainly in Italy after his marriage to a Roman lady  in 1959, but also in Egypt during winters, or else on the road.

He was immersed in literature, history of art and the classics – his father, who was a sports instructor, and his sister spoke Latin among themselves.

Without the viewer knowing it, the starting point for each painting is a Miro, Monet or Poussin painting – he had a special soft spot for this French painter who, like him, lived in Italy – or an episode from the Iliad or a contemporary novel.

The most breathtaking room is a monumental series on loan from the Philadelphia museum of art and travel for the first time since 1989. In an explosion of writing, painting, colour and geometric forms, he tells the story of Troy through ten paintings.

Among the amazing canvas is Bacchus painted in 2005. Nicola del Roscio explains that on that occasion Cy Twombly was inspired by the news to create a picture of blood and excess:

The exhibition closes with his last paintings: giant yellow and red swirls against an apple green background. A very powerful desire for life, both violent and monumental, at the age of 82.

The paintings in this retrospective have to be experienced. The reproductions simply do not do justice to their real visual impact. 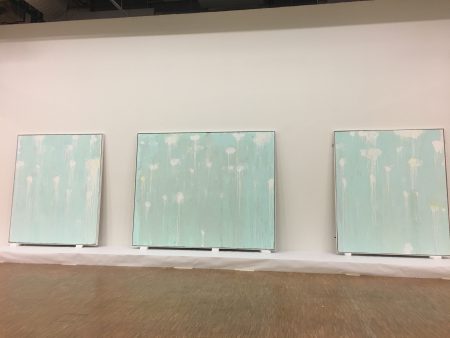 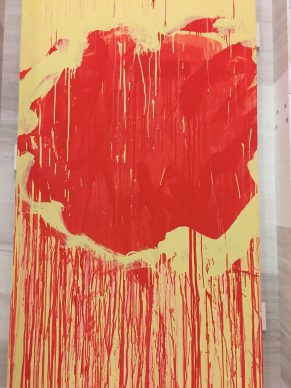 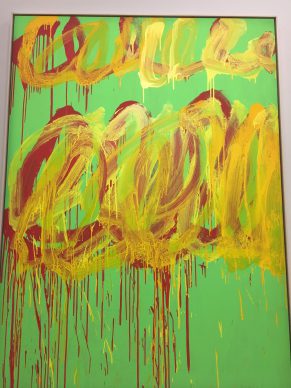