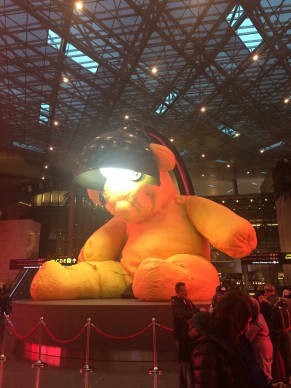 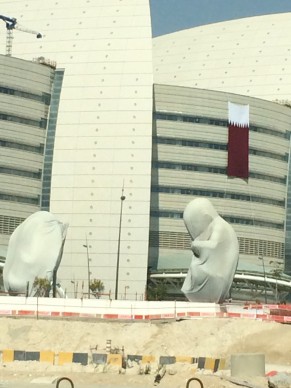 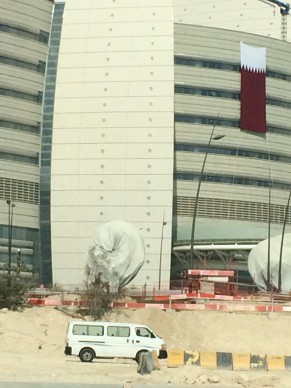 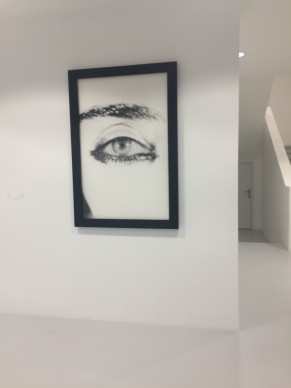 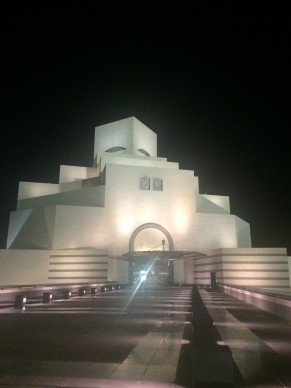 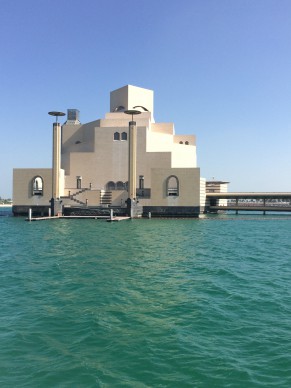 Doha in winter is perfect. 24 degrees. Zero tourists and guaranteed empty museums. The city towards which all eyes of contemporary art have turned, the city of superlatives in millions or even billions of dollars for several years is now strangely silent. The story began with Sheikha Mayassa, bright young woman, daughter of Sheikh Hamad of Qatar, who has ruled the country for 18 years. His beloved daughter, full of initiatives, a former student at Columbia had a vision for the art. Within five years she has managed to make this unknown country in the art world, become a hub of major contemporary art exhibitions; the most daring and the most expensive art. She has managed to attract the most brilliant artists or to be precise the most famous ones. A colossal exhibition dedicated to Murakami another colossal one dedicated to Damien Hirst… To achieve this she has been the main sponsor of the Japanese artist at Château de Versailles and of the English artist at Tate Modern in London. To be fair one should credit her with the remarkable exhibition devoted to Chinese art star Cai Guo-Qiang; The retrospective dedicated to him in Qatar was even better than the one Tom Krens had organized at the Guggenheim museum in New York.

In this country it is difficult to distinguish between family wealth and the national wealth. Who bought what? To put where? The wildest rumors were fed by the art trade on a series of acquisitions for huge sums from the top of the Qatari hierarchy, father, daughter and husband. There is no doubt that major purchases were made. But it also looked like there were unfounded rumors. Latest, the famous pastel Munch “The Scream” which went for $ 119.9 million. To Qatar really? Not at all. Indeed it actually remained in New York and today it hangs in the living room of the businessman Leon Black on the Upper East Side …

Since June 2013 in Doha has changed radically. Sheikh Hamad ceded power to his son Tamim. At 33 he became the youngest Gulf monarch. He had well known excesses in all types of investments including that of art. The Pharaonic costly art projects have been closed. The last big project of its kind was a huge installation by Richard Serra in the desert, following on from the creation of a steel tower which now dominates the waterfront in the center of the city (photo). The main contractor for these projects was the former head of Christie’s Ed Dolman. Like many of the employees of the Sheikha, he’s now gone. He is back in the art trade, at the head of the house of Anglo-Saxon property sales of two Russian businessmen, Phillips.
Mayassa certainly made two mistakes: she has confounded art and the art market. Being a highly rated artist does not always mean being a relevant artist. But she has involved the best for the staging of Qatar’s artistic projects. So it’s Massimiliano Gioni, Head Curator at the New Museum in New York and the last Venice Biennale director, who unexpectedly was selected as the curator of the Murakami exhibition.
Her second mistake was certainly due to her increasingly high profile in a country where remaining below the radar is a matter of survival. I wrote profiled her back in 2008. At the time almost 10 museums were planned.
Today you can visit the beautiful Museum of Islamic Art designed by IM Pei, opened in 2009 (photo).
This year is supposed to mark the opening of The National Museum, designed by Jean Nouvel as a pile of sand roses. On what still look like giant shell carcasses is written on a huge board : “We will build a happy architecture.” A happy architecture?
As for the Orientalist museum with a design by Herzog & de Meuron, which was due to open in four years, no one speaks of it anymore.
Al Riwaq still hosts art exhibitions but their website is abandoned even though there is currently an exhibition – hence why I missed it.
Finally in the museum called “Museum” in Arabic, Mathaf, we can see a show dedicated to the famous Iranian artist living in New York: Shirin Neshat. The choice is brave. It clearly speaks of violence, mistreatment of women. It deals with this aesthetic in black and white of Islamic law applied in Iran. That said, for all those who visited the previous exhibitions in Doha, this one is striking for its modest size. Watch a clip of her video installations.
The other striking thing is the series of sculptures that were commissioned from Damien Hirst to be installed in front of some buildings of Qatar Foundation.
The New York Times made a video on the subject. This is a series of sculptures explaining the gestation period of the fetus. 216 tons of metal for the great drama of the human adventure. Which is clearly not to everyone’s taste as they are remain covered up

International journalists are no longer invited on press trips to Doha, therefore no one has been made aware that the Hirst sculptures are still under wraps.
The work of the French artist Adel Abdessemed showing an oversized french football player Zidane and his famous head-butt, installed on the Corniche generated a tidelwave of vengeful tweets from the most traditional population. His fate had been more severe: it was dismantled, its current whereabouts unknown.
What are these veils? Local explanations: it does not disavow Mayassa but this vision gene part of the population. Religion requires.
Today local sources say the Sheikh’s sister no longer has the budget to implement her cultural ambitions.
It is somehow a weist as she established a recognition in the museum business for her country very quickly.
As often in the Middle –East, ruling families in time could still work things out.
A last symbol of the golden age of art in Doha is in the middle of the Duty Free a huge teddybear lamp, fruit of the imagination or memories of the prominent Swiss artist who lives in New York, Urs Fischer (photo). Tourists pose with the mascot of a state’s cultural desire. 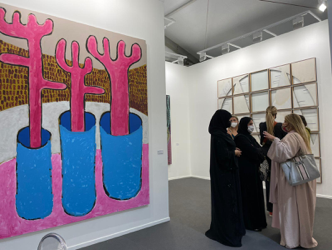