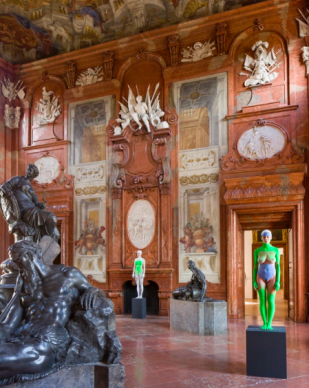 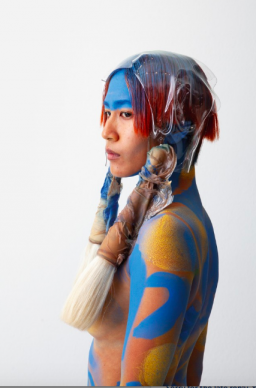 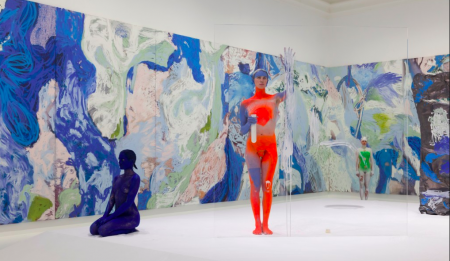 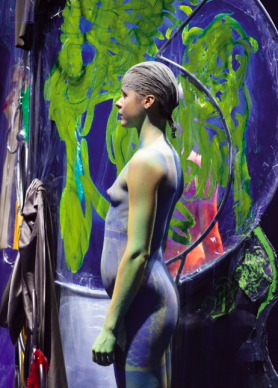 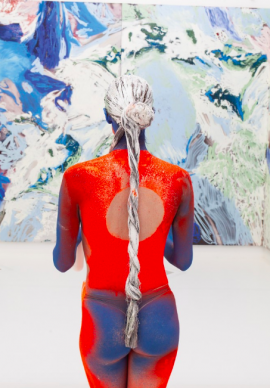 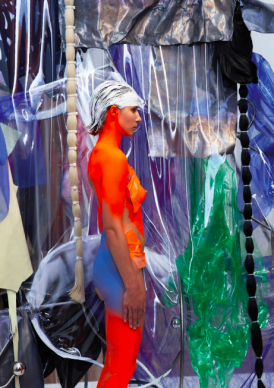 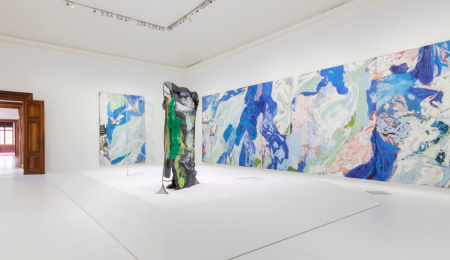 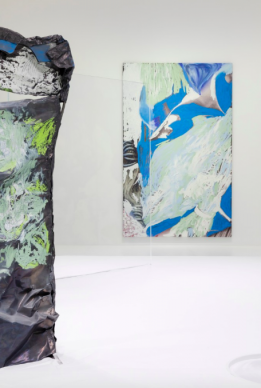 There are names that circulate in the contemporary art world which resemble little refrains that get stuck in your head.

You hear them here and there at art fairs and museums on the other side of the world, you spot them in sophisticated programmes, yet you’re so preoccupied by the mass of information that you can’t even attempt to identify their work.

For a few years, this was the case for me with Donna Huanca (born in 1980), an American artist of Bolivian origin who lives in Berlin.

That is, until the day in 2017 when I saw an extraordinary performance of hers organized at Art Basel by the gallerist Javier Peres from Berlin. The rituals she establishes are unique.

She doesn’t participate in them directly, but instead stages an immersive aesthetic context (complete with sound, smells, sculptures…) with performers walking around covered in body paint.

She also prepares these performances in her studio in the presence of models, which she documents with the aid of photography (Javier Peres insists that these photos are not works of art) and from this she produces paintings on canvas.

She starts by making collages of printed images, which she then paints over using the same raw materials she worked with on the bodies of the models, usually with her hands. This has been her work process for seven years and according to Javier Peres it’s evolved a lot in recent years. “She’s fascinating because her work is a mixture of intuition and intelligence. It all comes from her heart and her gut, but also from her knowledge and her Aymara heritage. The Aymara are a people who live in the Lake Titicaca region.”

Donna Huanca willingly applied herself to the one-minute answers game. Her comments are well articulated. The comparison with Yves Klein, which people often make when discussing her work, is not seen to be flattering. Our meeting took place a few months ago while she was preparing for her large-scale retrospective currently showing until 6 January at the Belvedere Museum in Vienna. Javier Peres also promises there will soon be an exhibition at a museum on the West Coast of the United States.

Why and where did you become an artist?

What do you think of Yves Klein?

Is performance the key to your work? 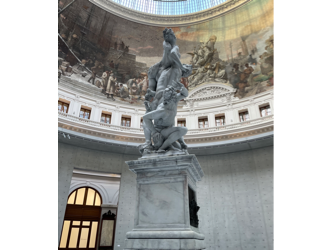