Museums: the highest idea of a man

“The museum, after all, is one of the places that give us the highest idea of man (…) The role of museums in our relationship with works of art is so great that we can hardly conceive of the fact that they have existed here for less than two centuries (…)”. When the writer and future culture minister André Malraux, who would be the first to hold this office in France, published his famous text “The Imaginary Museum” (Le musée imaginaire) in 1947, he could never have foreseen that 70 years later the world’s major museums would be closing their doors. But that is what’s happening today. Each country is different in terms of specifics, funding models and reactions.

The first big shockwave in the field that gives us “the highest idea of man” took place across the Atlantic. On 18 March 2020 one of the most famous and wealthiest institutions in the world, the Metropolitan Museum in New York, made an announcement to their employees via a message from their president and director that they were anticipating future losses estimated at 320 million dollars.

This prediction came only five days after the closure of the museum. Cultural circles were stunned, not just because the statement was made right at the onset of measures to combat the health crisis, but also due to the fact that the Met has an endowment fund with reserves currently estimated by the American press at 3.6 billion dollars. This is where some explanation is necessary.

To secure a financial stability

Contrary to the majority of the large museums in Europe, the Met is almost entirely privately funded. To account for this, the endowment fund was set up; a giant investment nest egg to secure the museum’s long-term financial stability, which would allow some museums on the other side of the Atlantic to contemplate the future calmly. Except right now it’s inevitably subject to various challenges. Moreover, the Met was having financial difficulties for some years  now.

The first to suffer the consequences

The director of the museum, Max Hollein, refused to respond to our questions. As is often the case in the United States, it’s the employees who will be the first to suffer the consequences of an unfavourable economic situation. The Metropolitan Museum is apparently anticipating scaling back its ambitions once it reopens, at an unknown future date, and therefore announced finally  that they would be continuing to pay their staff only up until 2 May 2020.

The flagship American museum thus set the tone, triggering an avalanche of announcements of staff being sacked from various cultural establishments across the vast continent. These include the 97 people who were dismissed from Moca in Los Angeles, and the three quarters of the 165 people recently made unemployed by Mass Moca in Massachusetts, followed by the Hammer in Los Angeles, the New Museum and the Whitney in New York. These measures were evidently accompanied by the museums’ closure for an indefinite period.

Luckily, the situation at present is not all doom and gloom across the US. Lacma, directed by Michael Govan, has also closed its doors, but for the moment it has guaranteed to continue paying the wages of its 500 employees.

A sum for emergencies

The director of Lacma explains that at this establishment a sum of around 20% of the annual budget has been set aside over time in preparation for emergencies like the present one. “For the time being we are able to pay our employees. But clearly our funds are not infinite,” he says. 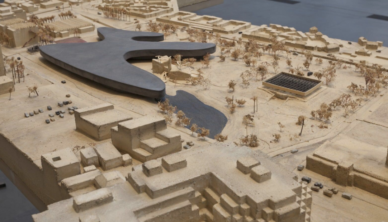 Michael Govan has been very lucky. It’s only in the past month and a half that he has completed a particularly ambitious funding round, which raised 650 million dollars. This is the amount required to rebuild Lacma by 2024, a project designed  by Swiss Pritzker Prize-winning architect Peter Zumthor, which will apparently double the museum’s exhibition space. It’s a massive project that has also proved controversial, as it’s one of the most ambitious undertaken by any museum in America today. According to Michael Govan, nothing about the next stage has been called into question. “We received another donation last week.” He claims that the project is necessary because the buildings are in poor condition. “Lacma has been nicknamed Leakma for a long time. It was time to take action.”

Jobs for hundred of people

He also anticipates that during the crisis period, Lacma and its renovation, which will take over three years, “will provide jobs for hundreds of people”. 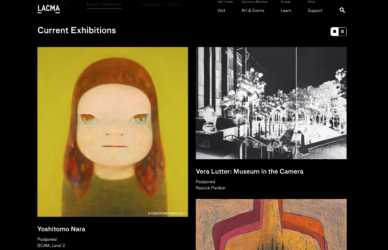 Like all museums, Lacma is multiplying its online projects while awaiting the opening of its buildings at an unknown future date, or at least those that aren’t due to be renovated. Their teams are working on educational projects and also on finding “new ways of exhibiting works of art that take into account the rule of visitors keeping six feet away from one another. There are certain practices that we will now have to get rid of, like for example the explanatory signs in exhibitions under which everyone congregates,” says Michael Govan.

The Michael Bloomberg of Los Angeles?

More generally, thanks to his experience, he remains optimistic. He ran the Dia Foundation in New York at the time of the 9/11 attacks and during the crisis that followed. “I witnessed immense generosity during that time. Michael Bloomberg in particular helped the cultural sector by donating from his personal funds.” Who will be Bloomberg’s equivalent in Los Angeles to ensure the continued existence of the city’s museums? “Everyone’s asking me that. I don’t have the answer, but I know that right now the philanthropists are monitoring the situation closely.” 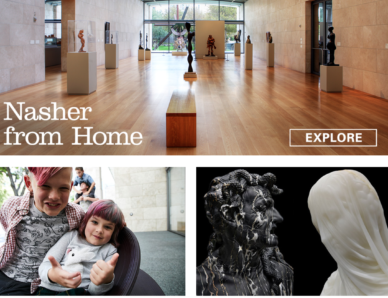 In Texas, while Dallas is known for its oil companies, it also enjoys a solid reputation in the museum world. This is because it is supported by a group of philanthropists who are also high-level collectors. It was businessman Raymond D Nasher (1921-2007) who opened an institution under his own name in 2003, the Nasher Sculpture Center, designed by architect Renzo Piano and dedicated to his passion: sculpture. It’s a world state-of-the-art example of the genre.

To ensure its sustainability, the establishment also has an endowment fund estimated at 100 million dollars at the time of writing. “But this amount fluctuates daily,” emphasises Jeremy Strick, the director of the museum.

At the Nasher Center jobs have been kept, for now at least. “But we are entering unknown territory,” cautions Jeremy Strick. The museum’s immediate future could start with the reopening, in the first instance, of the only park, which ordinarily attracts many families, and which would allow people to respect social distancing rules which will be in force following the confinement. 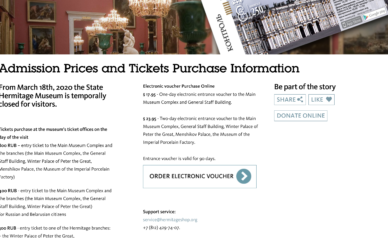 One of the museums that the curious types in the art world dream of is the Hermitage in Saint Petersburg, with its palaces crammed full of almost 3 million objects and its fabulous collection of paintings assembled by Catherine the Great.

Mikhail Piotrovsky has been the director of the establishment for no less than 25 years. The museum’s official press service, Tass, recently announced the creation of a new post at the helm of the Hermitage, that of president, which the current director will soon take on and hold concurrently. He explains:

As a director he has seen various crises come and go, which means he takes a philosophical view: “You know, when I arrived at the Hermitage the budget for the museum was 70 times less. Today, 35 million dollars are provided by the State. Entry, events etc. finance the other half of our annual requirements. We can’t deny that the situation is difficult, but it’s not the first time this has been the case.”

Priority to jobs and international cooperation

The director is prioritising keeping jobs, but he also insists on the need to maintain links with the rest of the world: “We have the duty to explain that exhibitions are important and that international cooperation between museums is crucial.” And whatever you do, don’t tell him the Hermitage is closed.

“A museum does not exist solely through its visitors. Since closing access to the public on 18 March we have been organising a whole panoply of virtual visits, including five continuous hours of footage filmed on an iPhone. If you want to understand Rembrandt, I advise you to first take a virtual visit before coming to the Hermitage. You will have a better understanding of the complexity of the painter’s work… In one week, after the closure, our website had over 4 million visits. That is an extraordinary number, ordinarily we wouldn’t have that many visitors to the museum in a year.” 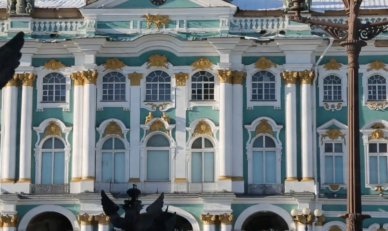 Read the second instalment of the report on “how the world’s museums are responding to the crisis”, coming very soon.

Venice Biennale (2): the Olympic Games for contemporary art . And the winners are…