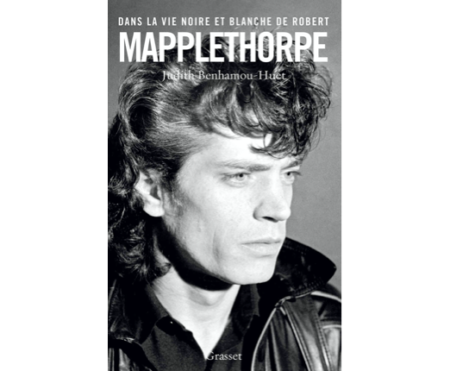 > Return to Books
1 The End

In the beginning was the family.

In the beginning was the family picture.

Photography is family first and foremost.

Memories: an accumulation of virtual photographs. A reorganization of frozen frames by the person doing the remembering.

James Joyce, the father of Portrait Of The Artist As a Young Man, begun by writing: “The past is made of a fluid accumulation of presents.”

They’re all beautiful, these kids.

Like his brothers and his sister, his eyes are sparkling. Yet most of the time, Robert is elsewhere. Robert is well behaved but far away. Except once, snapped alone with his mother on the occasion of his First Communion. He’s wearing a large white floppy necktie and an immaculate knot tied around the arm of his too-big, too-cheap suit. Here, Robert grimaces. In English people say that he’s making a face. He’s making his face. That of someone who’s not where he belongs

Some people always have deeper gazes in photographs. It is these people you’d like to get to know.

In a 1988 interview, he recounts: “When I was a kid, I was maybe sixteen, I found myself in a situation where I was with a disgusting old man who wanted to take nude pictures and who was insisting, who was pulling on my clothes to take them off. That was horrible. I’ll never do anything like that to anybody. I don’t even want anybody to do anything he doesn’t feel like doing.”

If there’s violence in Mapplethorpe, it is because it’s an accessory to pleasure. Feeling good through feeling bad.
Mapplethorpe was brought up in the Catholic Church.

As Jean Genet would say in his Querelle de Brest, “‘You like it, don’t you, looking like a thug. You deserve…’ (He hesitated, not knowing whether he’d say, “All the kneelings, all the caresses of the seraphs’ air, all the lilies’ perfumes…”) You deserve punishment.’ Querelle looked him in the eye.”

Robert looks the lens in the eye.

Himself in a photograph: intimate with the lens and therefore with the unknown spectator. Intimate, certainly, but neither ridiculous nor ugly. Here he is looking back at the camera, a whip literally in his ass, with a learned and diabolical swaying of his hips (Self-Portrait, 1978). Just like Miles Davis, the jazz trumpeter, in concert during his last years. I am confiding, I am giving myself. I’m also taunting you. I’m offering my tails.

A catalogue of his frozen frames. And, over and over, his cock: the key. But also his hand, his arm, his face, his pleasure, his disease… Everything went. His photography remained.

Others in photographs: intimate or plastic. Neither ridiculous nor ugly. First and foremost, practicing what they preach: pleasure at leisure.

Snapshots. These are the images that will make Robert’s reputation:

—I drink your piss in the shadow play of some sort of California ship hold (Jim and Tom, Sausalito, 1977).

—I am hung like one of Rembrandt’s or Soutine’s meat corpses but sheathed in leather. I am a painting of the desire to suffer (Dominick and Elliot, 1978).

—I am as beautiful as a sculpture, posing on a pedestal covered in drapes (Bob Love, 1979).

—I am as beautiful as a man. Because I am a muscular woman (Lisa Lyon, shot at least 184 times).

— I am posing for the photo and I am a boyfriend, a girlfriend, a young thug… The countless charms of these men of the night… I have just had a sexual encounter with this guy and he asked if I would pose. I’ll get a print of my portrait in exchange. 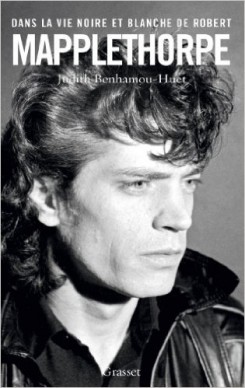 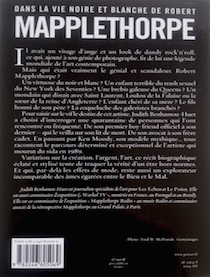