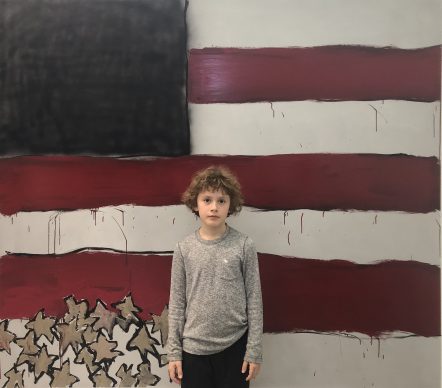 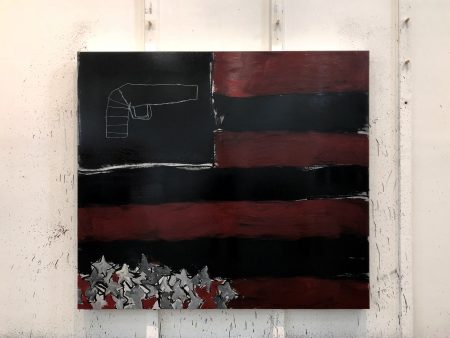 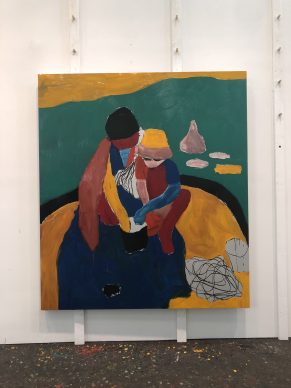 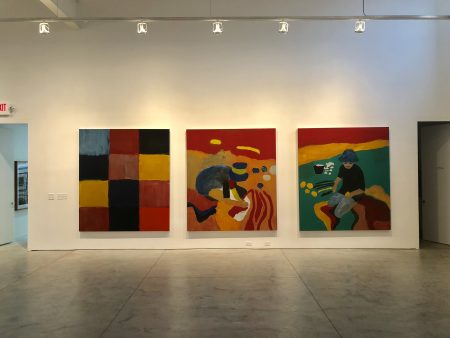 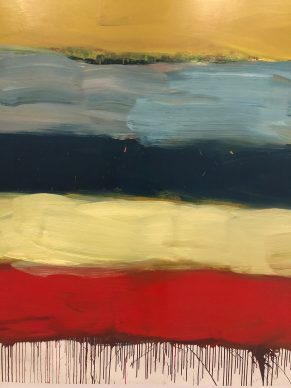 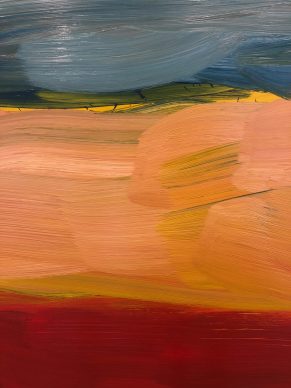 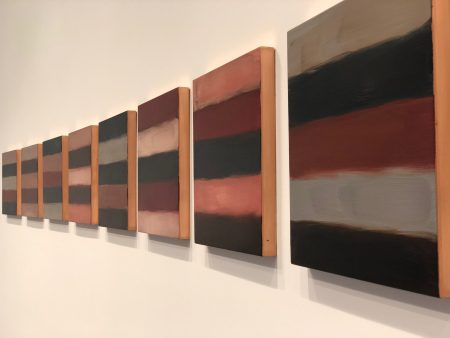 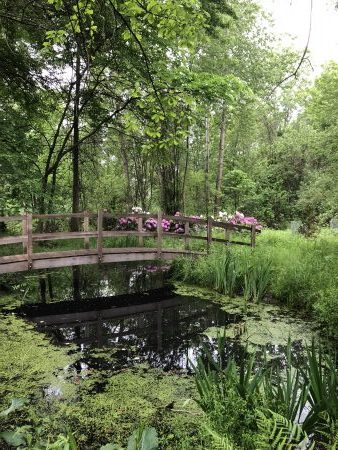 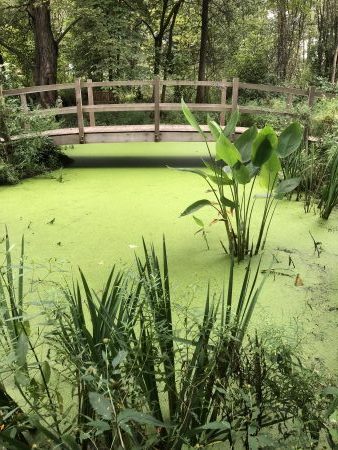 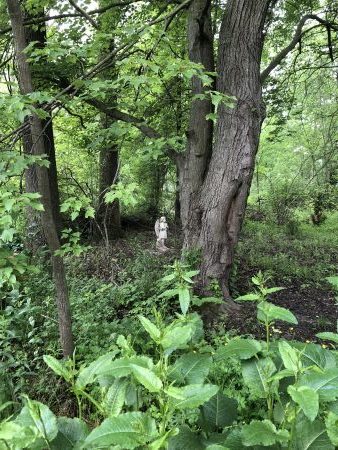 Tall in stature, he moves slowly. His face is stern. He has thin lips. A shaved head. He could play the role of a bad guy in a film.

He has a reputation for being difficult, but after spending a short time in his company you realize he’s more than willing to laugh and to eventually let his guard down.

I met the Dublin-born artist, now an international abstract art star, on the occasion of his exhibition at his new gallery in London, Blain/Southern, where they’ve pulled out all the stops to celebrate him: a big solo exhibition, an invite engraved in metal (in reference to the base of his paintings) and a big opening dinner.

There’s no doubt about it, Sean Scully is very ambitious. He talks about a desire for influence.

Still, it’s rare to come across painters like him who have so many international projects. There’s a long list of his exhibitions (1). But what really ignites his interest and currently absorbs him is his new work.

Returning to what has become his signature style, polychrome stripes with uneven edges, he has developed the idea of depicting American flags where the stars have disappeared and have been replaced by a gun.

“This is a country that’s killing its children,” declares the American and Irish citizen.

“But right now no institution dares display this work in the United States.”

Admittedly, the history of 20th century art is littered with American flags, but those of this series entitled “Ghosts” – “democracy is disappearing,” he explains, “it’s all about the ghost” – have a fascinating power.

It would appear this new verve is connected to his personal life. He lives upstate New York with his wife and son (“My biggest project is my son”): Oisin, born in 2009.”I love him more than the sun and the moon”.  He’s going to be displaying a series of portraits of him at the Albertina in Vienna next May. More figurative art.

He says: “Abstraction has gone too far. The closest to what I want to do is an abstraction that would have been appreciated by Matisse and Picasso. Actually, I see myself a little like Claude Monet,” he adds, showing me on his phone the reconstructed Giverny garden at his house. “Like him, I have one foot in the past and one foot in the future. In my work, through the choice of colours, there are also intrinsic references to Manet and Courbet. But given that I was born in the present day I’m doing something else.”

Surprisingly, he doesn’t think Rothko’s work is all that important. He wants to create an impure abstraction. “Purity is frightening. What I do is romantic”.

To hold the interest of this giant of abstract painting, I should say that I altered my line of questioning over the course of the game of answers in almost 1 minute, to which he applied himself willingly.

Having dropped the bomb of his figurative “Ghosts”, finally in his last answer he says that the memory he would like to leave behind is that of a painter who has humanized abstraction.

Paradox seems to be the prerogative of interesting people.

What are you trying to do when you are painting?

Where do you place yourself in the history of abstraction?

What do you want people to feel when they look at your paintings?

I visited your exhibition at the Hirshhorn. Do you begin with photos?

How does it work technically. Do you make a drawing first?

What about success. Is it important to you?

What’s your next dream? 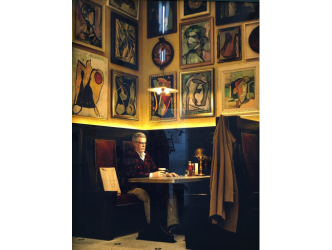 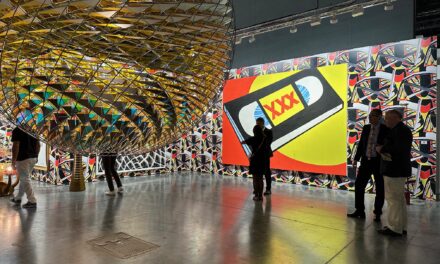 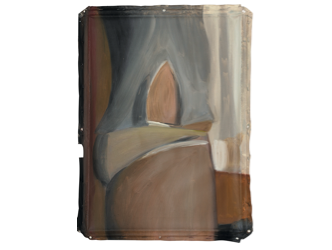