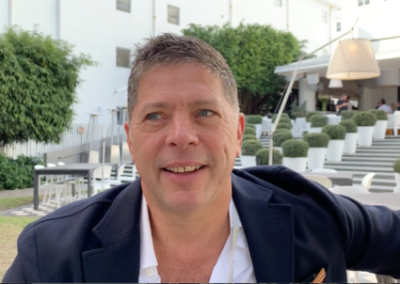 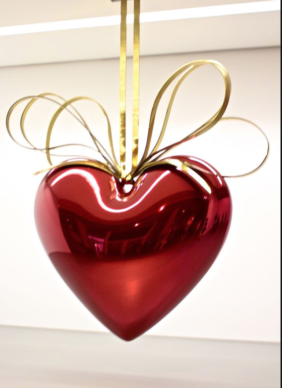 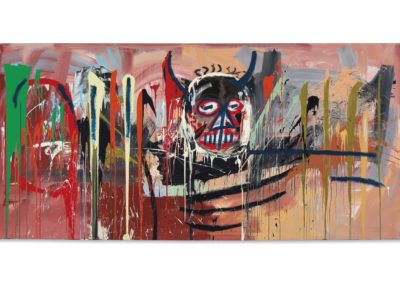 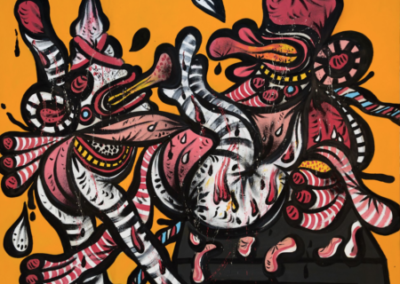 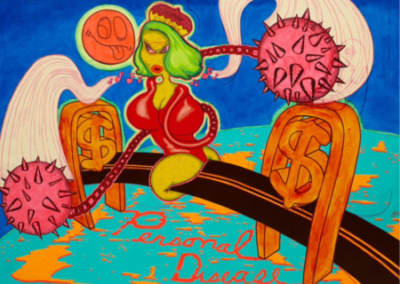 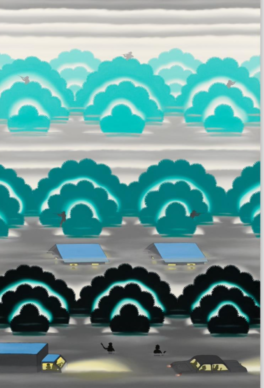 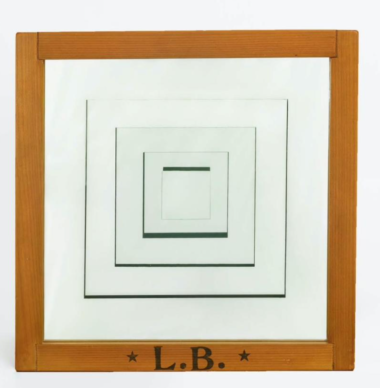 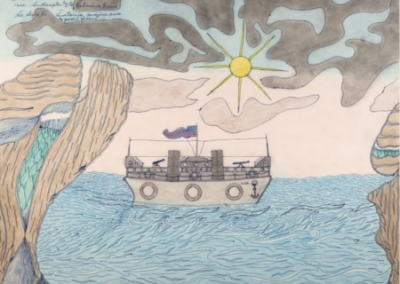 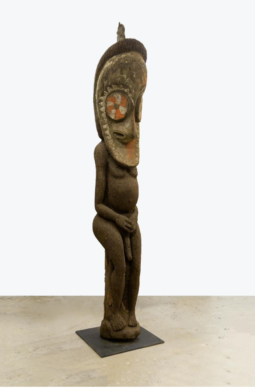 Imagine a gleaming red heart made of metal measuring 2.7 metres and weighing 1500 kilos which is suspended from some sort of golden thread. A symbol of love no doubt but also at the same time the embodiment of a kind of glossy perfection characteristic of the late 20th century. An object that also reflects the viewer.

An object that is ultimately reflective in various ways, made by Jeff Koons. In 2007 it was sold at auction at Sotheby’s in New York for what was then the record price for the artist: 16.1 million dollars.

The buyer was reportedly Ukrainian oligarch Victor Pinchuk. It was sold by an American gallerist and collector whose name is Adam Lindemann (born in 1962). The affair caused quite a stir.

Adam Lindemann had bought the work a few months earlier from the gallery allegedly for 4 million dollars.

In May 2016 he also put up for auction at Christie’s a large canvas by Jean-Michel Basquiat dating from 1982, featuring a death mask with horns at its centre.

It was also sold for a price that was a record for the artist at the time: 57.2 million dollars.

It was the Japanese collector Yusaku Maezawa, founder of online retail website Zozotown, who acquired it.

Lindemann bought the painting early, in 2004, for a sum that at the time seemed huge: 4.4 million dollars. But in twelve years he made a profit of over 50 million dollars.

A feel for the art market

This man, who is rather jovial with clear blue eyes and a loud laugh, and who speaks French perfectly – he studied at the French Lycée in New York – has what you might call a feel for the art market.

For this he exhibits at least two key virtues: he knows that timing is crucial, and he is able to follow his intuitions.

He’s also married to an art dealer, Amalia Dayan, co-founder of the Luxembourg & Dayan gallery, and he comes from a wealthy family.

His father George Lindemann, who died in 2018, was ranked 722nd in the Forbes list of global fortunes in 2016. It was this fortune that enabled Adam Lindemann to sell at the right moment using his intuition, and not out of necessity.

The art market’s major players, who are generally fairly scathing about each other, are laudatory in Lindemann’s case. “He perpetuates the tradition of the enlightened man with multiple unexpected interests,” comments Jean-Olivier Desprès, former director of Gagosian gallery and new partner of Sandy Heller in Paris.

“He’s a distinctive figure who loves art so much that he’s opened a gallery where he displays artists who are anything but fashionable,” also points out Grégoire Billault, head of contemporary art at Sotheby’s in New York.

Because although Adam Lindemann knows how to make money with art, he is also a great lover of lost causes (in terms of profit) in this field.

He collects tribal art, a sector reserved for insiders.

His university friend from Yale, the Belgian dealer Bernard de Grunne, observes: “he has a very good eye. He doesn’t buy much but when he does it is of an excellent quality. He possesses an Uli statue from New Ireland which is exceptional.”

In 2012 this art all-rounder opened a gallery in New York called Venus Over Manhattan, on Madison Avenue, in the same building as the historic Gagosian gallery. There he most often displays artists who have been forgotten or neglected by the market.

This is the case, for instance, with Maryan (1927-1977), an American-French expressionist painter marked by his experience in the concentration camps.

This is also the case for Peter Saul (born in 1934), a Californian pop artist with elements of trash. Saul is not a market heavyweight and in 2019 only eleven of his works went to auction. His record price, which dates from 2016, was obtained in the United States for a canvas measuring 4 metres in length painted in 1974 and sold for 575,000 dollars. But he is now the subject of a certain revival, under his impetus among others.

In Paris the Almine Rech gallery is staging an exhibition of Saul’s work from 18 January to 29 February (1). The Musée des Abattoirs in Toulouse is closing a retrospective of the painter on 26 September 2020 (2).

The New Museum in New York will be dedicating an exhibition to him from February 2020 (3).

Adam Lindemann is no stranger to paradox. It so happens that the lover of art and lover of profits in art also sees himself as an upholder of justice for art. It was he who for instance in 2015 wrote that art shouldn’t be an investment.

And today he recognizes that certain prices for living artists, like Mark Grotjahn or Mark Bradford (4), beggar belief.