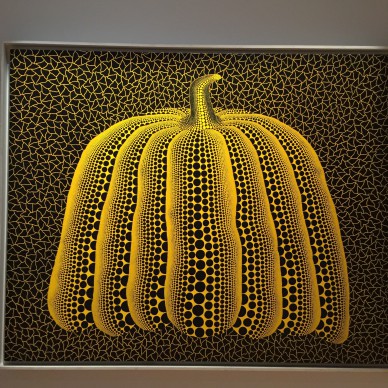 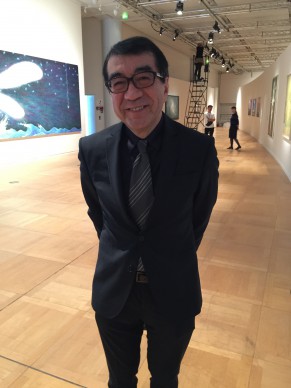 What is it that drives collectors to accumulate works of art, to get into debt, to travel around the world to see the works of their protégés and, sometimes, to eventually present the fruits of their labors to the public’s gaze?

Back in 2008, I published Global Collectors, a book that painted an overview of this most likeable of pathologies through 120 collectors from the world over. One collector was missing from my collection of collectors: a Japanese psychiatrist. I recently found him at the Maison de la Culture du Japon in Paris, where a selection of works from his collection is on view through January 23, 2016 (www.mcjp.fr). His name is Ryutaro Takahashi. He’s one of the most renowned collectors of Japanese contemporary art. His specificity, as a psychiatrist, lies in the fact that one of the cornerstones of the group of works he has accumulated since 1997 (about 2,000 of them) started with an artist who reportedly spends most of her time in a psychiatric hospital, Yayoi Kusama. Still, she’s one of today’s art stars as well as a star of the international art market. Takahashi expresses his opinion about the artist and his collection quite openly, which is unusual for a Japanese person.

On Kusama and Pop Art:

“Ever since the end of the ’60s, Kusama has been a real star in Japan. I was following what she was doing. When she exhibited in Japan in 1995, it made me feel like collecting again. I was only acquiring small works in the ’90s; her exhibition gave me a new impulse. No one had fought against his or her time like she had through her activism. Her works follow a very minimalist aesthetic, yet at the same time they contain tremendous organic energy. In fact, Yayoi Kusama considers herself to be the contemporary art practitioner of the postwar era. For instance, she believes that, in the Pop Art field, other artists imitated her.”

“Her polka-dot paintings have nothing to do with Hiroshima and the skin diseases associated with it. Her traumatism comes, very simply, from her mother. You know, and it’s deplorable, among many Japanese people there’s no collective consciousness about Hiroshima. Anyway, at the time, Kusama lived in her native countryside, in Nagano. I’ve had several conversations with her. The dots that appear on her paintings are really more associated with her vision of her mother. They’re the manifestation of a psychiatric psychology. For me, her polka-dot paintings are rather meant to be associated with Munch’s Scream, for instance. But her psychiatric disturbances get transformed into energy. She controls and frees herself by making art. And in doing so, she makes sure that her disturbances do not get worse.”

“As of today, I own 50 of her works, but I can’t buy anymore. They’re too expensive. I am less drawn to her current production.”

On Kusama’s permanent stay in a psychiatric hospital:

“In fact, practically speaking, she hardly takes any medicine anymore. Her stay in a psychiatric hospital today is more akin to an artist’s residency. She is 85 years old. She is the subject of the doctors’ and patients’ attention and support, like in a big family.”

Please note that in the Paris exhibition, only one canvas by Kusama is being shown, among the forty or so works by Nara, Aida and others. That particular canvas represents a pumpkin, an object with a reassuring shape, according to the psychiatrist. (The photo of the white-dotted red installation was taken at Moscow’s Garage last June.)