Are Old Masters a Better Investment than Contemporary Art? 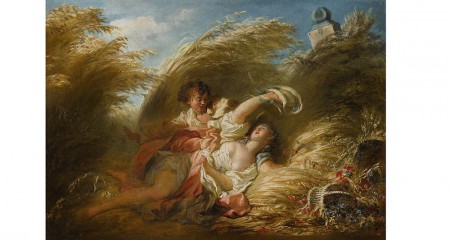 The art market doesn’t do art justice. In other words, on one side of the ring are modes of art consumption centered on contemporary art, and on the other is art history, filtered by centuries of well-informed eyes. It’s become abundantly clear nowadays that purchasing power and erudition stand at opposite sides of that ring. A majority of those who buy art for highly elevated prices, those who’re called “newcomers to the market,” whether from China or the Middle East, are not always connoisseurs. And so the abyss increases between the prices paid for famous, recognizable and seductive artists and the sums offered for the others, who are certainly very important within Western art production but whose work requires a certain eye or erudition to be appreciated.

The contemporary art sales in London were held one week before the Old Masters sales. Leafing through the catalogues and comparing the prices was an enlightening exercise. At Sotheby’s on July 1st, a Francis Bacon self-portrait, estimated at $15 million, sold for $23 million; however, another work from the same painter, a study inspired by a Velasquez painting, Portrait of Pope Innocent X, bearing a colossal estimate of $39 million, nevertheless remained unsold. This time around, the Bacon “name” didn’t blind buyers completely; the canvas was aesthetically incomplete.

Francis Bacon is an heir to the West’s long-running research into pictorial representation. So is, in another genre, the figurative painter Neo Rauch (born 1960), a star of the new German school since the early 2000s who creates works whose disquieting atmospheres seem excerpted from movies. On June 30th, Christie’s was offering one of his paintings, dated 2006, with an estimate of $706,000. It sold for an astonishing $1.5 million.

The sales on July 8 and 9 in London are offering works signed by the great masters of art history. Thus on the 9th, Christie’s has a work by El Greco and his workshop: a figure of Christ on the Cross, estimated to sell for the same amount that the 2006 Neo Rauch sold for: 1.5 million euros. El Greco had a fantastic business sense, which led him to create the same composition several times over with the help of his assistants. It should be noted that El Greco is the father of Expressionism; indeed, his is one of the greatest names in art history. “This painting isn’t his masterpiece, but El Greco is very attractive to many modern art collectors,” explains Christie’s expert Henry Pettifer, who points out that the record price for a work by the Spanish painter stands at 10.6 million euros.

In the same catalogue, a true masterpiece is being offered—one by a great 18th-century European artist, Bernardo Belloto, a Venitian who was Canaletto’s nephew. The impressive canvas represents a vista in Dresden. Its counterpart is still hanging in Dresden’s Gemaldegalerie, where the work now offered for sale, estimated at 12 million euros, was also long exhibited. For the sake of comparison, at the latest Art Basel fair in June, several booths offered 1960s Picassos, which the Spanish artist produced in great numbers, priced at 10 million euros and more.

On July 8, Sotheby’s is offering another great 18th-century painting that perfectly embodies the French spirit of the time. Signed by Jean-Honoré Fragonard, it is called Dans les blés. At once a scene of gallantry and a country scene about the twin pleasures of nature and promiscuity, it depicts an immodest young lady in the arms of a young man under a heap of straw. This painting has belonged to the French branch of the Rothschild family since the early 20th century. Outstanding provenance, excellent condition, a subject in keeping with what one expects of an artist with a firmly established place within art history. The work is estimated at 2.8 million euros.

“Today, you can purchase an absolute masterpiece by an Old Master for the same price as you would a merely satisfying work by a great name in modern or contemporary art,” says private dealer Etienne Bréton. But the fact that the former require some knowledge and that the work’s attribution can be uncertain makes the Old Masters’ market less accessible than the market for Picasso and Bacon. And let’s not forget that the record for an Old Master painting at auction stands at $76 million for a painting by Rubens, versus $179 million for a Picasso and $142 million for a Bacon triptych. In the art market, value doesn’t await the passing of years.