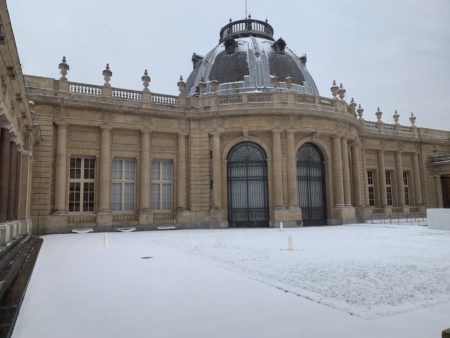 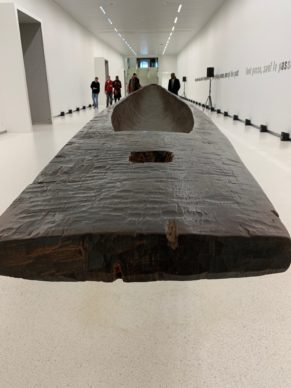 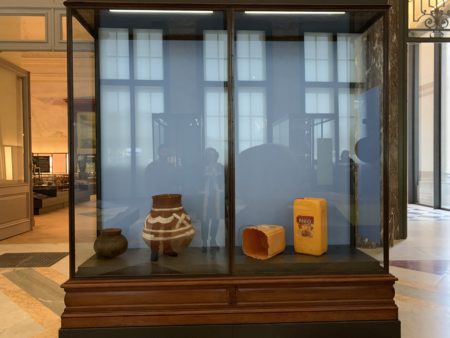 About water at the Africa museum 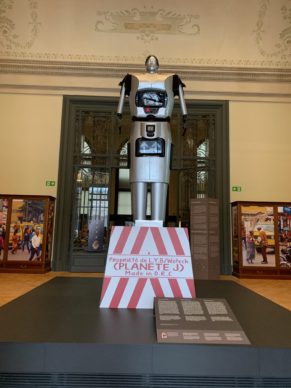 Entrance of the ethnographic exhibition 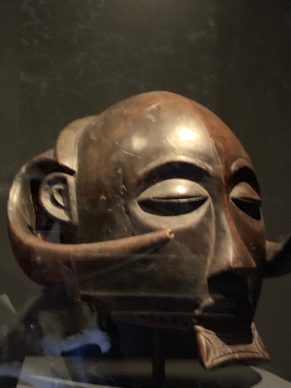 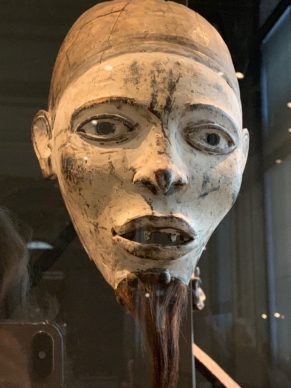 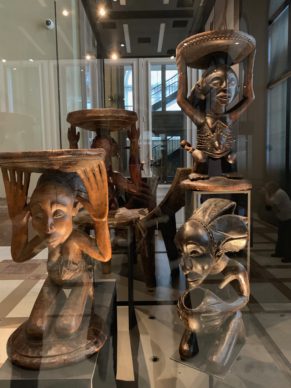 The issues surrounding African tribal art have never been so pressing.

This is because as time has passed and awareness has grown, people have realized the extent of the damage inflicted by the colonial project on culture in these countries, once occupied by France, Belgium, Italy etc.

But it’s also because the question now arises as to whether artworks ought to be returned to their countries of origin, as highlighted recently by the committee established in France last November by President Macron, “The Presidential Council for Africa” (« Le conseil présidentiel pour l’Afrique »).

It is within this context that the Africa Museum opened in December 2018 at Tervuren on the outskirts of Brussels.

Founded in 1898, the museum has just been subject to five years of renovation works.

For the director, Guido Gryseels, the project consists of “showing contemporary Africa with themes that are suitable for sustainable development, with a new and critical view on the colonial past and within an infrastructure adapted for the 21st century.”

But here’s the thing: the institution doesn’t have a wealth of African contemporary art, it “only” possesses one of the most significant collections of tribal art in the world, on a par with those of the Musée du Quai Branly in Paris or New York’s Metropolitan Museum.

Despite being motivated by good intentions, the result is – with one exception – catastrophic.

Here we can see, for example, as part of an exhibit illustrating the theme of water, a large display case occupied solely by a pitiful plastic jerrycan beside an earthenware vase.

On the subject of slavery, it would seem that all the scientists withdrew from the project.

A small space barely addresses this crucial topic, in a way that comes across as abrupt and incomplete.

The museum is characterized by many large spaces that have been left empty, until the moment we enter the room entitled “Unrivalled Art” (« Art sans pareil ») which, by contrast, is densely crammed full of wonders.

We’ll skip over the introduction to the exhibition, which consists of a giant robot that speaks with an African woman’s accent surrounded by empty display cabinets plastered in posters showing photographs of modern African cities, and head straight to the high point of this museum.

The majority of these works are originally from the Congo, an area that was once the personal property of the Belgian King Leopold II. Pieces are closely packed together and it’s easy to miss the treasure: a wooden Luba mask that was the museum’s symbol from when it opened. It depicts a face with finely executed features, framed by buffalo horns that come down to the middle of the cheeks.

The curator of this section, the ethnologist Julien Volper, explains the priorities in his layout.

It touches on various fascinating themes, like that of the authors of African art, who are all unknown.

Thanks to the repetition of certain stylistic devices, the specialist scientists have been able to identify certain artists, like the “Master of Buli” of the Luba people. Four of his sculptures are exhibited here, including a wooden cup bearer, shown kneeling with an oversized head and crafted with astounding artistic mastery (see the post on this subject).

It’s also about the aesthetics of utilitarian objects, for example, or the influence of Portuguese Catholics on African creation.

700 objects are exhibited in total, as opposed to 1400 in the old version of the museum. The Africa Museum possesses over 100,000 ethnographic pieces.

Displaying a larger selection would constitute a true homage to Africa. 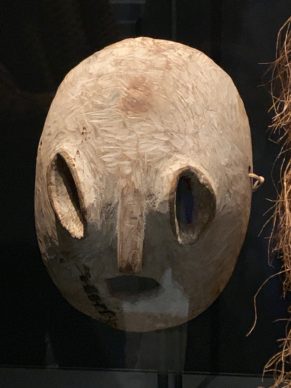 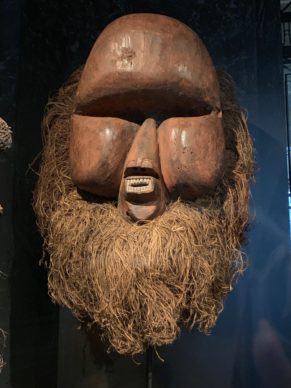 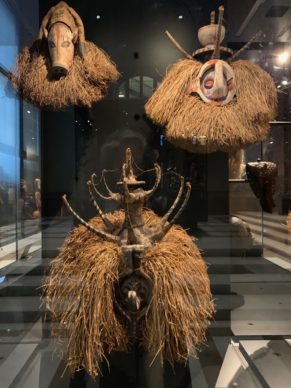 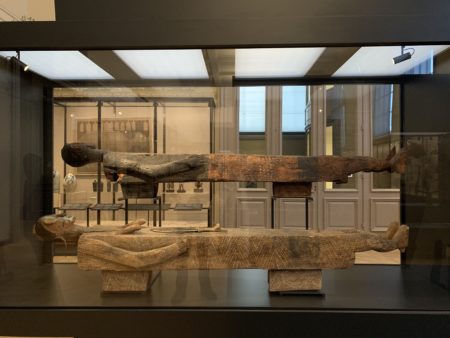 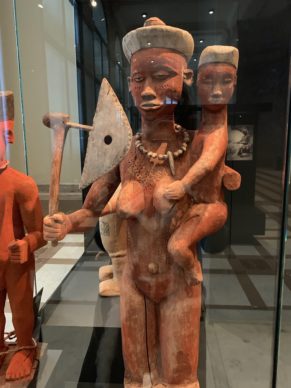 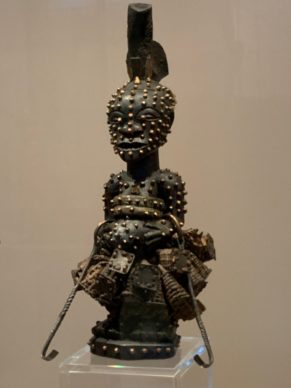