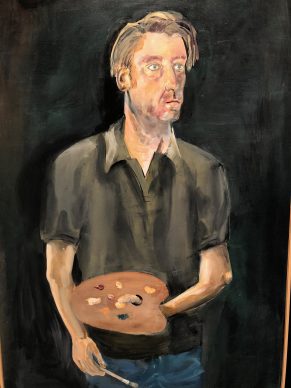 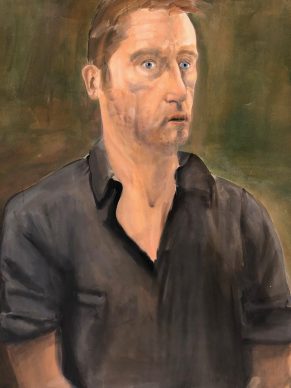 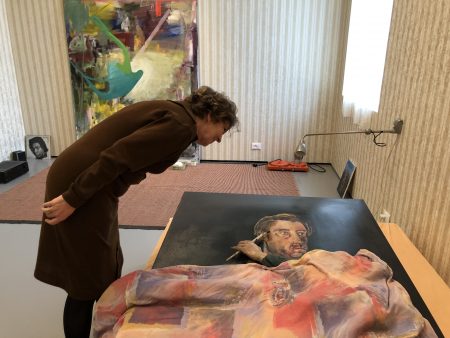 Caroline Bourgeois watching a self portrait by Albert Oehlen 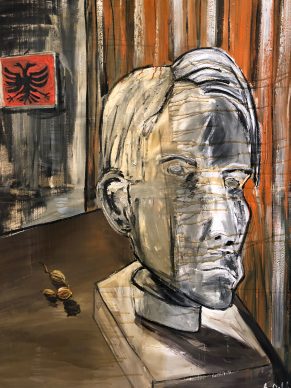 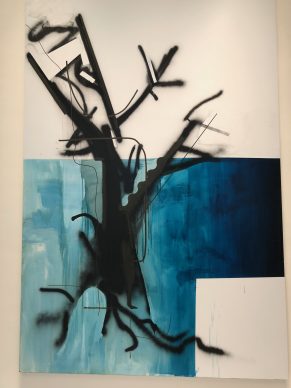 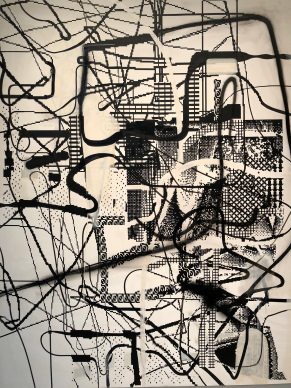 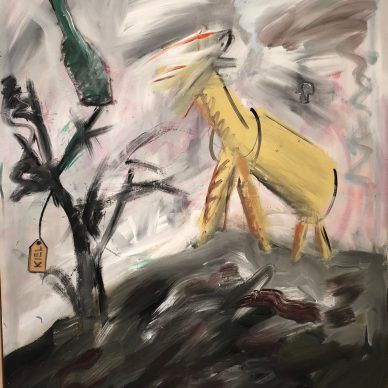 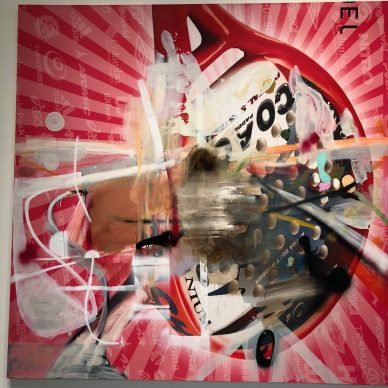 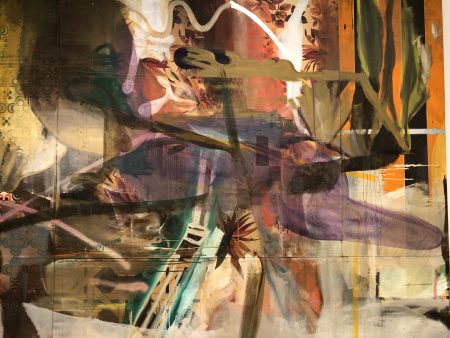 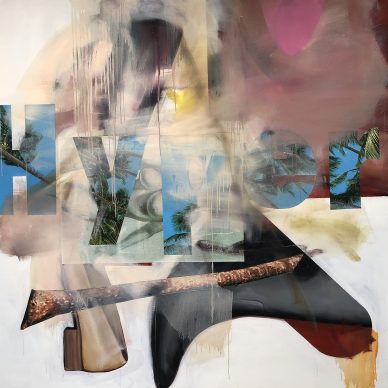 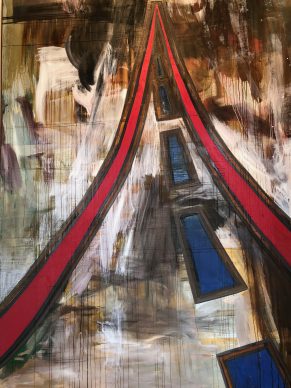 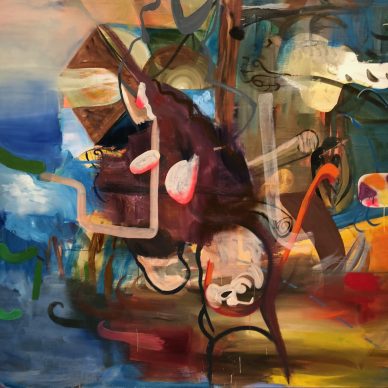 In art jargon we call them “artists’ artists”.

To put it another way, they are often complex personalities whose art’s importance is initially highlighted by their peers rather than spontaneously realized by the public. The typical example is that of the dadaist turned surrealist Francis Picabia (1879-1953), a playful and nihilistic painter with an infinitely diverse array of styles, who was highly respected by his peers and then by contemporary artists such as the great German painter Sigmar Polke (1941-2010).

There is in fact another contemporary German painter, who was close to Polke in his time, to whom we can also attach the label (even if he seems by definition to dislike them) of an “artist’s artist”.

His name is Albert Oehlen. He was born in 1954 and produces a kind of painting in which the style is also  constantly changing.

Oehlen is a painter who is hard to pin down. But within his oeuvre we can discern certain trends that have been so widely practiced after him that he must be recognized as an evident trailblazing talent.

To understand him, all you have to do is take a little tour through Venice where the Palazzo Grassi, the foundation owned by the French businessman and collector François Pinault, is dedicating a retrospective to him comprising 85 paintings (about 15 of which belong to the Pinault collection).

The curator of the exhibition Caroline Bourgeois points out that Oehlen is collected by one of the most prominent American artists of current times, the conceptual painter Christopher Wool (born in 1955), and that in keeping with this vein of artists working on the idea of the reproducibility of the image, there is another, younger American artist who is also very high-profile, Wade Guyton (born in 1972), who is also fascinated by his work. She talks about what her aim was in putting on this exhibition:

The idea of using a reproducible image, the idea of using blurring in painting, of superpositions, of a mixture of techniques or the use of motifs generated by a computer… Oehlen did many things before everyone else, but especially before the cohort of young abstract painters who are currently saturating the art market with their hyper repetitive artistic production.

The difference between these painters and Oehlen is that the latter is endlessly changing his style.

As soon as he reaches a creative comfort zone, he mutates again.

Albert Oehlen doesn’t try to hide it: he plays things by ear right up until…: “In my work, I’m constantly surrounded by the most dreadful pictures. It’s true. What I see are unbearably ugly tatters, which are then transformed at the last moment, as if by magic, into something beautiful(1).”

As likeable as this artist appears, he has however refused all interviews (we shall take this opportunity to reiterate our desire to interview him, if he happens to be reading).

From old interviews and also through visiting the exhibition, we take away the fact that he himself has looked closely at the history of art in the 20th century.

Clearly, in certain paintings of his, he recycles the principle of Rauschenberg’s Combine paintings.

Clearly we can perceive in his work a pleasure in the gestural quality of the paintbrush, a choreography that emerges on the canvas, what in the times of the venerable Jackson Pollock was called “action painting”.

But the great blocks of colour with irregular outlines of Willem de Kooning are also present.

Clearly he was a student of Sigmar Polke in Hamburg and would not allow himself be pinned down to any one style.

Clearly he was the colleague of the genius Martin Kippenberger and therefore promises a few pranks. The best of these is at the Palazzo Grassi: his painted self-portrait lies tucked up in a bed next to a chamber pot, which is even complete with toilet paper.

Jean Pierre Criqui, curator at the Centre Pompidou, who has written a beautiful text reflecting on Oehlen in the exhibition catalogue, talks about his quest for a “marvellous ruin”.

And Caroline Bourgeois compares his artistic production to free jazz.

But when writing an article about such an artist you want above all to sing “Born to be Wild” at the top of your voice.

Oehlen is an “Easy rider” of painting.

But since he is facetious by nature, in Venice he straddles not a Harley but a cow instead, for he has christened the exhibition “Cows by the Water”.

Did anyone say surrealist?

Caroline Bourgeois watching a self portrait by Albert Oehlen