Antique Chinese art: the military confiscations and French occupation in China drive the market in Paris

Loot of the Sack of the Summer Palace, 1861, E Disderi 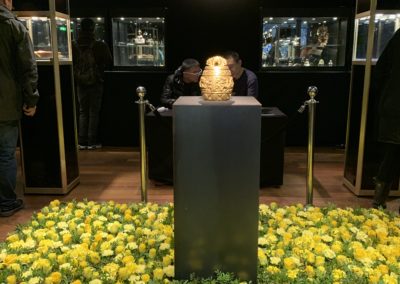 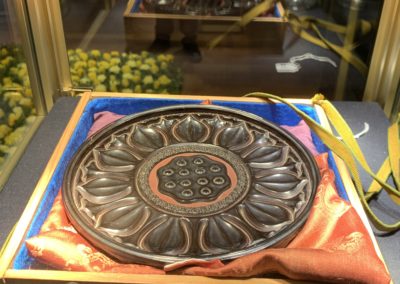 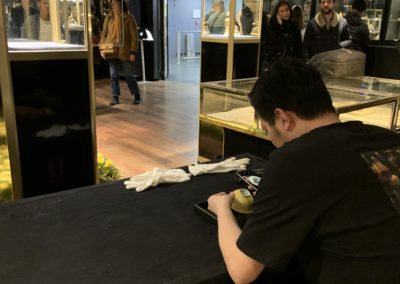 The scene takes place on 18 October 1860. Over the course of what was known as the sack of the Summer Palace, English and French troops burn and pillage the Chinese Emperor’s summer residence. The aim of the conflict which began in 1856 consists, for the two western powers, of expanding their trade across this vast territory, which was particularly vulnerable politically at the time.

The palace, situated 15 kilometres from Beijing, was conceived as a seat of power but also as a place of great aesthetic sophistication by emperors Yongzheng and Qianlong. The latter was a charismatic figure seen as the counterpart of Louis XIV in France, who even today is the stuff of dreams for the children of communism.

The Chinese still feel a deep-seated humiliation about this act of plundering, a feeling that manifested itself, among others, when the businessman and partner of Yves Saint Laurent, Pierre Bergé, put two bronze Chinese zodiac heads up for auction at Christie’s in Paris in 2009.

Designed by Italian clergyman Giuseppe Castiglione for Qianlong, they adorned the highly sophisticated water clock at the Summer Palace. Following a powerful wave of indignation, in 2013 the family of François Pinault, owner of Christie’s auction house, returned the two heads at the centre of the controversy to the Chinese State.

The Chinese dissident star artist Ai Weiwei has also created a piece that reconstructs, with some inventions, Castiglione’s fountain clock “Circle of animals”. The spectacular piece seeks to challenge the very idea of national heritage status for these elements of a fountain designed by an Italian for a Chinese monarch who was inspired by French opulence, which was then pillaged by the French, collected by a French citizen, and finally given to the Chinese State.

Like various objects driving the French art market, these two bronzes actually had a classic journey through the art market. They were sold to Pierre Bergé by distinguished antiques dealers the Kugel brothers, but they originally came from the French military exactions that were common around this period.

France, major platform for the sales

These days France acts as a major platform for the sales of artefacts from the former Middle Kingdom. This phenomenon is further accentuated by the fact that New York is no longer seen as a good place to sell them.

The Trump administration has, in effect, recently instated a tax in the United States of an extra 15% on transactions targeting all products that have been “made in China”, regardless of their age.

A market driven by colonial past

More generally, the appearance of Chinese antiques on French soil is clearly driven not only by the trend for collecting “chinoiseries” in the early 20th century but also and above all by France’s colonial past.

Orthodox (or not) manners

The stories are similar: there’s some military or diplomat ancestor who acquired souvenirs in Asia in an orthodox (or not) manner.

As Sotheby’s expert in Paris Olivier Valmier points out: “the presence of Chinese antiques in France does not exclusively originate from the sack of the Summer Palace. Take the Cardinal de Rohan collections presented in Strasbourg. They date from the 18th century.”

According to a specialist who wishes to remain anonymous, the French market these days is attempting to deliberately overlook the “Summer Palace” provenance, which has become a handicap with Chinese officials.

Because today the buyers of this kind of exceptional objects are mainly the Chinese (and less commonly the Americans).It’s enough to go to the “historic”  French Drouot auction house these days during the Asian art sales to notice. They’re full of Chinese-speaking visitors.

To win favour with those in power

These rich businessmen set up private museums or offer pieces to the State in order to win favour with those in power.

According to the Parisian expert Thierry Portier “for the past five years the prices, for the extraordinary pieces, of imperial origin etc, have multiplied threefold or even four”.

Importance of the pedigree

But the paradox within this specialism pertains to the fact that it is riddled with excellently copied fakes. As a result, the pedigree that the dating of the piece attests to plays a big part in terms of value.

Nicolas Valmier explains: “We organize highly selective sales where the provenance of the objects is irrefutable”.

Disc of the Qianlong period

In the sale on 10 December 2019 at Sotheby’s in Paris, for example, a rare disc of white carved jade from the Qianlong period, found in a basement, was sold for 492,500 euros. According to the catalogue it comes from an “old French aristocratic collection”.

In the same spirit, only even more spectacular, in June 2018 it was also Sotheby’s Paris who sold an extremely rare polychrome porcelain vase, decorated with deer and cranes and made for Qianlong, for 16.2 million euros. It was discovered in the attic of a French country house, in a shoebox…

Watch the video (in French) to find out more

At Hôtel Drouot on 9 December 2019 a red lacquer box carved with camellias measuring 23.2cm in diameter, due to the exceptional fact that it bore the signature of the lacquerer, was sold for 2 million euros. The catalogue vaguely indicates that it would have been “collected around 1861”.

Drawings of the Summer Palace

On 16 December, still at Hôtel Drouot, the Tessier-Sarrou auction house is also presenting an array of significant Chinese artefacts. Thirteen preparatory drawings for engravings executed on the orders of Qianlong, documenting the gardens and buildings of the Summer Palace. A similar, more complete, album is preserved at France’s Bibliothèque Nationale. No provenance is given for these papers, estimated to total 20,000 euros.

The sale also contains ten lots which belonged to Robert de Semallé, secretary of the embassy in Beijing between 1880 and 1884. The star lot is a ceremonial gilt bronze bell which is lavishly ornate, dating from the Kangxi period (1662-1722). Used in the forbidden city according to expert Thierry Portier, it represented “the summit of the production of musical instruments at the time”. It is estimated at 200,000 euros but is expected to attain a significantly higher price given that its provenance also has nothing to do with the now-taboo Franco-British plunder…

Loot of the Sack of the Summer Palace, 1861, E Disderi 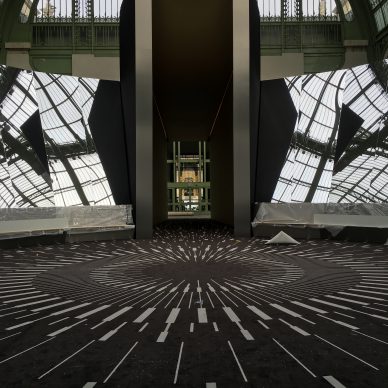