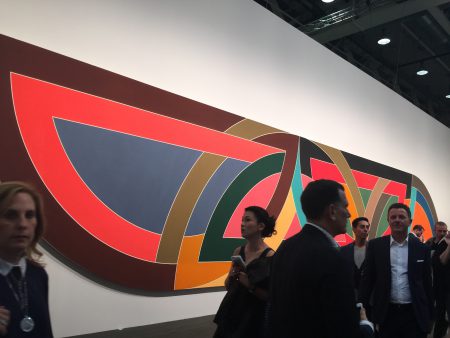 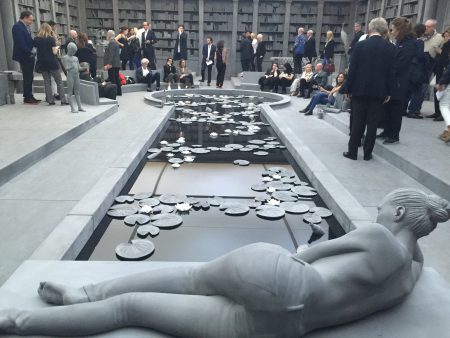 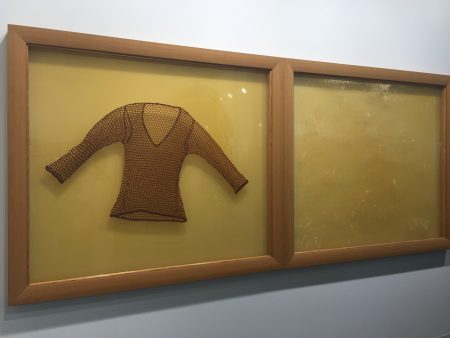 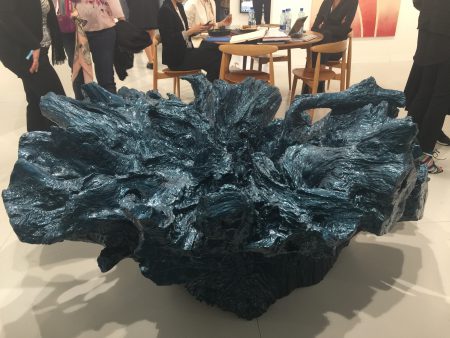 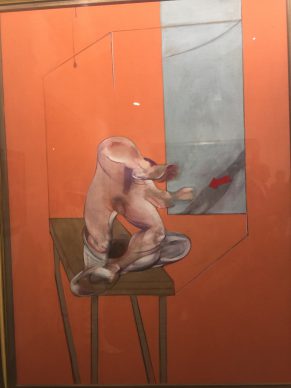 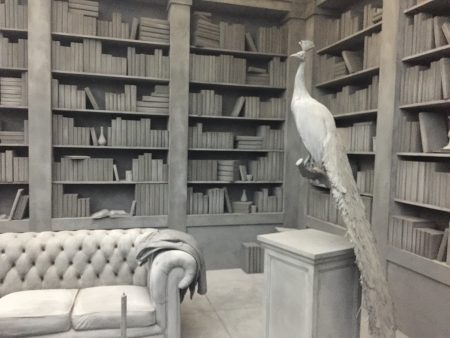 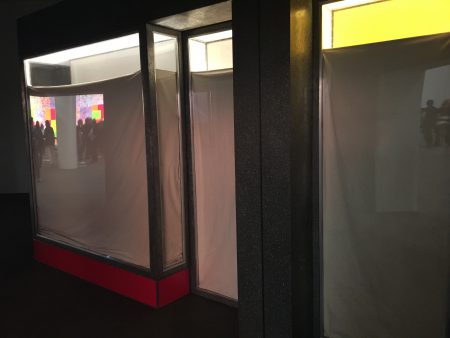 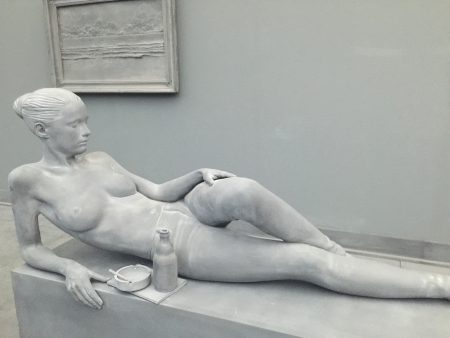 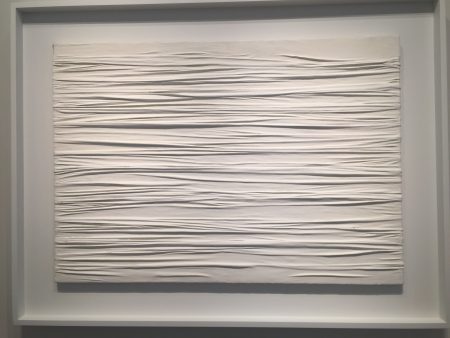 ‘Basel is the Wimbledon of art.

It’s the fair where you find the highest quality  in the world and where the most sophisticated collectors make an appearance. Even those further down players (galleries) in the rankings are happy to be included in the credits.’

Chris d’Amelio is senior partner at the American gallery David Zwirner, one of the key players in the contemporary art market. He acknowledges that overall activity has declined, as was confirmed by May’s auction results: ‘Since January, the market has slowed down and contracted. The biggest change is that previously we were seeing the effect of speculation  and that those individuals who were buying for investment, counting on quick profits, are no longer around. The market is more selective.’

So how do you maintain sky-high levels in a market that is showing clear signs of weakness?

The boss behind the ‘Wimbledon of art’, Art Basel director Marc Spiegler, has a mantra for safeguarding its leadership: quality and quality control. He commented:

Every year at the Art Basel fair, which for this 2016 edition brings together 288 galleries, the most hotly awaited section is Unlimited, devoted to ultra large-scale works. They’re spectacular, that much is certain, but the pieces are by their very nature hard to sell. Yet there have never been so many as at this year’s event: 88 altogether.

The most impressive by size, but not size alone, measures 200m2. The work of the Belgian artist Hans Op de Beeck (born in 1961), it is presented by the Italian gallery Continua. This gigantic installation represents, as the title indicates, ‘The Collector’s House.’

It features beautiful, languid young women draped along the edge of a pond of water lilies in an atmosphere of decadence, while paintings cover all the walls. The twist is that the entire work is covered in grey paint like a scene from a 21st century Pompeii. It is on sale for 750,000 euros and the three owners of the Continua Gallery clearly has its eyes on an institution to snap up the work.

Hauser & Wirth, major gallery in the contemporary art market, has no less than three works at Unlimited. ‘It’s the only time in the year when the biggest curators and the biggest collectors make the journey,’ notes the New York director Marc Payot.

Within the first few hours Hauser & Wirth had sold a 1994 work by the Californian artist Paul McCarthy (look at his very interesting interview) to a private institution for $4.75 million.  The painted wood installation titled Tomato Head ( green) is a typical sample of  McCarthy’s lexicon, mixing stereotypes on mass culture and sexuality.

For Simon de Pury, the famous Swiss curator-auctioneer based in London, ‘there is no crisis in the art market.’

Nevertheless, the purchases are more cautious. It’s certainly in reaction to this that a number of works presented at Art Basel take their cue from the recent programmes of major museum shows. The clearest illustration of this is a canvas over 15 metres wide by the American minimal artist Frank Stella. Offered among others by the Dominique Lévy Gallery in New York, it is on sale for $5.6 million. Stella was the subject of a retrospective at New York’s Whitney Museum that came to a close in February of this year. On her stand, Dominique Lévy has sold two works in excess of $5 million since the fair opened: an four-metre-long abstract painting by the French artist Nicolas de Staël as well as a conceptual painting in white by the Italian artist Piero Manzoni.

Dominique Lévy revealed her recipe for organising a stand at Basel:

Among new pieces spotted at the fair, there is a work on London’s Lisson Gallery stand by the very media-friendly Chinese artist Ai Weiwei. It consists of an enormous upturned tree root in steel, sprayed with metallic blue car paint. A one-off piece with a 400,000 euro price tag, it’s an easy-to-understand allegory for the present situation in China where the past is being sacrificed for the lures of industrial production.

Nicholas Logsdail founder of Lisson Gallery speaks about his booth at Art Basel:

Among the artists recently covered on Judith Benhamou-Huet Reports, a number have been given prominent position at the Basel fair. Such is the case with Thomas Houseago who is featured on the Belgian gallerist Xavier Hufkens’s stand with a fascinating sculpture made from a mass of geometric shapes and openings cast in bronze and limited to three editions, on sale for $550,000.

Annely Juda has a piece by Christo from 1964/65 in Unlimited which is a genuine, gigantic store frontmade out of architectural elements found in scrap heaps  originally shown by Leo Castelli,  on sale for $16 million.

On Michael Werner’s very well-appointed stand, a diptych by the German artist Sigmar Polke (who is the subject of an exhibition at the Pinault Foundation in Venice plays with transparencies, fullness and emptiness. It is on sale for $2.7 million.

But surely the most expensive work at the fair is on the Marlborough Gallery stand, a painting by Francis Bacon, ‘Study from the human body’ executed in 1982 which is on sale for $25 million.

In these troubled times, galleries see Art Basel as the ideal platform to sell their most substantial items, perhaps even those that would ordinarily be unsellable. 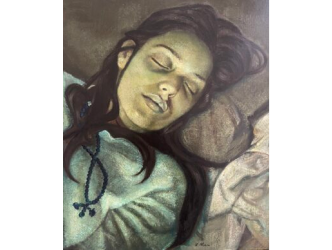 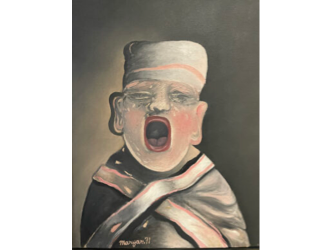