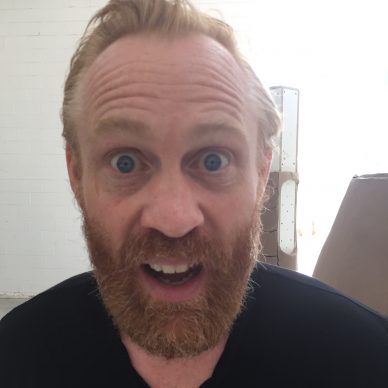 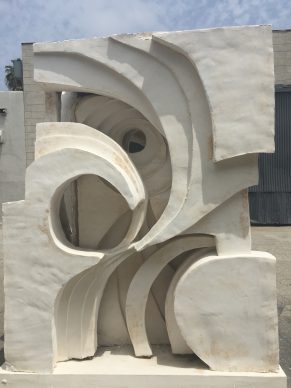 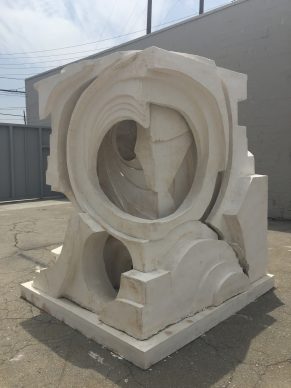 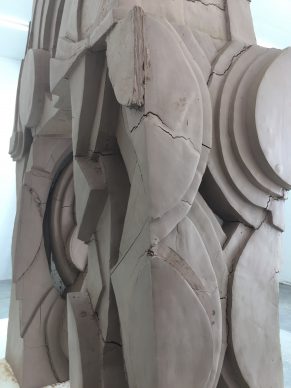 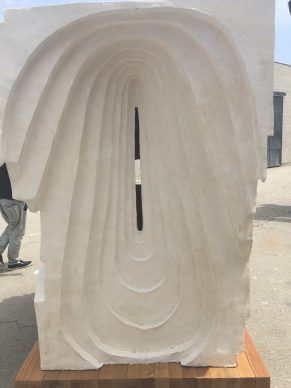 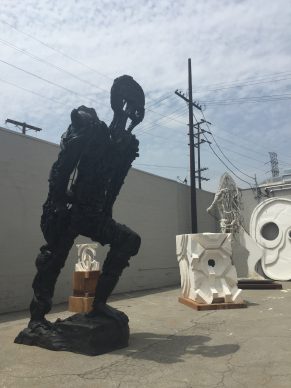 He’s one of the most interesting and intriguing sculptors of our times. Thomas Houseago, born in 1972, gives his three-dimensional works a highly original form.

It’s hard, however, to refrain from seeing them as a way of revisiting the history of art. He revisits Picasso, it goes without saying. He’s looked in depth at Rodin and ancient sculpture. Gauguin too is evoked.

The history of art has even impacted Thomas Houseago in his physical being: with his red beard, he looks like Van Gogh. He transforms, through this, his own obsessions, his numerous anxieties, his sense of monumentality, his desire for penetration, the ubiquity of death and monsters. The dark side of the  man from Leeds is tempered by love. Mona, his partner, is omnipresent. He talks the whole time about  children and even created some of his works exclusively for them to visit.
I went to the artist’s gigantic studio in Los Angeles.

He raises the subject of death, on which he also created a series of paintings entirely in black with very special light reflections. A theatre of death:

When it comes to his creative rituals, he says that on arriving at his studio he drinks tea and that he needs to work with music. It’s a form of escapism.

The sculptor lives his work in a very physical way but always related to art history.

The most impressive is this succession of geometric forms that are entangled together. He talks of architectures.

He’s  writing a book that resembles an ABC of his visual language, one which travels along obscure byways like Duchamp-Villon, the brother of Marcel Duchamp, whom he calls ‘a giant who was eclipsed by his brother’s fame’.
By way of conclusion, he makes a reference to Picasso: all geniuses have combined together diverse influences.

Thomas Houseago is represented by several of the most powerful galleries on the international market: from Gagosian, where he’s exhibiting in Hong Kong at the moment, to Hauser & Wirth and Xavier Hufkens. 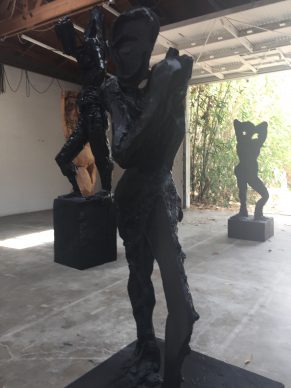 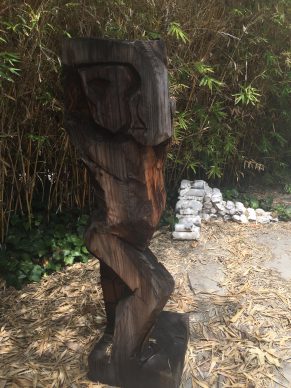 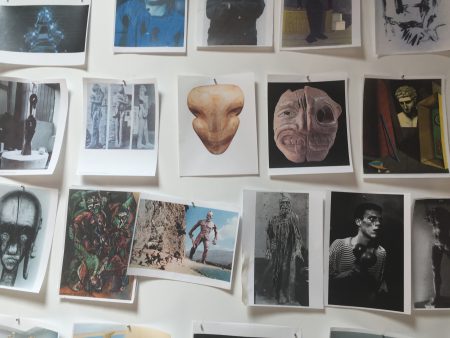 JANNIS KOUNELLIS: When one of the greats of ARTE POVERA takes up residence in grandiose 18th-century surroundings