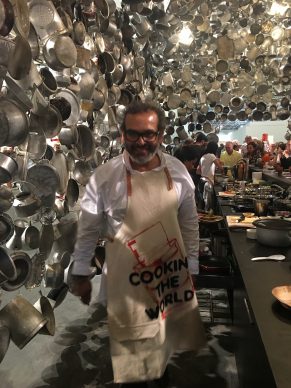 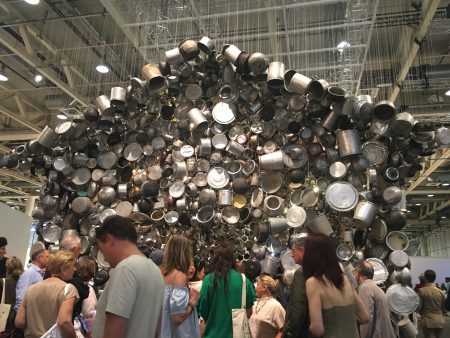 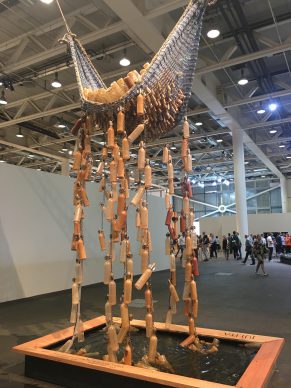 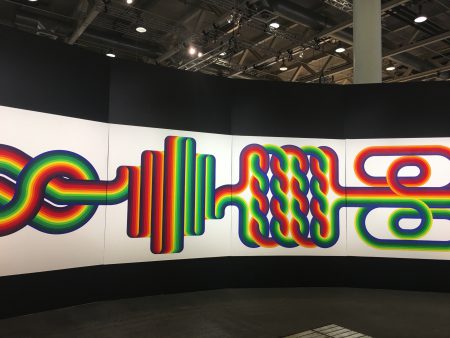 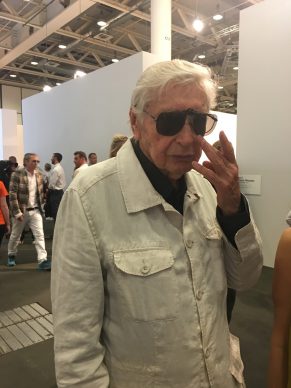 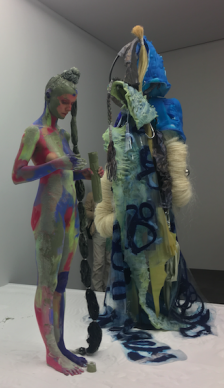 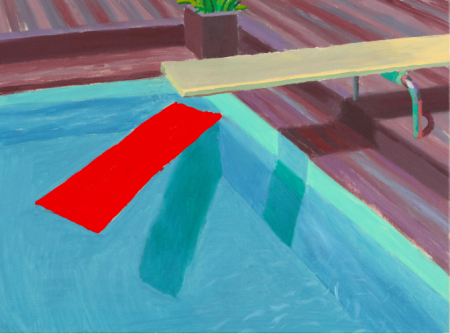 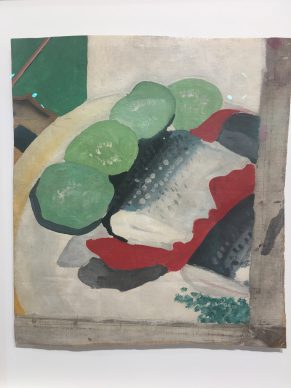 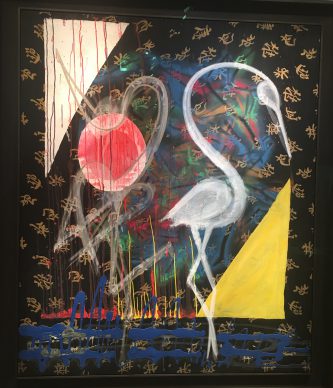 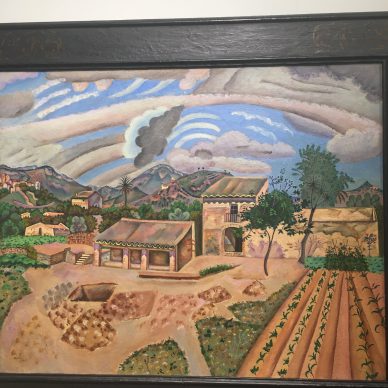 While History shows as a whole, and the Renaissance in particular, that posterity has a predilection for works by artists afflicted by madness, the art market is far more rational agent.

Artworks that are too large, too complicated, too noisy, in other words too ‘cumbersome’, performances, videos, all struggle to find buyers.

There is an exception to this rule however and it takes place once a year at Art Basel, which is currently on until 18 June. There, in a gigantic hall adjacent to the ‘classic’ fair with its 291 participating galleries, is Art Unlimited with 76 over sized works.

Art Basel has become so powerful that utopian projects, those you usually only find in institutions, can be shown and sold here.

The clearest illustration of this is the performance from the young Bolivian-American artist Donna Huanca (born 1980) which is presented by Berlin’s Peres Projects.

Huanca has created a remarkable production consisting of naked women who move in response to surrounding sounds and vibrations. Their bodies are daubed in beautiful multi-coloured paintings.

Donna Huanca considers herself first and foremost a painter. The work offered for  euros 100,000 was reserved at the time of the fair’s opening.

Javier Peres explains, in the noisy background of the performance, why he is presenting such a risqué work at the fair:

New York’s Sean Kelly sold two copies of ‘The Pure Necessity’, the large format video by Belgian artist David Claerbout (born 1969) which revisits Disney classic ‘The Jungle Book’, but removes all human presence. A very special Disney vision of nature with which shows there’s no interaction between the animals. The price tag? 90,000 euros.

Kelly speaks about how he views the current climate in the art market:

At Art Unlimited, for $3.5 million you can acquire through Gagosian Gallery a very poetic 10-metre airship that goes around in circles by American conceptual artist Chris Burden (1946-2015), or for 800,00 euros you can own a house made from used pans, which for the duration of the fair has become a restaurant giving out free indian food.
The work called ‘Cooking the world’ which speaks about spirituality and generosity is by India’s most famous contemporary artist, Subodh Gupta (born 1964) represented here by Hauser &Wirth and Continua.

South Africa’s Sue Williamson (born 1941) ( some of her videos are shown in Paris at Fondation Vuitton) has created an immense and eye-catching installation consisting of five monumental fountains made from chains of bottles, and which narrates the forced journey of slaves from Africa ($500,000).

In 1974 the kinetic art pioneer Julio le Parc (born 1928) produced a 20-metre kind of fresco called ‘La Longue Marche’ (‘The Long March’). It is being offered for 3 million euros by galerie Perrotin. It was shown recently in the retrospective dedicated to the artist at Peres Museum in Miami and at Palais de Tokyo in Paris.

This series of “grandiose” artworks brings a certain euphoria to this world leading fair which is renowned for its high levels of sales.

Axa Art estimates that between 2.5 and 3 billion euros worth of art is being put up for sale at this year’s Art Basel.

Marc Spiegler, the director of the fair, said:

And gallery owners select their best works for Basel because this is the place where – even with the calendar of exhibitions in Europe this season (Documenta in Kassel and the Venice Biennale) – you find the most knowledgeable audience.

In the secondary market, the recent auctions in New York helped lift prices. Collectors, seeing the results, are ready to place some of their works up for sale. All that contributes to a positive momentum of which Art Basel is one of the major reflections.’

It must be acknowledged that at he very top end, the offer at the 2017 edition is particularly impressive.

At the Pace Gallery stand is one of those fabled swimming pools by British painter David Hockney (born 1937), who has a forthcoming retrospective at the Pompidou which opens on 21 June.

The 1977 painting – the deep blue pool for Hockney is a pretext for a study in colour variations and a symbol of pleasure – is on offer at $6.5 million.
Sigmar Polke (1941-2010) is one of the most important artists of the contemporary period and currently attracts acute interest from the market, although his name comes up relatively rarely in the market for high-quality works.

At Art Basel though, they’re in abundance: from a 1963 figurative painting offered by San Francisco’s Anthony Meier ($550,000) ( he has five Polke on his booth) to a couple of pink flamingos on a printed Chinese motif background from 1976 at the Levy-Gorvy stand, selling for $12 million.

For many years it belonged to William Rubin, the legendary Moma New York curator. An other and bigger version of the bronze is shown at the Kunstmuseum in Basel in  the permanent collection.

And for an extra $16 million, at Acquavella you can bring home an early Andalusian landscape by Joan Miro from 1918, before he became a surrealist. It’s a small piece of art history, and probably nowhere does it have a better chance of finding a buyer than at Art Basel.