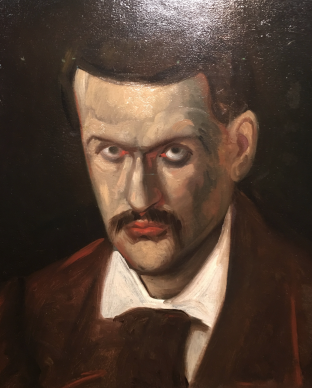 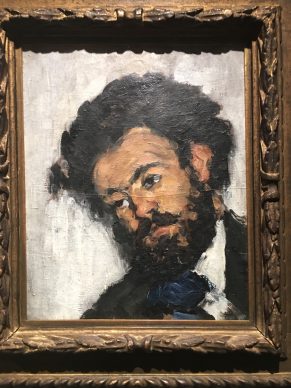 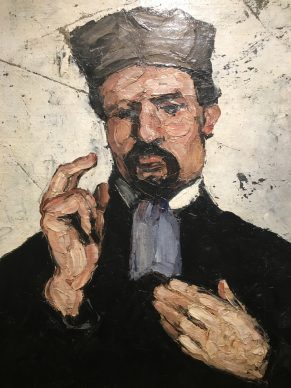 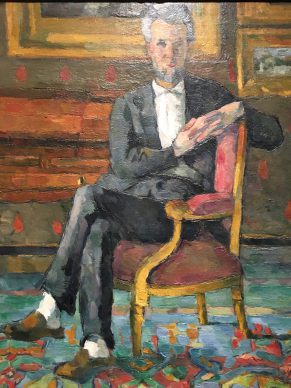 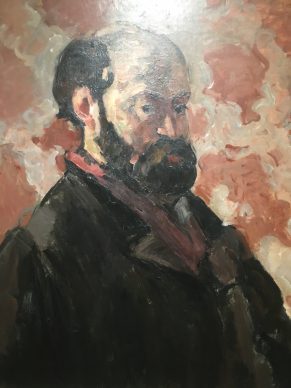 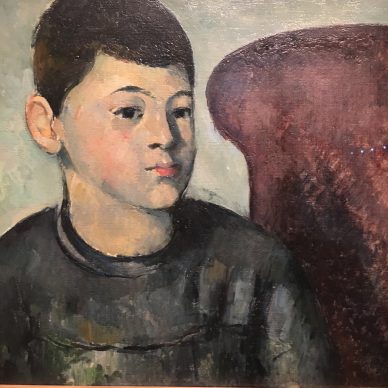 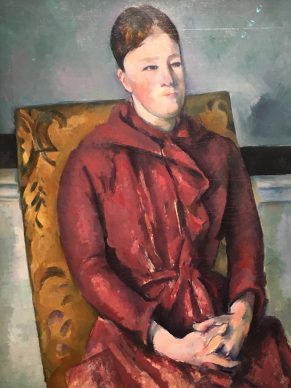 If there is one unmissable modern art exhibition this summer it has to be Portraits by Cézanne (1839-1906) at the Musée d’Orsay in Paris.

In 60 paintings it proves many things, first of all the museum’s pulling power in assembling so many masterpieces from all over the world.

More specifically, the exhibition shows how a coarse and marginal artist from Aix en Provence would take the history of modernism forward in giant steps.

Throughout the exhibition it is possible to spot the things Picasso took from Cézanne.

The portrait of his son circa 1881 unerringly resembles the 1906 self-portrait by the great Malagan artist. It has the same oblong head, the same finely drawn eyebrows, the simplified forms and blocks of colour.

It is also noticeable how Cézanne foreshadowed Matisse in taking the decorative motif as the canvas’s central subject.

‘Madame Cézanne in a Striped Skirt’ (1877) shows a figure against a wallpaper with blue flowers and whose skirt striped with green occupies the entire lower portion of the painting.

Then there’s Madame Cézanne’s head from around 1888, which perfectly echoes the shape of an egg, the same shape that Brancusi would use in his sculptures to represent his female characters.

In fact Cézanne’s portraits, even if they evolve stylistically, always run counter to what one usually expects from the representation of human figures.

The German poet Rilke would characterise Cézanne self-portraits as like a dog looking in a mirror who thinks he sees another dog.

For John Elderfield, the exhibition’s curator, ‘Cézanne simply wants to illustrate the presence of the person and that this is a pretext for his studies in painting.’
He explains:

Rudimentary is a word that also applies on a personal level.

Cézanne had practically no friends. He treated his wife rather badly and did not recognise her as his spouse for many years.

John Elderfield discusses the series of portraits of Madame Cézanne in a red dress.

He painted with unfaltering determination, did not sell, and mainly kept the company of Provençal peasants. It is this uncouth but uncommonly tough character that we find in his representations of people.

John Elderfield mentions that Cézanne would have to wait until 1895 for his first major exhibition in Paris.

At the Musée d’Orsay the homage concludes with a portrait-landscape.

In the shadow of a plane tree the gardener Vallier blends into nature.

Portraits by Cézanne at Musée d’Orsay. Until 24 September. www.musee-orsay.fr.

The exhibition will be at the National Portrait Gallery, London from 26 October to 11 February then at the National Gallery of Art in Washington from 25 March to 1 July 2018. 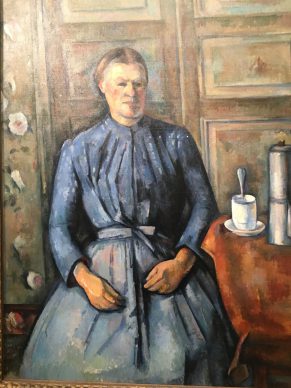 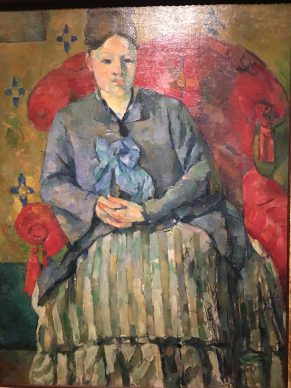 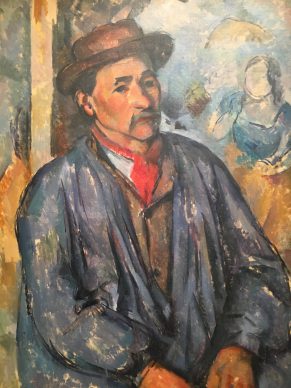 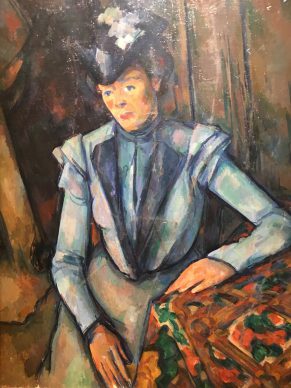 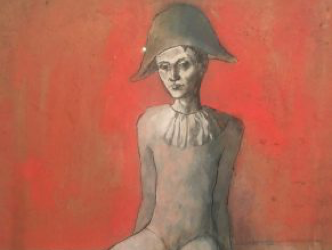