Love was the message

For an artist, producing a recognized masterpiece means being immediately put on the global map of the art world. In 2016 Arthur Jafa (born in 1960) created an extraordinary film which is 7:25 minutes long, poetically entitled “Love is the message, the message is death”. It is composed of hypnotic images from an assemblage found online or created by the artist himself, accompanied by the song “Ultralight Beam” by Kanye West (See here the first interview I did with Arthur Jafa in 2017).

This lyrical and highly rhythmic marriage of music and short sequences that express the ultra-violent discontent of a sprawling media-centric society, a vector for monstrosities and the black experience which has inherited from American slavery, has had an enormous impact. Major institutions around the world acquired it, starting with the Metropolitan Museum in New York and in France with the Pinault Collection and the Luma Foundation in Arles. 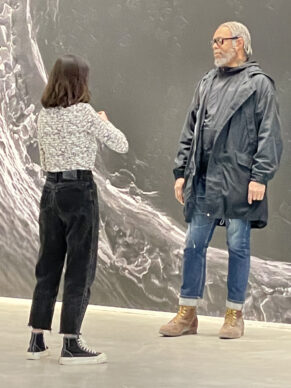 Its influence has also been felt in the work of a number of artists who have since copied its style, using powerful pulsating cuts between pieces of footage. In 2019 Arthur Jafa received a Golden Lion at the Venice Biennale (See here the interview I did of him about his Golden Lion). In 2020 when thirteen museums around the world wanted to send a strong message against racism in the context of the “Black Lives Matter” movement it was again his video from 2016 which was chosen to be displayed conjointly at their sites. But for an artist, producing a masterpiece also means being reduced to this specific work. 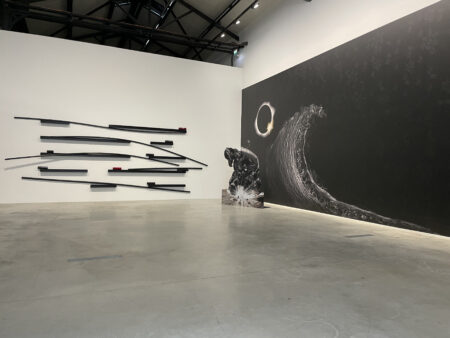 In Arles, the collector Maja Hoffmann’s Luma Foundation is proposing that we get to know Arthur Jafa beyond this hugely publicized video, through the major exhibition on him that has ever been staged curated by the brilliant Vassilis Oikonomopoulos. Here we see three other films but also installations, sculptures, and photos. (See here the report about the opening of Luma In Arles).

“My work is associated with the use of archives but that is very reductive,” counters the artist who is presenting among other things AGHDRA, a giant video installation from 2022 using computer-generated imagery, in which a black sea seems ready to immerse the viewer under a veiled and apocalyptic sun. It is clearly reminiscent of the perils of climate change but also of Arthur Jafa’s great existential anxiety that more broadly infuses the exhibition. 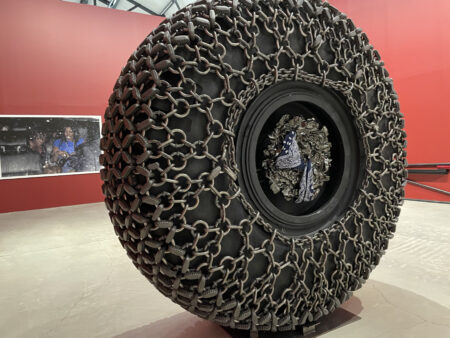 It is entitled “Live Evil”, an expression through these two opposing words of beauty and horror at the same time. This title also refers to a historic album by Miles Davis recorded in 1971. Arthur Jafa has a personal pantheon which he refers to through photos presented in the exhibition.

We therefore find the famous trumpet player, who was once the partner of Juliette Gréco, but also the French philosopher Michel Foucault, author of the book “Discipline and Punish” or the superhero Hulk, who when he transforms into a titan of rage isn’t green in Jafa’s rendering, but black. 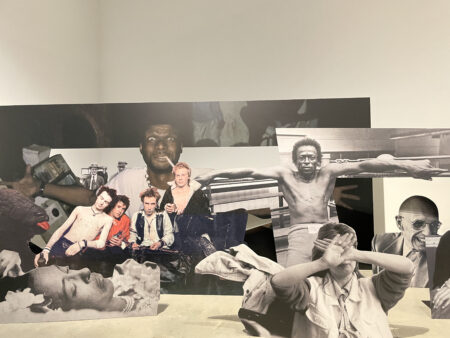 Association of ideas and analogy

The American artist often works through the association of ideas and analogy. Rails and tubing punctuate the exhibition layout. These mundane objects embody the beginnings of industrialization, when the black body was used as a machine. He thus creates a new and symbolic strain of minimal art. 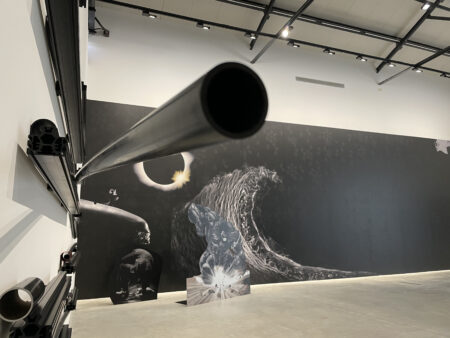 Fate strikes in Arthur Jafa’s work like a tsunami that leads the black population to great tragedy, from the giant image that opens the exhibition displaying young black children in the United States saluting the American flag in the Nazi fashion – this pledge of allegiance, practiced in the 1920s and 30s, was called the Bellamy Salute – to the last stolen photo of the singer Whitney Houston in 2012 in a pitiable state, just before her death which was apparently caused by a mixture of cocaine and medication. 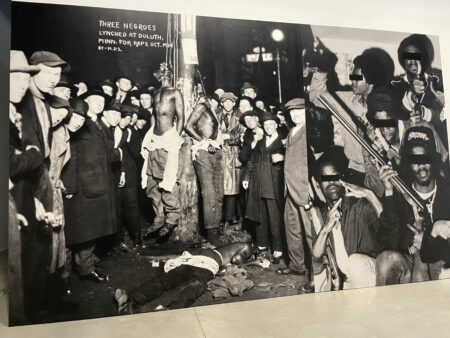 That is for the “Evil” aspect. The “Live” aspect is embodied by a film on the frenzy of gospel singing in American evangelical churches. They sing about paradise, love and forgiveness. 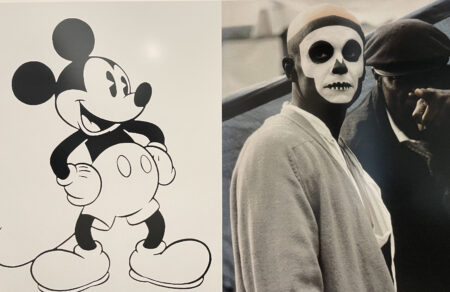 Arthur Jafa, who now affirms having moved into a new phase of his work, has created a film production company, “a tool”, he says, named Sunhaus, whose aim is to help with the making of films in the same way that Motown did for music in its time. 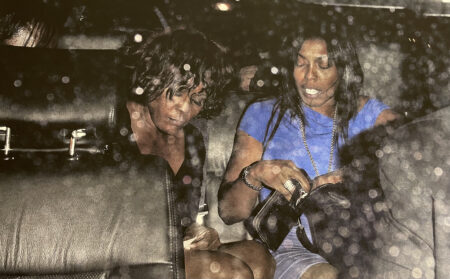 Beauty and the Unwatchable 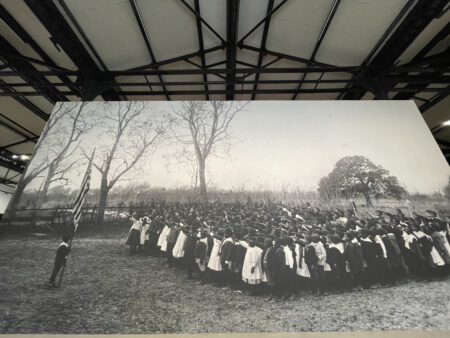 In the meantime, all his work still and always plays on the thread of suffering linked to pleasure, beauty and the unwatchable, which lies alongside it, as in the title of his remarkable exhibition in Arles and the title of his 2016 masterpiece too.