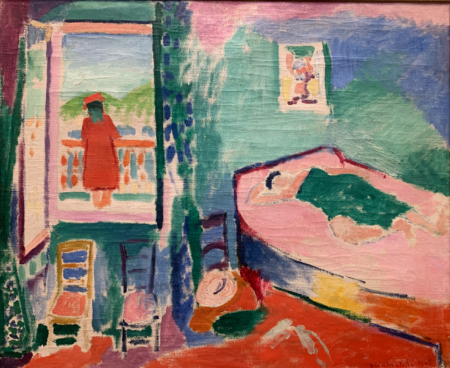 Henri Matisse is, without doubt, a painter of genius and an endless source of visual surprises and delight. The exhibition at the Centre Pompidou celebrating the 150th anniversary of his birth was anticipated to be a blockbuster if it wasn’t for Covid. But it is further proof – if proof were needed – of art’s hedonistic power.

The institution is one of the richest in the world in this field. To pay homage to Matisse, around one hundred works have been drawn from the Pompidou’s permanent collections in addition to a further 150 on loan from around the world. The chronological exhibition opens with a Cézanne work bought by Matisse in 1899, demonstrating the debt he owed to the Aix-born master. 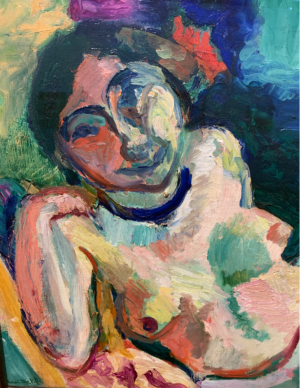 We learn very quickly that from his fauvist period onward he began to simplify shapes and use colours with unparalleled mastery – in this respect he surpassed his eternal rival, Picasso – and employed decorative motifs, ordinarily considered to be of secondary importance, as a subject in their own right within his compositions. 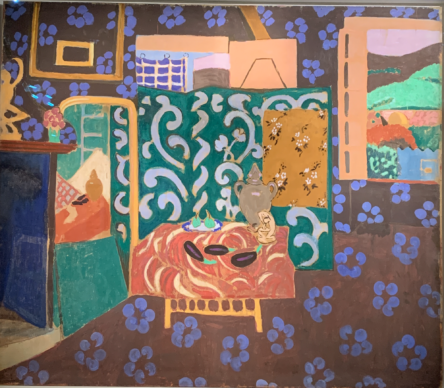 The ecstatic moment in the exhibition takes place in a little room reserved for his “Intérieur aux aubergines” (Still Life with Aubergines) from 1911; a large-scale canvas that is almost square in which the viewer is immersed in colours and motifs, from the wallpaper on the wall right up to the screen, via the view through the window and the room’s interior reflected in the mirror. It’s several paintings in one. It comes from the Musée de Grenoble, who agreed to this major loan. 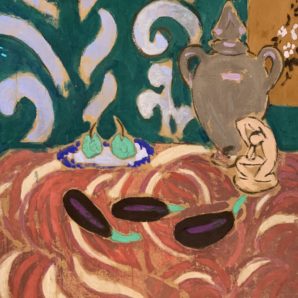 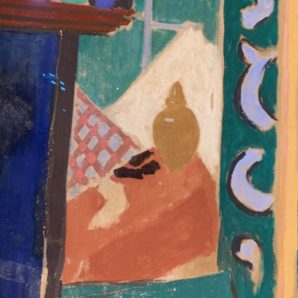 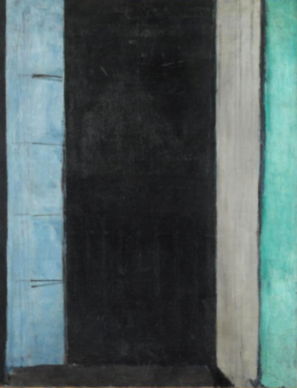 The guiding theme of the exhibition, which here and there follows the commentary from a collection of texts assembled by Louis Aragon, “Henri Matisse, Roman”, published in 1971, sadly fails to showcase the main virtues of Matisse’s genius. Placing canvases side by side for literary or purely chronological reasons diminishes the pleasure we feel for a form of painting that is hugely aesthetically influential.

It was Aragon who described Matisse’s “power of invention, an incessant urge”. This should also have applied to the curation of Aurélie Verdier, since the general execution is much too conventional for such an innovator. 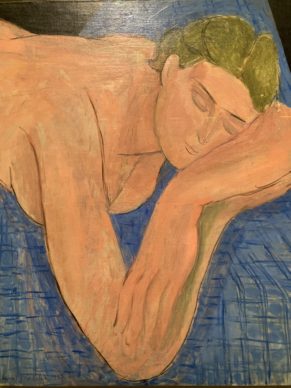 But it also foreshadows the contemporary work of David Hockney, for example. This is how we learn to distinguish between a genius and a good painter. Between a man who is constantly inventing and who reaches a level of mastery (Matisse), and another who enjoys it and who others enjoy looking at. 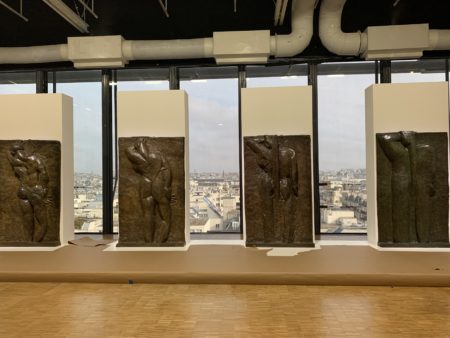 There’s also great pleasure to be found in the extensive array of works on paper on display and in the series of four bronzes, “Nu de dos” (the Back Series), made between 1909 and 1930, which shows his evolution in sculpture. Matisse is a truly great artist.

What an opportunity, regardless of context, to be able to appreciate such a large number of his works. What a shame that the premise is uninspiring, and that the rest of the world can’t hurry over to share this pleasure. 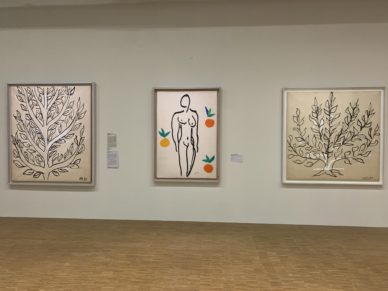