It is a little known fact that the majority of galleries representing living artists manage to maintain their business through sales on what is described as the “secondary market”. This involves the resale of older artworks made by artists either living or dead, which reappear on the market from time to time. This two-tier aspect of the contemporary art market can be observed everywhere, from the multinational Gagosian to more modest local galleries. Each gallery seeks to stabilise their business by exhibiting on the one hand recent works by new talents, from whom they will try to retain a few pieces, offset by the sales of works by artists considered to be more established or high profile. 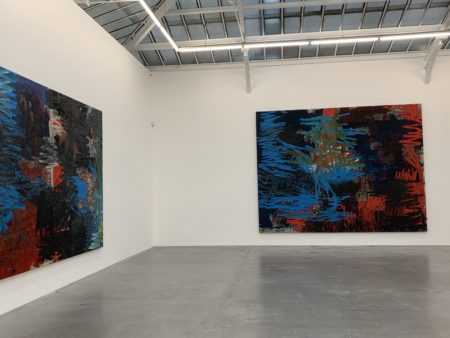 Right now there is an interesting phenomenon occurring in Paris, which concentrates a number of increasingly important operators from the secondary market. To provide some context to their business at auction, as the Artprice database highlights, in 2019 it was Paris, against all the odds, that was the only city in the world to record a 24% increase in art trade activity, in contrast to 6% in Hong Kong and minus 20% in New York.

Conditions are favourable in the French capital for two reasons. New York, the global epicentre of the contemporary art trade, has been deserted by the wealthiest and business has slowed, while the general mood is bleak. London, the second strongest place in the field, is suffering from the Brexit effect and uncertainty surrounding the taxes due to hit European collectors.

We have seen, for example, the return to Paris of one of New York’s highly influential private dealers of French origin, Philippe Ségalot, known for having been the advisor to the businessman and owner of Christie’s, François Pinault. Per Skarstedt, one of the major operators on the secondary market for current art who has galleries in New York and London, is in the process of signing a lease in Paris. We also note that Jean-Olivier Desprès, former director at Gagosian in Paris, now represents Sandy Heller in France, advisor to some of the biggest American collectors. These newcomers to the French capital have two areas of preference: Avenue Matignon and Le Marais. 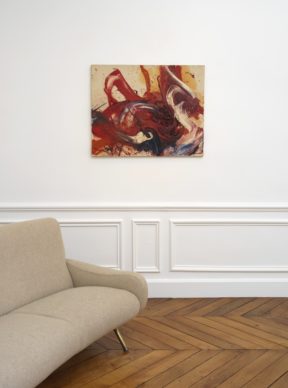 Since October 2019, on the first floor of number 10 Avenue Matignon, the British White Cube gallery, known for their historic connections with the Young British Artists, has occupied 300m2. Their French director Mathieu Paris (See here Mathieu Paris speaking about Frieze) opts for discretion: “We want to revive the confidentiality of the salons of the great French art dealers from the early 20th century. Right now the curfew is clearly affecting morale among collectors, but we have sold two Baselitz drawings for 70,000 euros and a painting by the same artist for 650,000 euros. Prices haven’t dropped. It’s just that sales are slower.” In this space they are presenting, among others, a very gestural painting from the 1970s by the activist from the Japanese Gutai movement, Kazuo Shiraga (1924-2008) (Read here the report about Gutai), on sale for 1.2 million dollars.

At the end of 2019, on the same street at number 36, the Mayoral gallery from Barcelona, who specialize in Spanish postwar art, are based in a space measuring 60m2. “Spanish artists have a history and a market in Paris,” explains the owner, Jordi Mayoral. Until 9 January he is staging a dialogue between the abstract painter of Filipino origin, Fernando Zobel (1924-1984), and one of the stars of Spanish postwar art, Eduardo Chillida (1924-2002). Chillida’s legacy was recently taken charge of by the powerful multinational gallery Hauser & Wirth. Consequently, according to Jordi Mayoral, over the past 3 years his prices have increased by 20%. At Mayoral the works by Chillida – usually made of stone or felt – are on sale for between 100,000 and 750,000 euros. 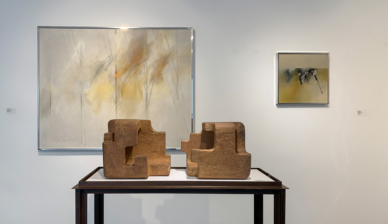 While we’re on the subject of Hauser & Wirth, we note that Vanessa Guo, former director of the gallery in Hong Kong who played a large part in the development of the multinational firm in Asia, is now spreading her wings to base herself in Paris. She has partnered with Jean-Mathieu Martini, a French photography expert, to open the Marguo gallery in Le Marais on 19 October, which will display emerging artists such as the Chinese Zhang Yunyao (born in 1985) who paints scenes on velvet which are superimposed on a large scale with mythological references. His works are on sale for between 5,000 and 30,000 euros. “Paris offers a remarkable ecosystem for art with exceptional museum institutions. But our gallery is funded by our activities on the secondary market. I advise private collectors and museums in Asia,” explains Vanessa Guo. 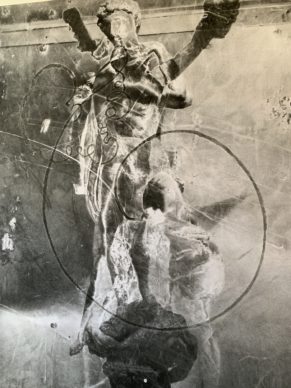 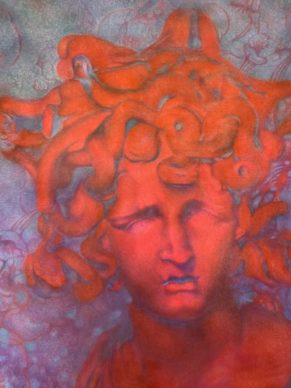 This influx of new tenants to Le Marais began in October 2019, when David Zwirner, one of the leading global galleries, opened a branch on Rue Vieille du Temple (Read here the report with the interview of David Zwirner). Until 19 December 2020, his space is dedicated to Oscar Murillo (Read here the last report dedicated to Oscar  Murillo). The Colombian star, born in 1986, has made large-scale paintings composed of multiple polychrome layers and giant cross-hatchings that are on sale starting from 280,000 dollars. But in several side rooms, which are not open to the public, we find secondary market artworks like a figurative painting from 2010 by the German Neo Rauch (born in 1960), on sale for around 1 million euros. “This period gives us the opportunity to get closer to French collectors, to better understand their expectations,” observes Justine Durrett, director of Zwirner Paris.

Ahead of the opening of a gallery on Rue de Turenne by the influential Milanese Massimo De Carlo in January 2021, the sensation in October 2020 is the arrival on Rue Rambuteau – still in Le Marais – of one of the stars of the New York scene, the Levy Gorvy gallery (See here and here, interviews of Brett Gorvy).

“It’s a difficult time. Our business has dropped by about 35% and there are lots of works in circulation. But for the past 3 or 4 years Paris has been the major place for the art market,” comments Dominique Levy, co-founder of Levy Gorvy. The site is inaugurated with a spectacular show of the work of German conceptual art pioneer Gunther Uecker (born in 1930), which will be on display until 9 January 2021. His large blue abstract paintings, created over the past few months, are on sale for 450,000 euros. But we also find at Levy Gorvy, in a small room, a remarkable nude painted in 2010 by the French artist Martial Raysse, on sale for 550,000 euros. 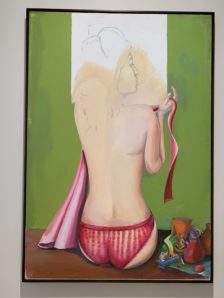 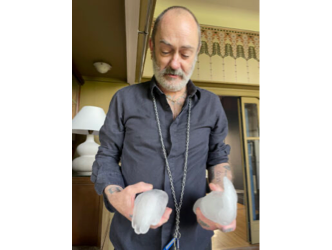