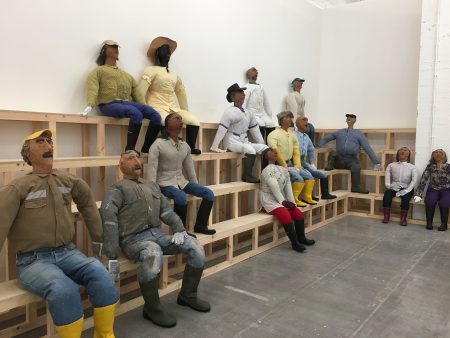 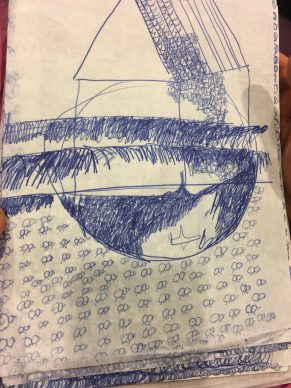 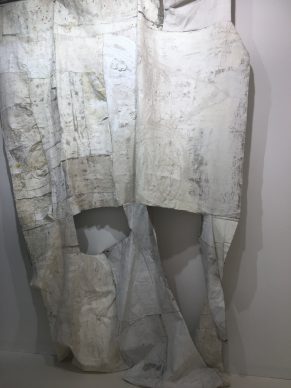 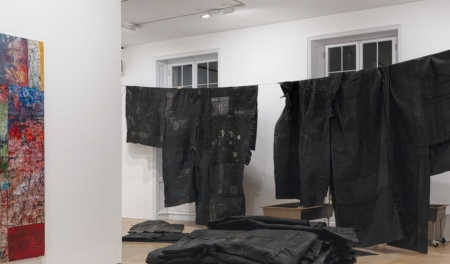 I’m no different to any other journalist covering the art market.

I love writing pieces filled with exclamation marks that detail how an artist who was worth 3,000 has seen one of his works go for 300,000 less than a year later, is now represented by a major gallery which is exhibiting his work everywhere, is selling like hotcakes, is still very young, and whose future remains a mystery—I mean, his future work remains a mystery.

This is exactly what’s happened to Anglo-Colombian artist Oscar Murillo (born 1986), represented by the very powerful multinational gallery David Zwirner as well as by Isabella Bortolozzi, a hip and interesting Berlin professional, and also the experimental London gallery Carlos/ Ishikawa.

Murillo had become a textbook case, a phenomenon of speculation who attained his peak in 2013.
But he is clearly more than a high-end consumer product for casual art lovers in search of rough-hewn paintings.

Moreover he is clear-minded about the market:

‘If you look at the exhibitions that I’ve done, for example at Zwirner in New York, none has had a marketing angle.

David Zwirner is smart. There’s no question he’s a dealer. He loves to sell. And for me, in a way, it’s a privilege to work with someone like him. From the outside it is difficult to imagine that he doesn’t influence my work. But he doesn’t. He doesn’t come to my studio telling me I need to do this or that.’

Furthermore it’s impossible to ignore that Oscar Murillo has a genuine presence outside the art market. Audiences have had the chance to catch him at MoMA New York in 2015 for the exhibition about the revival of painting, ‘Forever Now: Painting in the New Millennium’, or at the Venice Biennale in 2015 with a massive work that was literally hanging at the entrance to the international pavilion in the Giardini under the aegis of Okwui Enwezor.
He creates installations, makes videos and produces canvases made of patchworks which he mistreats: they’re kinds of tarpaulin that are painted, scribbled, graffitied, covered with dust and also sometimes trampled underfoot.

In the giant market for abstract works he has succeeded in creating a unique, instantly recognisable genre that speaks about desacralized art with links to the street.
More recently Oscar showed one of his pieces in Brussels in the context of the excellent Wiels museum. A series of his videos is currently being shown at the Jeu de Paume in Paris and one of his installations is at CAPC in Bordeaux. He is also showing at the Pinchuk Foundation in Kiev before exhibiting his recent works at Haus der Kunst in Munich.

At Wiels and CAPC, as in one of his videos at Jeu de Paume, he’s showing effigies, sorts of giant puppets, which in Colombia are exhibited at the end of the year before being set alight. ‘For four years they’ve been a part of my universe. It is a representation of hidden people, people you don’t see, people you don’t look at. They have a physical and spiritual side to them.’

Oscar Murillo has a very political outlook on the world, tied to his family history as Colombian immigrants in Great Britain.
I question him about the autobiographical elements in his work:

Oscar Murillo’s thinking is connected but his works don’t always appear to contain links between them, so I ask him where he is heading.

The young artist speaks honestly about what he is looking for. Being mischievous, he begins filming me while I film him, before being absorbed by his subject:

Uncertainty is a sign of intelligence in a 32-year-old artist. Watch this space. 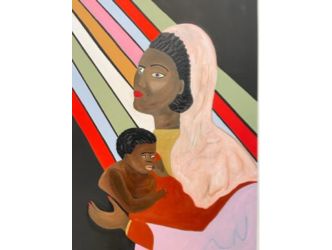