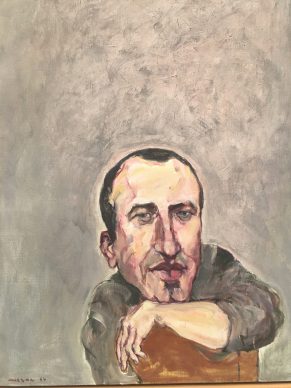 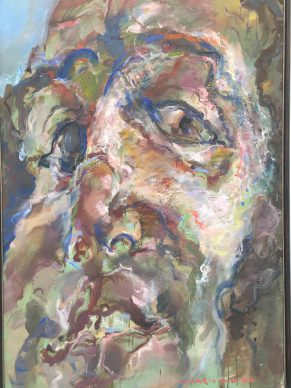 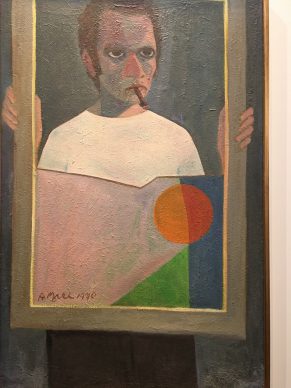 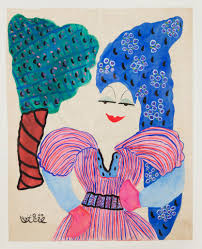 There’s no denying it: the new map of wealthy nations is directly influencing the art market.

In the field of modern art, even if Europe with Picasso at the helm (the record price for his work is $179 million, set in 2015) has represented the inner circle of avant-garde art for as long as anyone can remember, we are now seeing a revolution in attitudes.

Important things have also occurred in other parts of the world, would you believe?

For instance, a region long considered a minnow in terms of modern art, in a perimeter encompassing the Middle East and the Arab nations, is currently rewriting its art history despite some local political trouble.

Until 2 July, the Institut du Monde Arabe (Arab World Institute) in Paris is showing the Barjeel Collection, around a hundred works owned by Sheikh Sultan Sooud Al Quassemi from Sharjah in UAE.  It is nothing less than one of the Middle East’s influential private collections.

Qatar, a small country known for its rich deposits of natural gas, undoubtedly owns the most important collection of modern Arab art; it’s permanently exhibited on the first floor of the Mathaf public museum in Doha.

The collection was conceived since the ’80s by Sheikh Assan Al Thani, the cousin of the current emir.

In Lebanon the colossal collection belonging to economist Ramzi Dalloul is often mentioned, and in Egypt the billionaire Naguib Sawiris, who made his fortune in telecoms, is an admirer of Egyptian painter Abdel Hadi al Gazzar (1925-1966).

The combination of deep financial resources and a desire to take ownership of a legacy that has been overlooked for far too long has led to a perceptible spike in the market.

‘The market is broader but more selective than it was five years ago,’ confirms Michael Jeha, the director of modern Arab art at Christie’s. ‘Qatar and Abu Dhabi, with their museum projects, are particularly active.

Over the past decade the prices have risen very noticeably. Even if there are serious problems in terms of biographical information about artists, things are improving.’

The art historian Brahim Alaoui is among the foremost connoisseurs in the field. He established the first pan-Arab collection for the Institut du Monde Arabe in Paris in 1985. ‘The problem with these modern works is that they still lack a lot of exposure internationally,’ he explains.
Sultan Sooud Al Quassemi explains why he has become so involved in modern art from the Middle East:

He also said that amassing his collection since 2002 has allowed him, among other things, to

realise the importance of minorities in the region that have since disappeared.

Confounding preconceptions, he spoke about the importance role played by Jews in the creative modern landscape in this part of the world:

One of the new stars in this domain, whose work can be seen at the Institut du Monde Arabe, is Egyptian Mahmoud Said (1897-1964).

He was lawyer for many years before devoting himself to painting after a visit to Paris.

He has a realist touch, but styled in cubist and expressionist forms, depending on the period.

Exceptionally for an Arab artist, his catalogue raisonné was written and published by Skira in 2017. The record price for his work was set at 1.8 million euros for a 1934 painting.

Syria’s Marwan (1934-2016) is highly sought-after not only by the regional market but also by a much wider audience after Christine Macel, the Venice Biennale curator, dedicated an entire room to him in the international pavilion.

In 2014 the very hip Serralves Foundation in Porto also organised an exhibition of his work.

The painter who practiced in Germany for many years moved from expressionist portraits to thickly layered abstract work.

The highest price achieved for his work is 384,000 euros, for a 1975 portrait, but there is little doubt that his stock will continue to rise.
Among the most underrated artists on show at the Institut du Monde Arabe is the self-taught Baya (1931-1998), an Algerian painter who was spotted during her lifetime by the leader of the surrealist movement, André Breton.

Flowers, women and birds, rendered in a very graphic and colourful style have sold for up to 33,100 euros, her record price, set in 2014.
Sultan Sooud Al Quassemi concludes with good reason that we’re only at the beginning of a process that will give modern art from the Middle East its full dues. 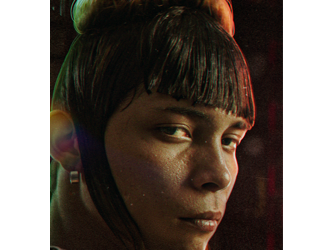