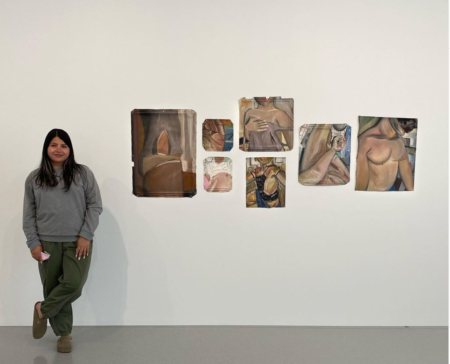 Ser Serpas is 26 years old and she is astonishingly free. This young woman, who was born in Los Angeles and whose mother is a police officer, is one of the stars of the Pinault collection with her remarkable paintings of fragments of bodies, which are displayed not far from paintings by Marlene Dumas and Peter Doig (See the report about the opening of the Pinault collection here).

Articulate and not dogmatic

Her work, which is utterly unique, fits remarkably well alongside that of her elders. Ser Serpas is upbeat, cheerful, driven, and very articulate without being dogmatic. 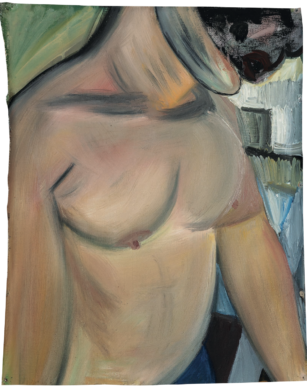 She didn’t have the money to travel when she was a child. But since then she’s made up for lost time: from Los Angeles to New York, from New York to Zurich, then to Geneva with a small detour via Paris to visit the Pinault collection, and now Tbilisi where she is preparing to curate a biennale in September. 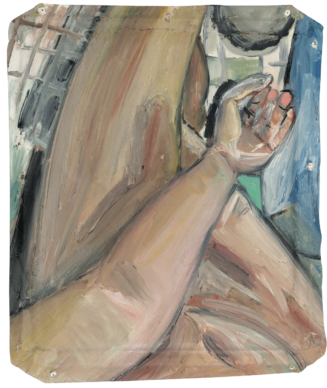 She has already lived several lives. She started out as a community activist in Los Angeles.

She says: “My intelligence is primarily social. From the age of 14 to 16 I used to get on the bus and talk to the passengers in Spanish to explain, for example, that they should sign the petition to save the bus route from being stopped.” 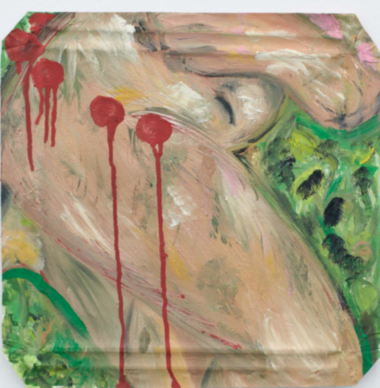 Social media, the nightlife and the queer scene drew her to New York where she did odd jobs while studying political science at Columbia University.

Working on the reception at the Gavin Brown gallery “made me aware that I wasn’t going to project my private life, my personal story, as a theme in my work. I didn’t have any desire to be collected by people who wanted their artists to have a precise background. That’s why my practice was pretty much based on a desire for anonymity, or in any case to challenge the quality of the author. 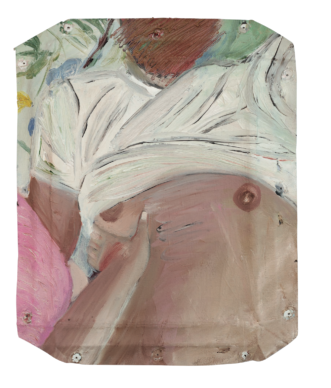 In my paintings, too, you can’t tell who is who, even though they are still figurative. In the same way when I work with poetry I don’t want to be too personal. Getting away from the personal is my reaction to having worked in a gallery.” 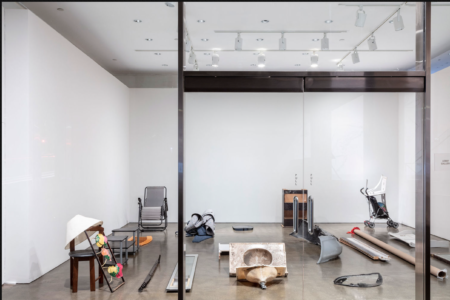 Ser Serpas also creates sculptures using objects collected from around the site where she is being exhibited. At the end of her shows, if the sculpture/accumulation of found-objects isn’t sold, she’ll simply throw the entire ensemble away. Back to the trash!

These sculptures can be interpreted as artworks of varying durations, deliberately ephemeral. They also raise questions on the subject of what has value and what doesn’t, especially when they’re on show in museums. They lead us to think of these found objects as carrying traces of former lives. They tell stories. 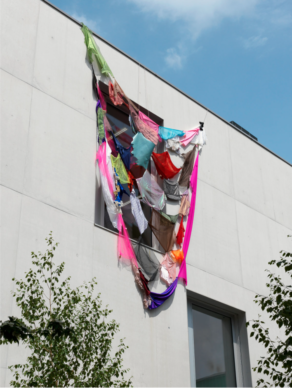 Lastly, these sculptures make a mockery of the concept of market value in quite a mischievous way. In response to the question to be or not to be, Ser Serpas might well say: “both at the same time.”

During the Los Angeles Biennale “Made in LA” in 2020 one of these sculptures was due to be shown at the Hammer Museum, and since it was impossible for the artist to travel there – she was living in Geneva at the time studying art – she decided to explain the idea behind her work in writing on a wall, not far from an array of objects taken from the trash.

Connie Butler, the head curator at the Hammer Museum, talks about this work as being “deeply resistant”. See the video here

Personalities on the internet 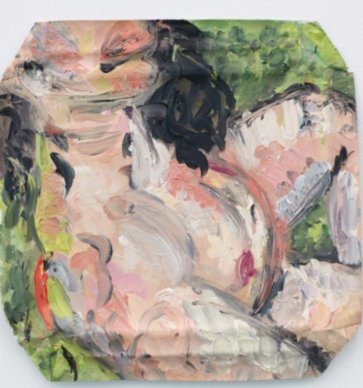 The artistic beginnings of Sera – that’s how she signs her emails – seem to have arrived quite naturally. “In New York I met artists and nightlife personalities on the internet. I was partying and making art. The scene in NY seemed stronger than in LA.

I was curating night life spaces, performance art in clubs. I was also an intern at the Whitney Museum. At that time all my friends were artists, designers, stylists.”

Sera likes to touch on different disciplines. “I would be very bored if I stuck with one medium. My objective is not to become a genius in one discipline.”

With regards to her first paintings, she says they were created after her initial “Garbage Show” at Luma Westbau in Zurich in 2018 (See the report about the opening of Luma Arles here). “I took all these photos of myself.

Me depressed, in my bathtub etc… this period of discovering yourself which for everyone is during college. My body was changing, everything was changing. I’d played with other people’s garbage. Let’s play with my own garbage, my photos. I am very romantic, and I kept the photos that are beautiful of me when I was stupid, when I was thinking of getting engaged for real.”

To paint, Sera explains that she has energy drinks and begins. One canvas can take four hours. The works are made in series. She starts one painting and moves on to another, then comes back again and again to these series of 18 canvases.

Relation to each other 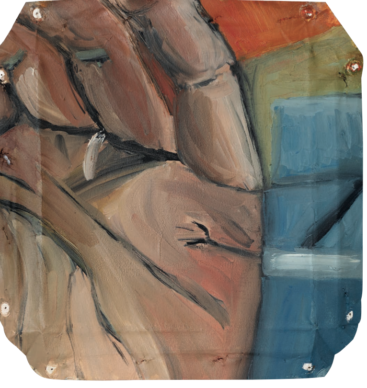 “I don’t believe in them alone. They need to come in several, they need the relation to each other to make sense.” She adds: “Now I am making a new series with new photos of me and other people, details of bodies.”

The paintings have no frame. That’s no longer the aim. “I like canvases that resemble fabric. I work in a very chaotic way, but it’s very organized.” A new kind of chaos, fascinating and promising.