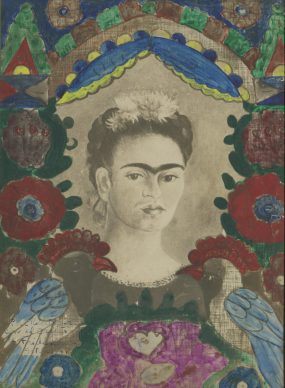 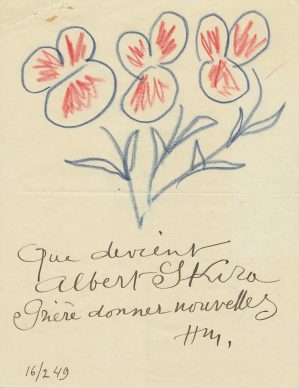 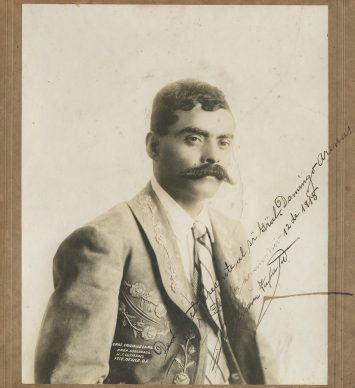 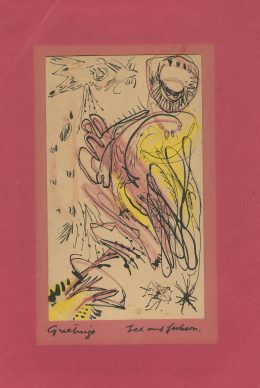 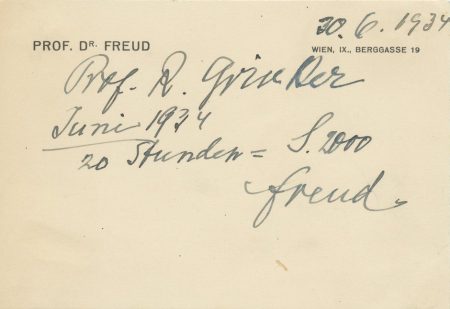 There are only a few days left – until 16 September – to see a sample of an absolutely extraordinary collection at the prestigious Morgan Library in New York. It’s an ensemble of manuscripts compiled by one man who is not endowed with exceptional means, the Brazilian art historian, publisher and former president of the National Library of Brazil, Pedro Corrêa do Lago.

This collection, the scale of which is beyond belief – he claims to have nearly 100,000 documents in his possession (1) – will be preserved in print with the publication in November of a catalogue of the New York exhibition from the publisher Taschen (2).

From a very early age, this scholar and son of a diplomat who speaks five languages has had a passion for handwritten documents from famous figures.

Those who are interested in manuscripts often focus their zeal on a single era, figure or subject. There are fans of Napoleon, French or German poetry, scientific documents or letters from painters. But Corrêa do Lago appreciates and collects all that and much more besides: “I’ve tried to identify about 5000 people who have influenced all the major areas of human endeavour”.

His collection thus includes 50 of Napoleon’s manuscripts along with a letter from his first wife, Joséphine, recounting humorously to one of her friends how she must make herself available that evening for her husband the emperor, and the last letter ever written by the man seen as the giant of German literature, Goethe. He has several pieces by Freud, including a handwritten receipt indicating that he had given 20 consultations in exchange for 2000 shillings.

“Isn’t that the principle of psychoanalysis in a nutshell?” the collector remarks, adding:

“My objective for each document is for it to tell a personal story rather than a historical event. I recognize that there is an element of fetishism to this kind of collection”.

He reveals the circumstances of some of his acquisitions.

To finance his acquisitions, Pedro Corrêa do Lago explains that he’s worked on building collections in other fields.

He is also a diligent observer of the global manuscript market.

“It does happen that certain precious documents are wrongly classified or sold in places where no one’s really interested. When I was 18 I bought a letter written by Gandhi for 1 dollar in Portugal.

I also received the list of manuscripts for sale at the time from an old New York dealer who was charging pre-war prices. That was how I was able to acquire a letter by Marcel Proust addressed to his publisher Bernard Grasset.

To obtain a letter from Sun Yat-sen (3) in the United States, I had to purchase a lot that no one was really interested in, which also included a letter written by Charles de Gaulle and another by Churchill.

There was another time when a famous American auction house was presenting an unspecified lot with manuscripts which included a document by Michelangelo. I bought it for 45,000 dollars.

But there have been other times when I’ve targeted documents beyond my means. It took me four years to pay off the only known manuscript of ‘The Library of Babel’, the short story by Jorge Luis Borges.”

Nowadays the Brazilian collector doesn’t buy much and doesn’t sell much either. But every year he makes sure to acquire a new fireproof cabinet – his greatest fear is fire – designed to protect his manuscripts.

As for the future of his superhuman collection, he merely hopes to “be doing it for a long time yet”.

In Brazil, the history of mankind lies behind his cabinet doors.

(2) The magic of handwriting. The Pedro Corrêa do Lago collection. Taschen. 30 euros. First published in English then in French, German and Spanish.