People never forget Beirut. Take Sam Bardaouil. Born in Lebanon, this world-class art historian is curating the sixteenth Lyon Biennale together with Till Fellrath, on show until 31 December. The duo, who live in Berlin, are also at the head of the prestigious Hamburger Bahnhof, the major museum of current art in the German capital (See here an other interview of Sam Bardaouil). 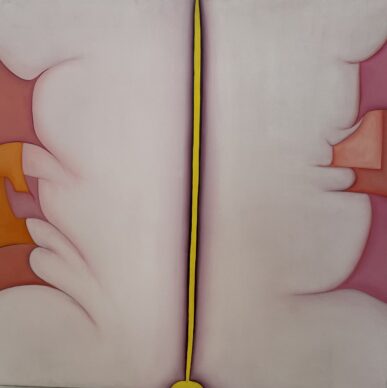 But it is through the history of Beirut that we can make the connection to their intervention in Lyon. The show, which is one of the major events in the modern art world in France, is this year baptized “Manifeste de la fragilité” (manifesto of fragility). “It is a new way of seeing the world,” they say. “Two hundred artists in total ranging from Ancient Rome up to eighty-seven in our era reveal this sense that has been widely felt over the past two years with the pandemic, wars, the crumbling of social structures…” 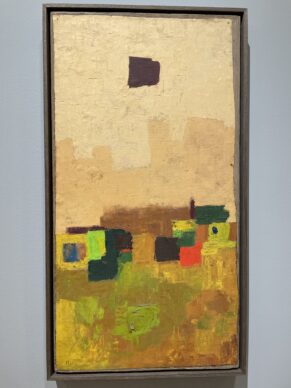 The display, which is spread across twelve sites across the city, opens on the first floor of the MAC, the Musée d’art contemporain, with an imaginary portrait made up of an ensemble of artworks illustrating the life of a silk industry worker in Lyon in the 19th century, Louise Brunet. Unexpectedly, after joining the Canut revolts (the protests of the Lyonnais silk workers) in 1834 she spent her final days… in Beirut. This is therefore the link with Lyon discovered by Sam Bardaouil.

He explains: “Beirut is in essence a symbol of fragility but also of resistance.” An entire floor of the MAC featuring 230 pieces, above all paintings, is dedicated to the  “Golden sixties in Beirut” featuring, among others, the breathtaking and sensual canvases of Huguette Caland (1931-2019), recently given the spotlight in various exhibitions around the world. We also discover abstract pieces by Simone Fattal (born in 1942). She is best known for her sculptures which seem to depict primitive deities eroded by time, displayed, among others, right now at the Venice Biennale. (See here an interview of Simone Fattal with Etel Adnan)

The contemporary artists Joanna Hadjithomas and Khalil Joreige (born in 1969) have conceived a spectacular installation using video images of the impact of the explosion at the port of Beirut in 2020 inside the local modern art  institution, the Sursock museum. The viewer watches the catastrophe unfold, powerless and short of breath, as it plays and replays on a loop. Miraculously, certain works from the institution which were saved have even made the journey to Lyon. (See here an other interview of Khalil Joreige)

Among the most stunning pieces from this sixteenth Lyon Biennale there is a gigantic sculpture measuring 190m2 at the Fagor factory by the Belgian artist Hans Op de Beeck (born in 1969) depicting a 21st-century Pompeii: a life-size trailer park with signs of life (children’s bikes, birdcages, plastic chairs) which has been struck by catastrophe. The entire space, from floor to ceiling, is covered in grey paint, like ash from a volcano. 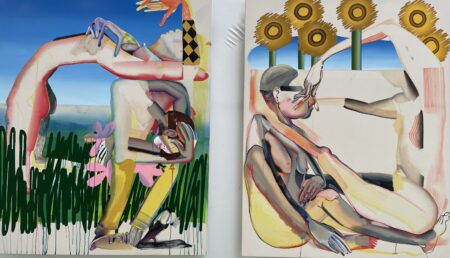 Not far away, remarkable paintings by the American artist Christina Quarles (born in 1985) depict bodies that have been dismantled and reassembled using different visual techniques. In short, these are human ruins.

Apotheosis of the apocalypse

The apocalypse finds its apotheosis in Lyon’s intriguing Musée Guimet which has closed down, where giant aquariums piled up through the care of the French artist Ugo Schiavi (born in 1987) are inhabited by climbing plants, the kind that grow in places abandoned by man. 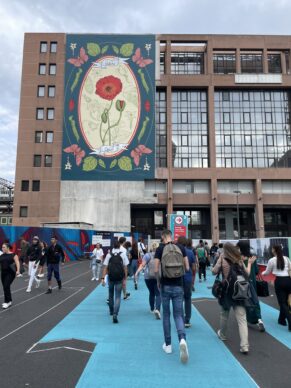 We have been familiar with the ruined landscapes painted by Hubert Robert, which were so sought-after in the 18th century. Here is the revival of this aesthetic, which symbolizes a deteriorating society. It just takes other forms. 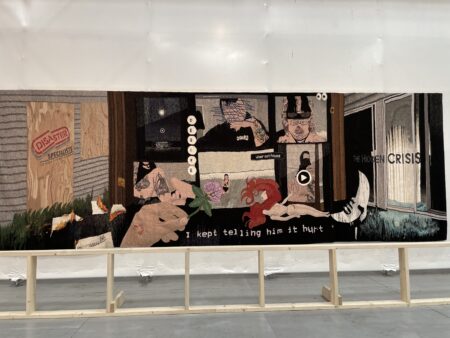