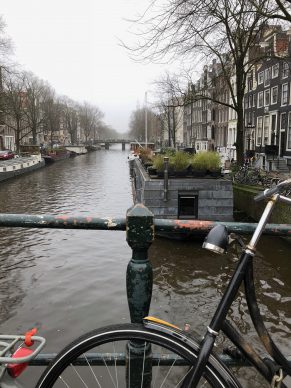 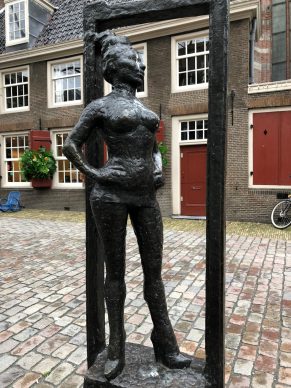 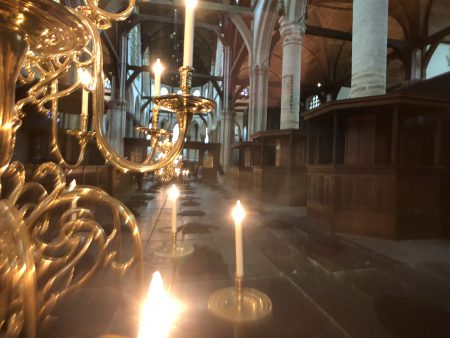 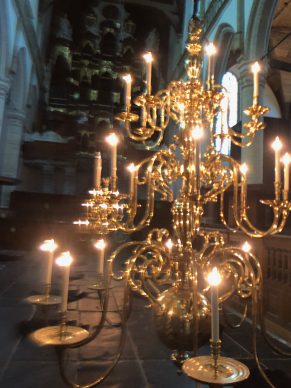 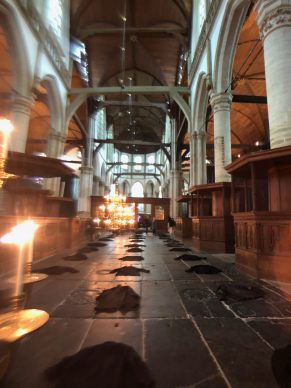 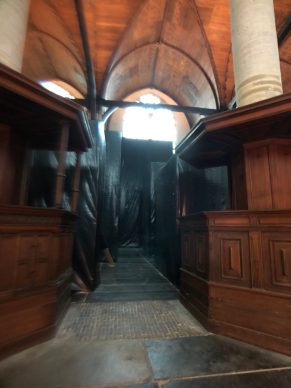 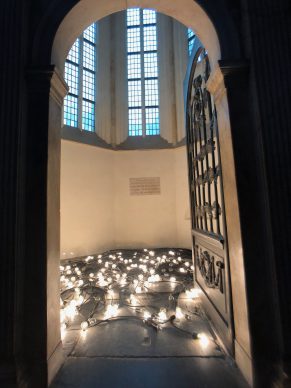 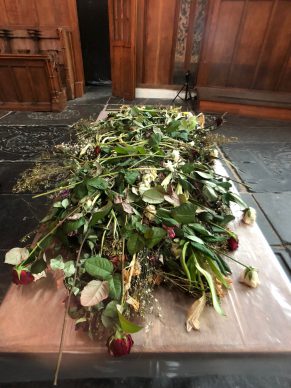 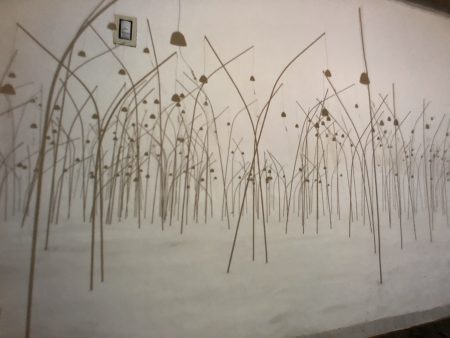 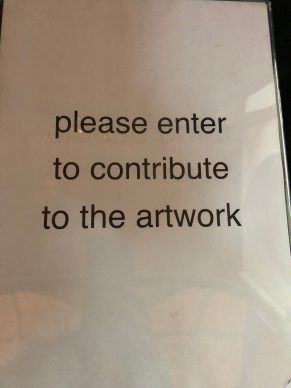 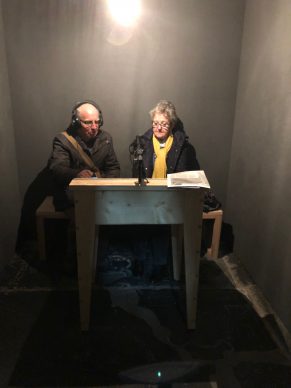 In the old alleyways thronging with groups of pimply teenagers doing the kind of window shopping that would be impossible anywhere else, somewhere amid these old, narrow streets where sailors once used to go to enjoy themselves, there is the oldest church in Amsterdam.

It is even named the old church (Oude Kerk).

Built partly during the 14th century, after the war it was in a state close to ruin, and the protestant clergy decided to sell it.

It was acquired by an organization whose sole aim was to restore the building, and since 2016 the majestic site has been turned into a venue for exhibiting contemporary art, despite mass still being held there every Sunday.

Until 29 April it will be playing host to a series of spectacular installations by the renowned French artist Christian Boltanski (born 1944). It would be an understatement to say that Boltanski is obsessed by death.

With a French Jewish father who spent part of the war concealed beneath the wooden parquet flooring of their home, as well as all the stories he heard during his childhood about the Shoah, Boltanski is haunted by those beyond the grave and how humans go about depicting them.

Beneath the Oude Kerk no less than 20,000 bodies are buried – as was once customary in Christian places of worship – but scarcely 8000 of them have been identified.

The artist wanted to bring these lost lives to light.

Here he is talking about his project:

The director of the Oude Kerk and curator of the venue Jacqueline Grandjean interprets Boltanski’s work and its relationship with death:

In the nave of the church Boltanski has hung  at around head height.

Beneath them, on the ground itself, he has arranged lines of coats borrowed from members of the community.

Here are the dead.

In a corner, the artist has installed a mini recording studio so that visitors can record themselves reading the names of those who have passed on.

Other coats are placed on chairs or on what resemble clothes stands, which resonate with recorded speech asking you questions about your feelings on death.

Throughout the church you can hear the faint tinkling of little bells.

These can be found at the back of the church, projected like shadow puppets.

The sound is created by Japanese very small bells, which symbolize the ancestors.

Further on, piles of lightbulbs are extinguished daily one by one, until the final day when there will be none left lit.

The visitor is overwhelmed by the beauty of the place, combined with the power of the experience itself, which successfully avoids pomposity in spite of its sombre subject matter.

What is regrettable, however, is the presence of enormous blocks covered in black plastic; a clumsy representation of tombstones rising from the earth which added nothing to Christian Boltanski’s immersive discourse.

Yet the aesthetic experience remains at once as subtle as the tinkling bells, and as powerful as the place itself.