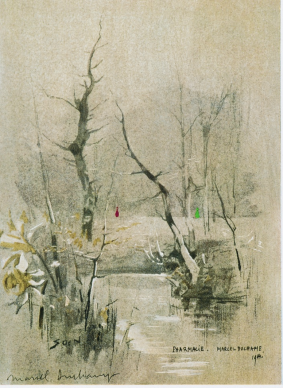 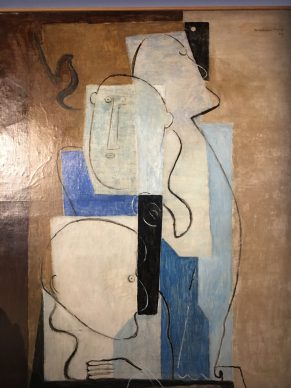 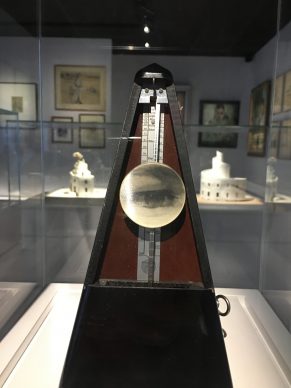 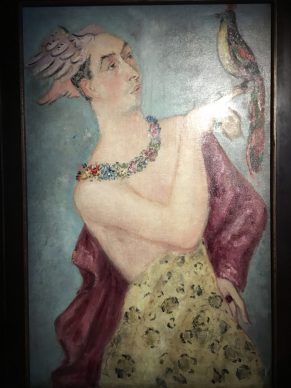 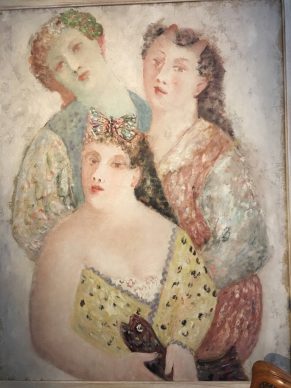 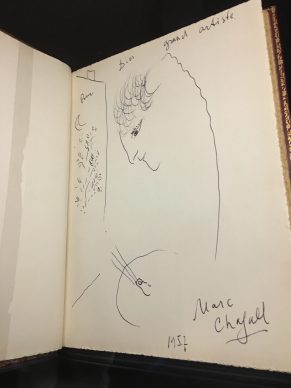 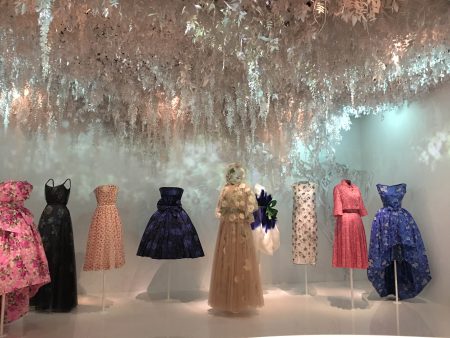 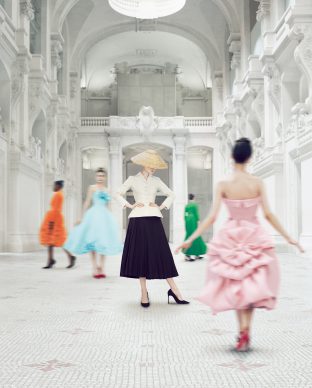 One of the most spectacular exhibitions in Paris right now is at the Musée des Arts Décoratifs.

The grandiose set design by architect Nathalie Crinière provides the backdrop for what are mainly gowns, since this is a retrospective of fashion designer Christian Dior (1905-1957) and his legacy.

This exhibition, however, also contains revelations relating to art:

in the 20s and 30s it was this same Christian Dior who in his own gallery represented young artists, many of whom have since gone down in the history books.

An entire room tackles this subject.

The museum director Olivier Gabet explains that Christian Dior came to fashion very late: ‘He opened his fashion house at the age of 41. Before that he passed through the art trade square.’

Christian Dior’s father was a manufacturer who made his fortune in fertilizers. It allowed his son to be a rentier for a period.

The 1929 crash would have disastrous repercussions for the family’s fortunes, so much so that by 1934 Christian would be completely bankrupt.

There remain few traces of his career in the art business, a career which was pursued almost incognito.

There’s an amusing story that his mother, who thought this choice of profession was beneath him, asked him not to display the family name on the front of the building.

Between 1928 and 1931 Christian Dior partnered with dealer and friend Jacques Bonjean and opened an art gallery in a cul-de-sac in the 8th arrondissement, off the Rue La Boétie. Their dream was to exhibit ‘the masters who we most admire: Picasso, Braque, Matisse, Dufy’ and their actual objective ‘was to introduce the painters we know personally and already admire greatly: Christian Bérard, Salvador Dali, Max Jacob, the Berman brothers’.

Between 1932 and 1934, Dior opened a second gallery with Pierre Colle on  rue Cambacérès, also in the 8th arrondissement. There in 1932 they organised a surrealist exhibition that featured ‘Pharmacie’ by Marcel Duchamp, as well as works by Dali, Max Ernst, Giacometti, Picasso.

The programme went on to include a one-man show by Giacometti and an exhibition dedicated to the architect Emilio Terri who he considered a surrealist.

‘Thanks to his friendship with Max Jacob and Jean Cocteau he mixed in the avant-garde circles of the time in Montmartre and Montparnasse.

He got to know Braque and Picasso. Dealers like Pierre Colle and Jacques Bonjean were like second fiddles in the trade for that prominent new generation of artists behind dealers Kahnweiler and Rosenberg.’

In 1934, bankrupt and struck down with tuberculosis, he moved into fashion illustration, soon to embark on the fabulous career that he was to become known for.
Surrealism offered a far-sighted but short-lived interlude for Christian Dior who, curiously, would go on to become an avid enthusiast mainly of 18th century French decorative arts.