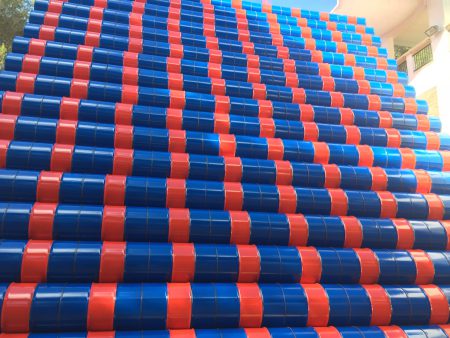 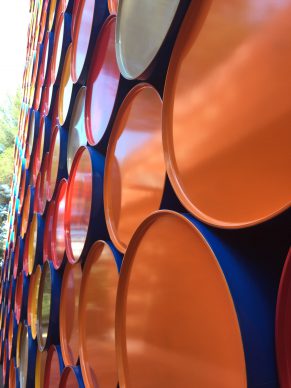 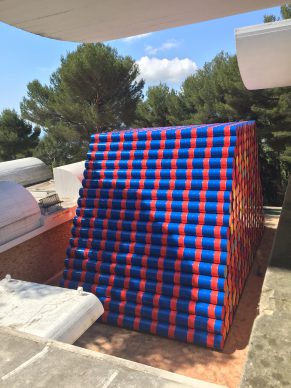 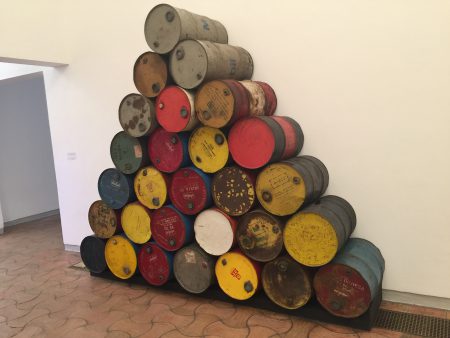 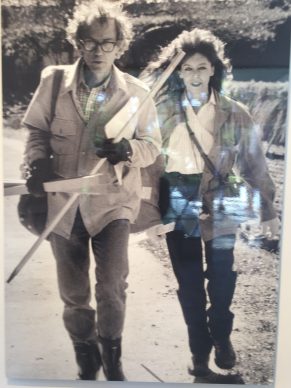 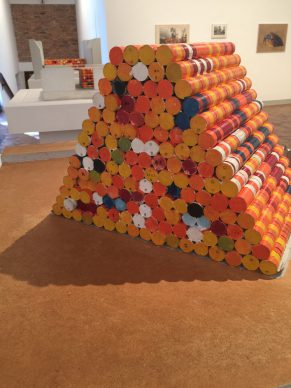 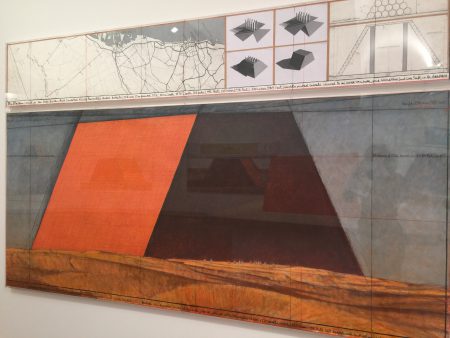 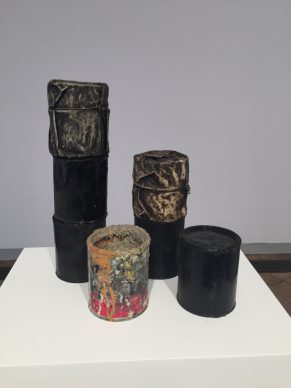 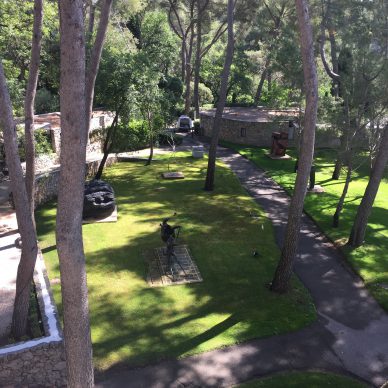 Christo died on 31 May 2020 at the age of 84. He was one of the very first artists that I interviewed early on in my career. I went to meet him in 1993 at his studio in Soho in New York, where I made his acquaintance through the dealer Daniel Varenne, now also deceased, together with his wife Jeanne-Claude (1935-2009) with whom he co-created all of his works. At the time it was she, a strong woman with flaming red hair who acted as the technical linchpin for their craziest projects, who did most of the talking. I saw him again on his own in 2016 at the Fondation Maeght in Saint Paul de Vence, where he was the subject of a retrospective marking a noticeable comeback, since a few months later he also exhibited at the Serpentine Gallery in London.

An exhibition had been due to open on 18 March 2020 at the Centre Pompidou on his years in Paris, from 1958 to 1964, only to be delayed until 1st July 2020 due to the coronavirus. He was also going to be wrapping the Arc de Triomphe, but a pair of rare birds were discovered to be nesting on top of the Napoleonic monument which meant the project was also delayed, and will probably never happen now.

Christo was a rare artist, capable of outsize visions but also of challenging the system through a very original funding model, as shown in the 2016 report where he talks about the subject which became a Harvard case study.

He’s a living legend of the contemporary art world, and at the age of 81, Christo is a walking miracle too.

Highly vivacious, with an infectious enthusiasm, his whole life has been focused towards his craft, bringing art projects to life with a pugnacious determination.

In 2009 he lost his French wife Jeanne-Claude, who was the linchpin of his gigantic works and with whom he co-signed each of them, but he perseveres without her. ‘What counts is beauty. Each project is beautiful and superfluous. I don’t take orders from anyone. Each project exists because Jeanne-Claude and I wanted it to exist.’ On the day we meet in St. Paul de Vence, the ultra-dynamic artist had risen at 4am to reach the Fondation Maeght from Italy (on 16 June, for sixteen days, he’s installing The Floating Piers, a three-kilometre-long pontoon that cuts an ephemeral path across the Lake Iseo, 100km from Milan) and was brimming with energy.
Discussing his Italian project, he states:

‘We’re always working on two or three projects at the same time. In 50 years we have mounted 22 projects, and 37 were rejected. Some were created with a specific location in mind, like the Pont Neuf Wrapped in 1985 in Paris. Others are amenable to different sites.’ Christo, in fact, has perfected a visual vocabulary that can be divided into three categories.

From the beginning of his career, he has produced not only those wraps for which he is best known, but also window displays and coloured industrial barrel structures.

All summer the acclaimed Fondation Maeght in Saint Paul de Vence is devoting its spaces to a project that Christo first conceived and drew for venue in 1967-8: a coloured Mastaba. Christo here revisits the form of the mastaba, an Egyptian tomb featuring a flat roof.

He first flirted with the idea in 1964 for MoMA in New York, but it was never realised.
Since then the concept has blossomed, whether it’s in the small recycled tin cans or in the project that might be realised one day or another, and which he’s been working on for several years: a Mastaba in the Abu Dhabi desert 400 times bigger than the one currently installed in the very beautiful courtyard of the Maeght Foundation.

In Saint Paul, the drums usually reserved for transporting things like oil are dazzlingly new and coloured to the artist’s specifications.

A mass of shades that when seen sideways on resembles a gouache palette with its sequence of colours. Nine metres tall and 17 metres wide, the ‘monument’ in 1076 barrels is organised as a game of colours.

It was created, according to the director of the foundation, Olivier Kaeppelin, in terms of the Mediterranean spectrum: red, blue, orange.

In the Cote d’Azur sunshine, his metallic mastaba flickers with a thousand fires.

He wanted beauty. He achieved it.

But beyond purely aesthetic considerations, should we view this installation as a comment on the political and economic problems arising from oil?

In the opinion of Olivier Kaeppelin: ‘Certainly not. While it’s true that Christo has always been interested in objects with a relation to transport and nomadism, as an artist he does not seek to flesh out liberal or Marxist ideas.

He has a strong aversion to ideology. Remember that he fled communist Bulgaria.’

The entire system rests on an economic principle that Christo is proud to announce is a case study at Harvard Business School ‘on the same footing as those systems implemented by Steve Jobs and Bill Gates.’ Christo is not looking for any sponsor or any public funding.

His aim is freedom and beauty and he’s achieved it.

Christo is a living legend of the contemporary art world.

Christo is a walking miracle. 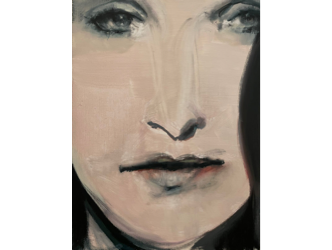 Palazzo Grassi, Venice: Drink in the paintings of Marlene Dumas