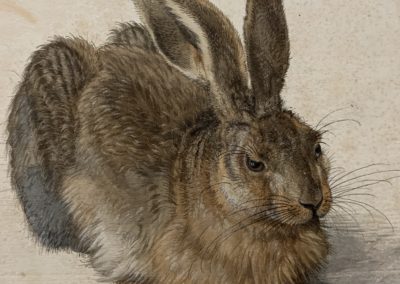 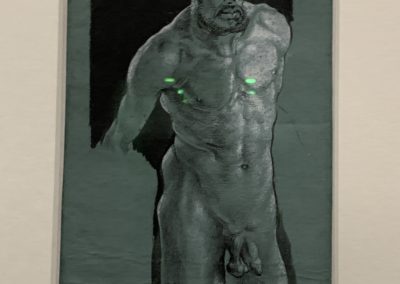 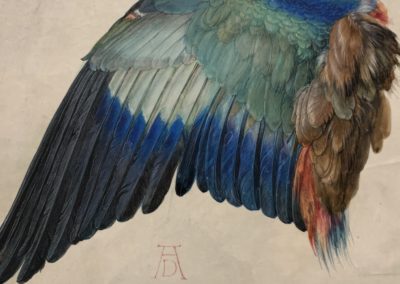 As the whole world descends on Paris to see the masterpieces at the magnificent Leonardo retrospective, there is another very important exhibition also taking place in Europe: in Vienna.

The giant of the German Renaissance

It has the advantage of being much less popular. It’s a retrospective at the Albertina Museum dedicated to the giant of the German Renaissance, Albrecht Dürer (1471-1528).

The two artists shared an unquenchable thirst for knowledge which they applied to their art and which led them to strive for an idea of perfection.

At the sight of various drawings by each of these artists, the viewer is left stunned. There is a sense of the sublime that Dürer explained as “influences from above”, or in other words a gift from God. After visiting his Viennese retrospective we are inclined to believe him.

Two hundred works are exhibited, including 120 drawings out of the 140 that the institution has in its possession. The aim of this major show, according to the curator Christof Metzger, is to convey how in this artist’s oeuvre the works on paper play a dominant role.

This son of a goldsmith, who was first trained in engraving, “only started painting after 1506 and did so relatively rarely. But his drawings were, for him, a tool for observation and promotion which he considered to be an oeuvre in and of itself.”

See the dazzlingly beautiful room dedicated to his coloured works on paper. “But it was his black line that made him famous,” points out Christof Metzger.

His “Young Hare” from 1502 (one of the most famous drawings in the world along with Leonardo’s “Vitruvian Man”) and the “Large Piece of Turf” from 1503 are described by his biographer Erwin Panofsky (1): “every grass and herb are studied and rendered with a devotion closely akin to religious worship”. The art historian adds: “in the same years [he] subjected the human body to a system of lines and circles no less rigid than a construction in Euclid.”

His two trips to Italy had a major influence on this creator, who emerged at the end of the gothic period. Dürer thinks in terms of lines and shapes as opposed to colours.

Dürer was highly narcissistic, which pushed him towards various founding acts such as the creation of his famous monogram from 1794, an unparalleled marketing tool which acted as the proclamation – a first in his country – of his role as an artist placed well above the status of an artisan, and also a notable proliferation of self-portraits.

The one which serves to challenge the chronology of art history was produced in 1499, in black and white pencil and ink, and depicts the artist nude. It’s a drawing of twists and volumes in which the male body seems to literally step off the paper. A quasi-expressionist work reminiscent of the Austrian painter Schiele, except it was made four centuries earlier.

You must also see his engraving The Men’s Bath, a genre scene which addresses male seduction. In the foreground there are two men propped up on a kind of bar, one of them holding a flower. Behind them, on the left-hand side, another man leans knowingly on his hip opposite a flute player. The mischievous Dürer has placed a very suggestive tap in front of his genitals. All this is executed in lines with Albrecht’s signature flair.

We could well imagine Robert Mapplethorpe being involved in the scene.

(1) The Life and Art of Albrecht Dürer by Erwin Panofsky, first published in 1943, is considered to be one of the major monographs of the 20th century. 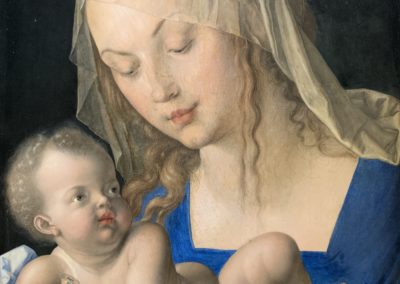 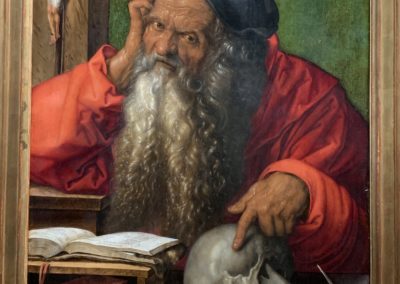 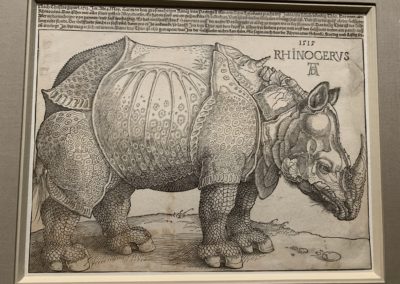 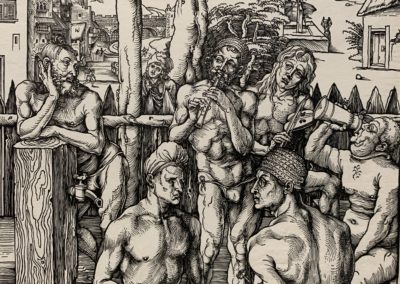