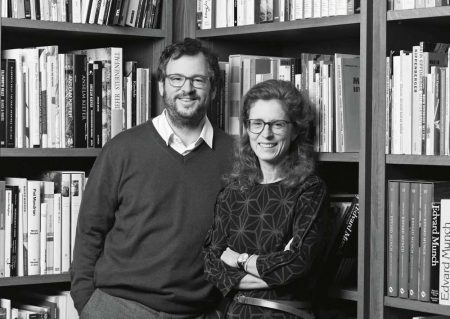 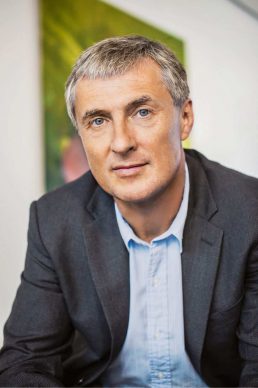 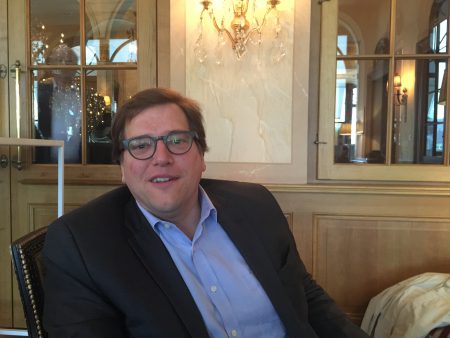 Gagosian, Sotheby’s, Christie’s. Think of the art market at its most glamorous, its most breathtaking, with its record-breaking prices, and the names most often evoked are the two leading auction houses and a multinational gallery owned by the American, Larry Gagosian.

But immediately following the two major autumn contemporary art fairs, Frieze in London and Fiac in Paris now is the time to observe a new reality that over the past few years has transformed the art market at an international level.

Two galleries, Hauser & Wirth and Zwirner, are fashioning themselves as the new leviathans of the market and creating spectacular, museum-worthy shows in supersized spaces.

(Iwan Wirth and David Zwirner turned down my request for an interview.)

The galleries both have bases in the United States and in Great Britain (Switzerland too, in the case of Hauser & Wirth) and have become inescapable powerhouses in this new global art market.

It is not by chance that the press-shy Larry Gagosian has recently stepped out of the shadows.

Among an array of chic names all singing the praises of this living legend, from film producer and Dreamworks co-founder David Geffen to Eli Broad (the B in Kaufman and Broad), passing through Delphine Arnault, daughter of LVMH founder Bernard Arnault, we learn that annual sales of Gagosian’s business are in the region of $1 billion and that the 71-year-old owns a private jet and an art collection worth an estimated $1 billion.

The man who art insiders privately refer to as ‘Gago’ also inaugurated a 1,672 m2 space in London’s chic Mayfair district one year ago in October. He employs, in total, almost 200 people.

The numbers carry some weight.

And seeing as we’re on the subject, Hauser & Wirth and Zwirner are also generating very impressive figures these days. Let’s begin with the former. The gallery was established in 1992 in Zurich by Iwan Wirth and Manuela Hauser, a couple originally from two villages near Saint Gallen in Switzerland, and who today live in England. Manuela’s mother, Ursula Hauser, also a collector and the head of a Swiss wholesale business empire that for a time included the discount household appliances brand Fust, allegedly provided them with financial help for their first gallery.

These days the couple own six exhibition-sales spaces, the largest of which, at 2,787 m2, was inaugurated in March in the hip downtown Los Angeles with Paul Schimmel, former head curator of the Museum of Contemporary Art Los Angeles, at the helm.

In New York, Hauser & Wirth has 1,156 m2 of exhibition space divided between Upper East Side and Chelsea, two of the city’s most exclusive neighbourhoods. As if that were not enough, the couple has a giant farmhouse in the Somerset countryside in England, very close to their home. Here you’ll find 562m2 of exhibition space, while in in Mayfair, central London, the Hauser & Wirth gallery commands 543m2.

As for David Zwirner, he’s the son of the Cologne avant-garde art dealer Rudolph Zwirner and launched his business in New York in 1993. He recently staked a lot on the Chelsea neighbourhood with two spaces one street apart, 4,000 m2 in total, in comparison with 929m2 in London and a comparable space scheduled to open in Hong Kong in 2017.

These two competitors who were also partners in New York between 2000 and 2009 before taking off in separate directions on new adventures, each employ between 120 and 150 staff.

All these figures serve a purpose.

They help to understand the volume of business you need to generate to turn a profit.

How many canvases, sculptures, installations and even books do you have to sell each year to survive at this size?

‘It’s the Gago syndrome,’ explains using layman’s terms a European dealer who wishes not to be named. ‘Like the Gagosian Gallery, they have their footsoldiers, their sellers, who crisscross the planet. What’s more, they associate their business to a brand – it’s an exercise in ‘branding’.’

‘These houses are like luxury companies. They offer their clients and their artists an exceptional service. Today, an art collection is a phenomenon that is integrated into the lifestyles of the very rich.’

Certificates, deliveries, documentation on the artworks: the galleries provide an efficient and upmarket administration. For example, in March, when Hauser Wirth & Schimmel held its launch in Los Angeles, the gallery’s clients arrived from all over the world.

For the occasion, not only were they invited to a prestigious dinner where they could rub shoulders with the cream of the art world, but they also enjoyed a whole series of benefits including an advance premiere tour of the Broad Museum and access to ordinarily out-of-bounds very private collections. Being a client of Hauser & Wirth or Zwirner is like having a backstage pass to the art world jet set and to good taste.

To finance these kind of upmarket events the two companies bet on several tables at once.

Their imposing gallery spaces, for instance, often double as real estate investments. What’s more, they each have a handful of super-collectors who more or less blindly follow and back their stable of artists. One of the names most frequently cited is Friedrich Christian Flick, a German collector who now lives in Switzerland. A short version of the story is he’s the heir of the Nazi war criminal Friedrich Flick who since the ’80s he has acquired a colossal amount of work from the two galleries (some of which was donated to Berlin’s Nationalgalerie in 2008 and 2014).

According to a dealer from London, ‘Some of these ‘big fish’ are unknowns but in the space of only a few years one of them has bought 50 million euros of works by the Californian artist Paul McCarthy via Hauser & Wirth. In 2013 when Zwirner had his Koons exhibition in New York, he sold around 25 million of works by him.’
To reach such sums you have to have artists of a certain weight. In this regard, each gallery’s stables of artist (they show 50 to 70 artists respectively) is staggering.

Both have made their speciality combining established figures from the history of art, and whose estate they represent, with others who are still alive and whose output is watched with rapt attention by institutions and art lovers.

In Zwirner’s hunting scene you find, for instance, one of the big talents of German post-war painting Sigmar Polke (1941-2010) being shown at the moment at the Pinault Foundation in Venice as well as the painting star Luc Tuymans (born 1958).

At Hauser & Wirth there is no hesitation about showing the work of the nihilist Dadaist Francis Picabia (1879-1953) (there will be a retrospective at MoMA in New York in November after Zurich) and the French artist Pierre Huyghe (born in 1962) who took over the Metropolitan Museum rooftop in 2015.

What’s more, the best way to bring in some extra cash at the end of the month is to bank on what generates the most money: the secondary market. In other words, by acting as an intermediary on transactions involving any artist of value, preferably a colossal one.

The official line from the two galleries, however, is not to highlight the commercial aspects but rather their love for their artists. ‘Our artists are at the heart of what we do and our spaces have grown naturally with our business,’ states James Koch, director of the Hauser & Wirth gallery in Zurich.

Chris d’Amelio, a partner at David Zwirner, employs astoundingly similar arguments to his competitor: ‘We have a long-term approach with our artists. And when their careers grow, we grow with them.’

A number of professionals are amazed by the turn taken by these leviathans’ businesses.

‘The existence of this type of offer is linked to the fact that in the last ten years contemporary art has become fashionable,’ explains Nicholas Logsdail, who in 1967 founded the famous Lisson Gallery in London.

He adds ‘The contemporary art audience has multiplied by 100 and the financial risks assumed by galleries have grown by the same proportions.’

Marc Blondeau, the Geneva private dealer, reckons that the current trend, promoted by the auction houses, consists in ‘selling prices instead of art. Some artists have become financial products.’ The gallerist Dominique Levy, based in London and New York believes that ‘these types of galleries have such high running costs that it inevitably impacts on the quantity of work the artists produce and on the prices they command.’

We should be wary, however, of bracketing together the strategies of these two new major institutions of the contemporary art market.

Hauser & Wirth seems to inspire a great deal of respect among art fans due to the very fact that its official objectives are not only commercial. Their galleries can be living environments with children’s events and restaurants, and some artists remain on their roster even when they don’t always bring in enough money.

Zwirner, on the other hand, has a truly ‘killer’ reputation in the business, encroaching more on Gagosian territory. In a piece in The New Yorker in December 2013 he said ‘no one sells expensive things like we do with the frequency that we do.’

Two French artists Adel Abdessemed and Yan Pei Ming most likely racked up expenses because they were both removed from the gallery’s programme. (Adel insists that it was he who wanted to leave Zwirner).

Is the model of these mega businesses selling oversized works for astronomical prices the new normal?

‘It is worth considering,’ concludes the famous London-based auctioneer and private dealer Simon de Pury.

He mentions the example of a new phenomenon that is all the rage the art world: artist agents. They don’t charge exhibition fees or space hire. Instead, like an actor’s agent, they represent their artists’ interests.

The art market is experiencing an epochal shift. And this trend should only become more accentuated with the global economic crisis.