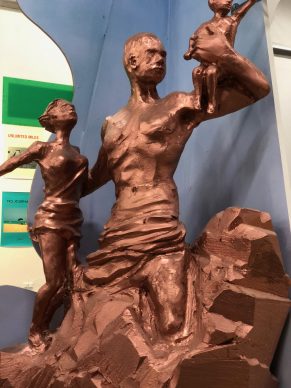 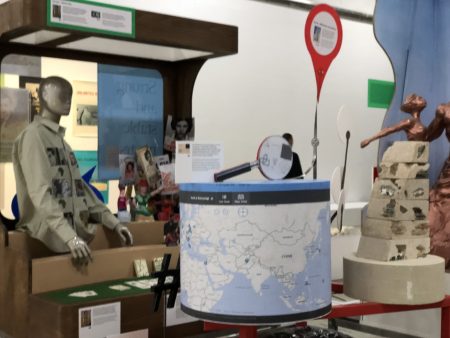 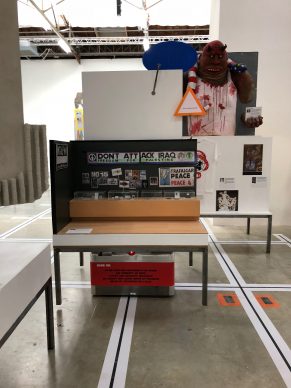 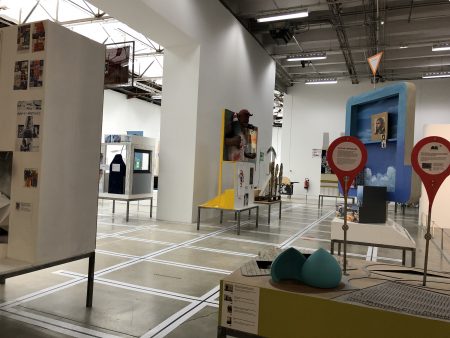 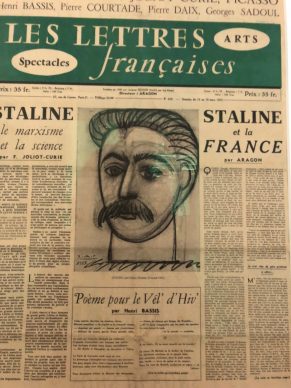 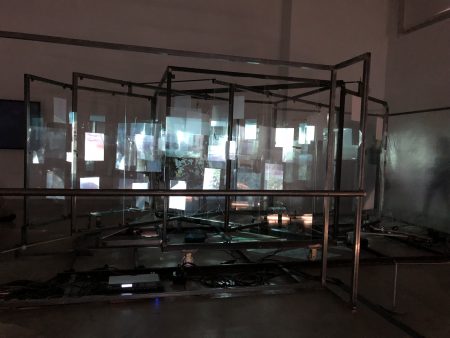 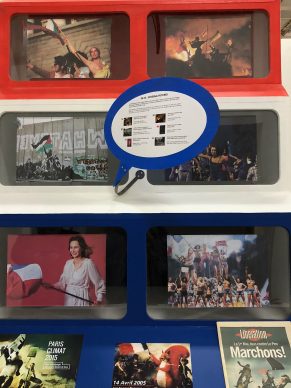 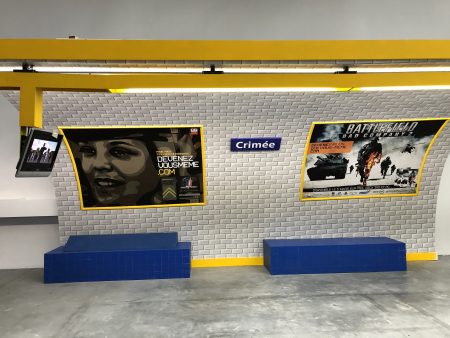 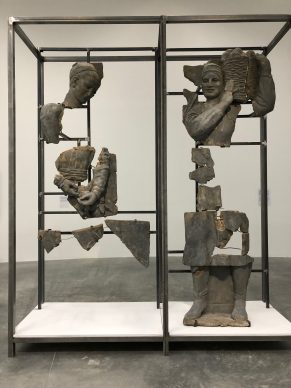 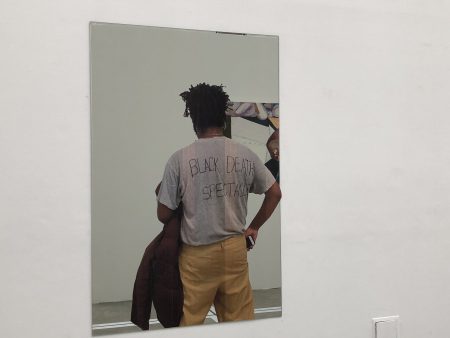 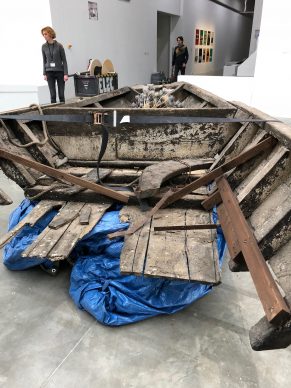 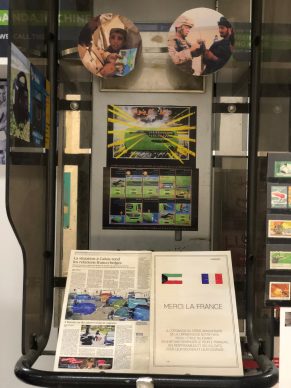 Ever since that mythical day when the serpent tricked the original couple into taking a bite from the apple, the desire for domination has been a common human sentiment.

It takes various forms, which have been illustrated by artists down the ages.

Not long ago, the Academy considered the noblest art form to be that of history painting, the depiction of the great feats of supposed heroes.

Today, and until 13 May, the Palais de Tokyo has been invaded by several exhibitions which tell the story of war and its aftermath. The most striking of these, explicitly entitled “L’ennemi de mon ennemi” (“The Enemy of my Enemy”), is the work of Neil Beloufa (born in 1985), the brilliant French artist who was granted, among others, his own personal exhibition at Moma in New York in 2016, which I have already written about.

It’s as though a stream of images were materializing into three-dimensional form to leap out at you from a multitude of computer screens.

Numerous visual reproductions, copies of artworks, documents, figurines, tell tales of domination and propaganda that have emerged from war museums in various countries.

To provide a link, robotic machines transport slogans from one stand to another.

Neil Beloufa says, “these are not sculptures so much as didactic objects. We played around with creating a Disneyland of information.”

Beloufa had the smart idea of giving movement to the majority of his installations. Not long ago, the best modern artists were obsessed with the illusion of a moving vision of the artwork (futurism, cubism).

Today, it is the artwork that moves around us.

The artist points out the anomalies in our history and our memory. He takes the Vuitton advert depicting the man who opened up Russia to the world in modern times, Mikhail Gorbachev, posing with bags by the French luxury brand.

At the opening he was  representing what we presume to be the painting by Dana Schutz, the white artist who sparked controversy at the Whitney Museum, depicting the violent death of a black teenager, but the painting itself was hidden by a figure inlaid on a mirror in the style of Pistoletto, on whose back is written “Black Death Spectacle”. After the opening of the exhibition, Neil Beloufa removed this piece at the request of Parker Bright, who is depicted with his back blocking Dana Schutz’s artwork from view as in the Whitney Museum protest.

Beloufa displays two pages from a French newspaper with the phrase “Thank You France” declared by the state of Kuwait on one side, and on the other side a report on the catastrophic situation of migrants in the border town of Calais.

He also recreates a Parisian metro station, Crimée (its name comes from the Crimean war), and displays side by side on its walls an advert for the French army, which strangely resembles its neighbouring poster advertising a war video game.

The exhibition even features the fake damaged boat from the film on the Normandy landings, “Dunkirk”. Yet another history painting…

“I think the way we represent the world today is extremely harmful. Everything is presented in a very Manichean way. Here we are simply making a catalogue of representation, but one without value judgements, whereas artists are usually expected to be critical and progressive.”

To find out where the artist places himself you must visit the room which serves as a homage to Gustave Courbet, with two of his paintings. “He was the first among us who played the market’s game, courting patrons, and at the same time demonstrating an exceptional level of emancipation.”

To be a commercial artist? Or to be a rebel artist? Neil Beloufa looks to the past to consider this ambiguity. He explains:

Neil Beloufa is a shrewd observer of the world.

Officially at least, he is not a fighter. Because as Sun Tzu the Chinese author of “The Art of War” said: “the supreme art of war is to subdue the enemy without fighting.”