Naoshima : the Incredible Art Island Imagined by a Billionaire 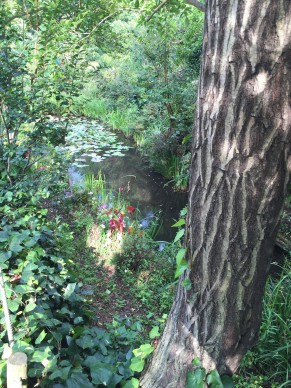 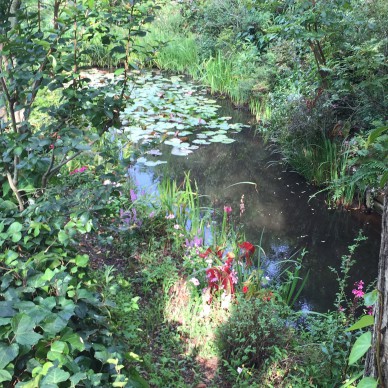 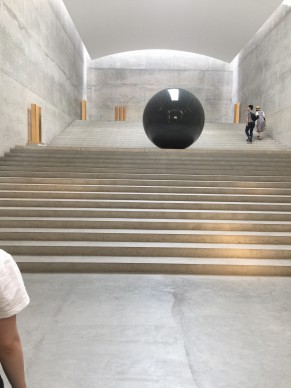 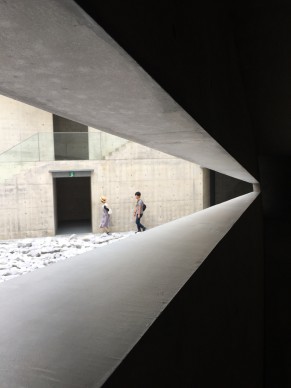 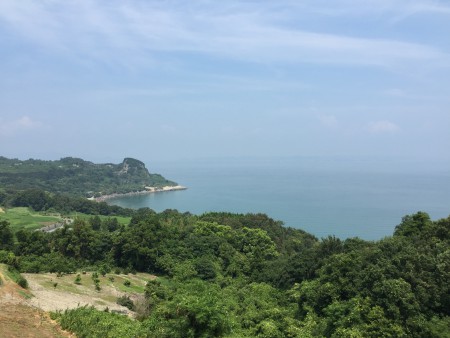 This place is one of the hotbeds of global contemporary art fantasies, the incarnation of a super mega dream worthy of the early 21st century. A suite of sites dedicated to contemporary art making, a sort of mini republic of the most spectacular contemporary art extant. This place is Naoshima, the contemporary art island town in Japan’s Seto Inland Sea. In today’s world, only one other destination can compete with it. That place is located in Brasil’s Minas Gerais, near the sublime Baroque town of Ouro Preto; it’s a super mega park for art called Inhotim and founded by the megalomaniac former mining magnate Bernardo Paz. On a smaller scale, in France—and more precisely in Provence, near Aix—Chateau La Coste, an estate founded by the Irish businessman Paddy McKillen, also mixes contemporary architecture and art.

But let’s get back to Japan.

For the third time now, I recently paid a visit to Naoshima under the blazing August sun. Back in 2010, I had met the very hard-to-reach and very discreet creator of this oversize utopia, Soichiro Fukutake, a businessman who appears to be constantly increasing the size of his kingdom. Fukutake first made his fortune in correspondence courses, which flourish in the Land of the Rising Sun, after which his business grew into a multinational corporation that includes the famous Berlitz Language Schools.

In Naoshima, Fukutake has created what he calls “a paradise.” His vision of Eden is not that of the common man. He even says so himself: “This is not a holiday destination. It’s a place built to resist modern society. A place from which a new vision of the 21st century is being disseminated. Visitors must feel some tension.”

Indeed. On the territory Fukutake has created, tension is tangible. To begin with, you have to earn even reaching it. You get there from Tokyo, first taking a train or a plane, then a bus, and then a boat with a difficult schedule. In August, some passengers are kept back; the boats are small. With time, Japanese demand for this destination has become important. You’ve reached your destination when, on the pontoon, you catch a glimpse of what has become the site’s symbol: a gigantic black-dotted yellow pumpkin made by the most popular Japanese Pop artist in the world, Yayoi Kusama.

Naoshima is no amusement park.

You have to walk, walk and walk some more between scattered sites, or rent a bike—if there’s any left— or manage to catch the overcrowded minibuses driven by exasperated drivers that crisscross the sites.

You get it: August isn’t the preferred period for a visit.

And so begins your journey in quest of beauty.

All major buildings have been designed by Japanese architecture’s living god: Tadao Ando. What you should expect is: concrete, always; a great sobriety of lines; and hotels oriented so you can contemplate sunsets on the sea.

The character of the island’s main hotel is clearly monastic: there’s no Internet, no TV. You can look at the water, sleep (a lot), or tend (as Voltaire urged) [pour éclairer les lecteurs non francophones mais un peu cultivés ou qui veulent se cultivar un petit peu] to your inner garden—that is, if you have one.

Fukutake’s version of paradise is severe and protocol-heavy. Very Japanese. “Forbidden” signs are everywhere. Taking photographs inside is forbidden. Talking is often forbidden. Getting close to the works is forbidden, or you’ll set off horrendous alarms. Talking on the phone is forbidden. This art republic isn’t a free republic; it’s a republic of effort, contemplation and information control.

And so a journalist wishing to write about this subject is asked even before her visit what her article will be about.

And yet, you have to acknowledge that, in its vein, this project represents a culmination.

For Fukutake, a native of this region, the project’s origin also lies in the fact that the island, like many others, was on its way to desertification and that old buildings lay abandoned. All that remained was old people. They’re now quite busy. In the village of Naoshima itself (population 3,500 in 2010), some old buildings have been turned into works of art. Such is the case with an ancient temple, which Hiro Sugimoto, an artist better known as a photographer, has reimagined with glass steps that lead down into the earth’s bowels. As if to reveal a mystical truth. Such is also the case with a house given over to a work by the American artist James Turrell where, once your eyes have become acclimated, colored lights appear in the total darkness.

A breathtaking aesthetic achievement, the museum devoted to Korean artist Lee Ufan—whose work filled the Parc de Versailles last summer—addresses, as always, conceptually and through various works, the eternal struggle between rock and metal: in other words, the struggle between nature and mankind, between what’s tangible and what’s illusory.

Making your way up the hill, you cross an exceptionally beautiful garden, modeled after Claude Monet’s garden in Giverny, to reach the Chichu Art Museum, which is buried in the earth like a nuclear shelter. Spirituality reigns as always. In zenith-like light, several of Monet’s Water Lilies [OK?] lyrically spread their symphony of colors. The large central composition (nearly 6-meter-, or 20-foot-long) was acquired from the Paris gallery Larock-Granoff in the 1990s. The experience demands that, in compliance with the rules, you take off your shoes to walk on small white marble tiles that complete the total aesthetic experience.

In another gigantic space, Walter de Maria’s large granite sphere, placed on top of a staircase of imposing proportions, suggests a supreme mystical force that might tumble down on you, as you’re contemplating this from below. This is too explicit to be moving.

You have to wait until the next day to reach the nearby island of Teshima, about a half-hour boat ride away. More natural, less domesticated, it contains an absolute masterpiece located 4 kilometers (2.5 miles) away from the pier. Your arrival at the site provides consolation for the forced walk—unless you’ve managed to catch the only taxi around. Facing espaliered rice fields is an astonishing pillar-less oval building, an architectural anomaly designed by Ryue Nishizawa of the SANAA [corrigé ortho] group. It’s reportedly shaped like a drop. Of course, another long wait is again required in order to enter the site. Inside, visitors are all silent and contemplative—some seating, some lying down—while looking through the two giant apertures delineated in the building’s roof. A few transparent threads are hanging from the ceiling; water drops scattered on the cement move around like living organisms. This installation was conceived by Japanese artist Rei [ortho US] Nato, whose work is very scarce and who once said, in one of her few interviews, “I want to share quietly the ephemerality and fragility of the things that affect me deep inside.” (http://www.art-it.asia/u/admin_interviews/BfJsMlveo8jH1tKuray0?lang=en). It’s almost nothing and it makes you feel lighter.

Here, you become inclined to forget time. The collaboration between architecture and art reaches its pinnacle to steer you toward contemplation.

And yet, before this huge wave of beauty, Teshima was first known, in the 1980s, as Japan’s illegal industrial dumping ground par excellence. That problem appears to have been solved.

In the village, near the pier, and even though it isn’t a big draw, the psychedelic and delirious installation by German artist Tobias Rehberger shouldn’t be missed—all while sipping ice tea provided free of charge once you’ve taken a number, as you would in an administrative building or New York’s classic old delis. Japanese protocol, once again.

Finally, in a remote house on the other side of the island, French artist Christian Boltanski has conceived what he calls “the archives of the heart.” Here, since 2008, people come to record their heartbeat, which for the artist represent the most faithful portrait of a human being. The setting is somewhat kitschy with, in what resembles a nurse’s office, a young lady in white coat offering to take a recording of your heartbeat for 1,540 yens (about $12). One room is devoted to listening to these hearts, which all beat in a unique manner, echoing in rhythm with a light that goes on and off. When I was there, 46,381 people had made the trip all the way there to leave a trace of their vital organ, long considered a refuge of man’s feelings. In this work, Boltanski has created a vanity for the 21st century.

It’s time to return to the pier to take the last boat, lest you remain stuck on this island, which has no hotels. On the worn seats of what serves as a waiting room, multicolored crocheted doilies have been placed, most certainly made by one of the area’s many elderly ladies. The whole looks like the type of contemporary works of art we see a lot of nowadays, which incorporate traditional craftsmanship. Is this an involuntary last message from Fukutake about “art being everywhere” just as we’re leaving his “paradise”.