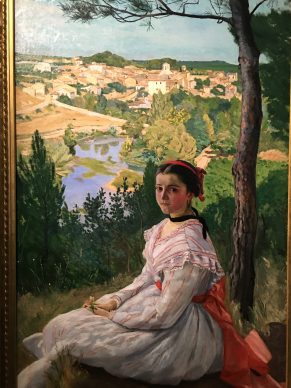 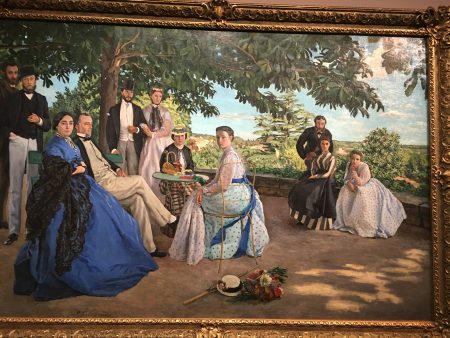 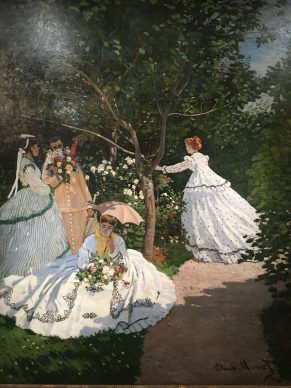 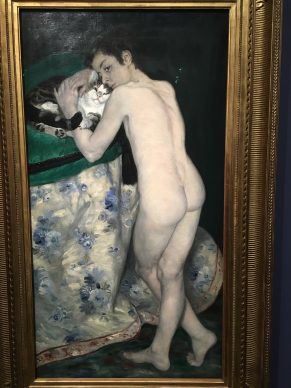 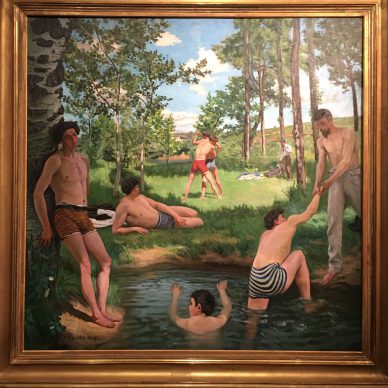 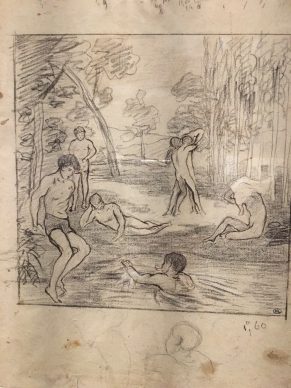 The history of art spends its time righting past wrongs.

The most recent case comes in the shape of a stunning exhibition on an Impressionist artist at the Musée d’Orsay, which runs until 5 March when it will travel to the National Gallery in Washington.

Through the full sweep of a nevertheless limited body of work, one discovers Frederic Bazille, who died in battle in 1870 aged 28, to be a passionate and mysterious painter.

Born and raised in Montpellier, and from a wealthy family, he got to know, lived with and worked with the very best that Impressionism in its first flushes had to offer.

He shared a studio with Claude Monet from 1864-65 and with Renoir in 1866-67. He had great admiration for Manet and met Cezanne and Courbet.

He would start finding his style only for the Grim Reaper to suddenly carry off this young man who had enlisted in the French Zouaves.

His body of work includes around fifty paintings that are mainly to be found in the Musée Fabre in Montpellier, the Musée d’Orsay in Paris and the National Gallery in Washington, donated by Paul Mellon,  who was advised by the French dealer Wildenstein.

Forty-seven paintings by the artist are on view in Paris.

His very early career is characterised by a constant search that seems imbued by those people he surrounded himself with. Monet ‘who may rightly be thought of as his first master’ according to the exhibition curator Paul Perrin, gets him to observe the countryside and to paint it. Bazille, in return, would support him financially and purchase his paintings, ‘Women in the Garden’, which is included in the exhibition.

The apotheosis of the exhibition deals with a subject that is at the centre of the Impressionists’ concerns: the representation of man in nature. ‘Summer Scene’, which belongs to the Harvard Museum, is his unquestionable masterpiece.

In the 21st century, one cannot help see it as a scene of sensual repartee between a group of men.

They wrestle, spread out languidly, get dressed, or lean against a tree… The characters, who look like collages incrusted in the bright green of the river banks, are confoundingly modern.

The title of the work ‘Cast Net Fishing’ should not be taken at face value, for this painting depicts nothing more than two naked men in the meadows.

As for ‘Study of a Young Naked Man’, a mysterious and unfinished painting, one half consisting of an undressed boy with a velvety body resting on the floor and the other half of women’s skirts, it too grapples with male representation in the open air.

Paul Perrin explains why, to his mind, Frederic Bazille is an important artist:

Bazille found his path, a unique one, skilfully combining modesty, eroticism and a celebration of communion with nature in a quasi-theatrical atmosphere.

His is a truly great art that deserves its place in the history books. 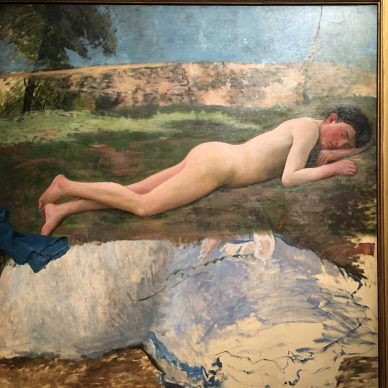 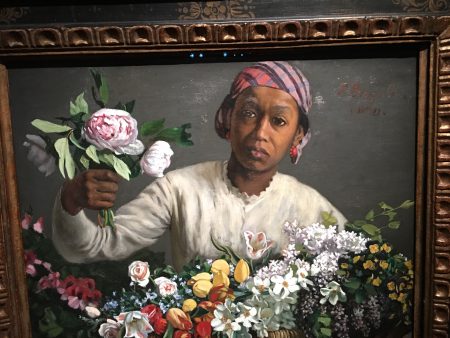 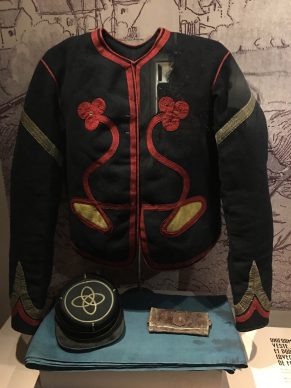 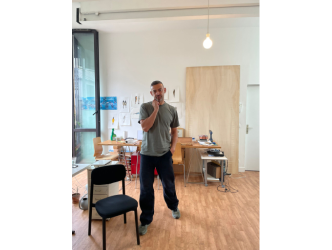 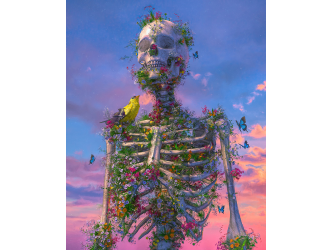 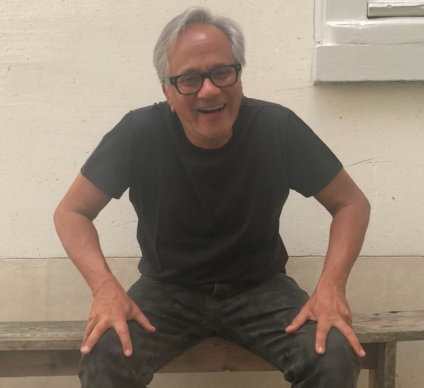 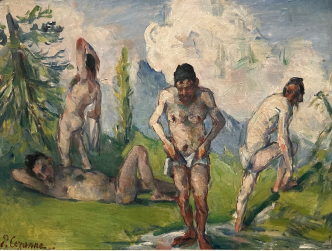