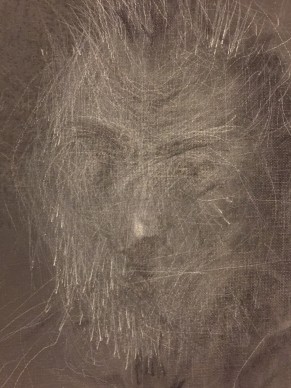 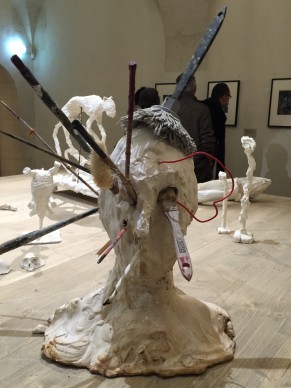 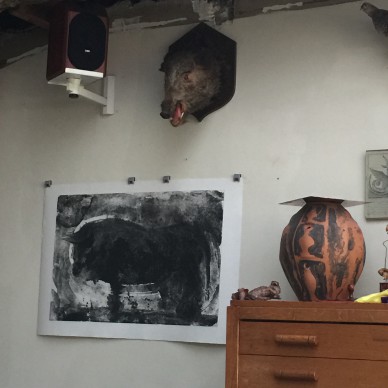 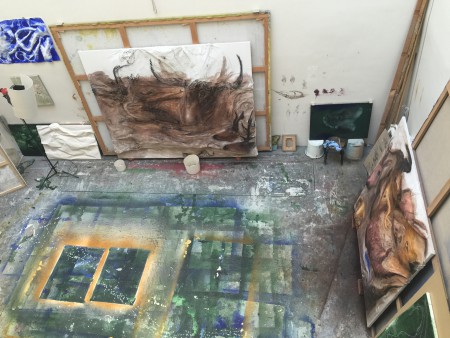 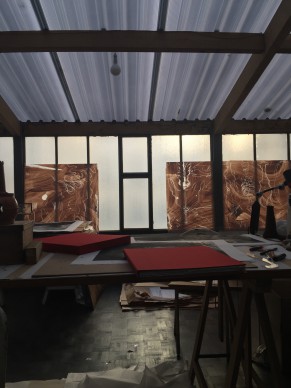 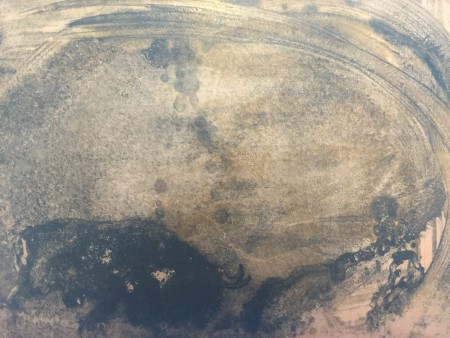 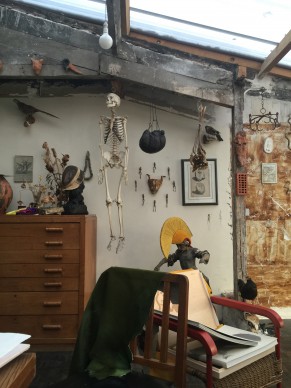 Some painters have an overwhelmingly intellectual relationship to their work. For others it’s more physical.

Ask one of the most famous among the latter group, Gerhard Richter, born in 1932, who his greatest inspirations are, and he’ll unexpectedly begin talking about the German writer Goethe. Though Richter is a painter through and through, his work is conceptual.

Currently in Paris there’s an exhibition in two parts at the Bibliotheque Nationale and the Picasso Museum by another painter, Miquel Barcelo (born 1957), originally from Mallorca.

What immediately strikes the viewer about this collection is the artist’s physical relation with his materials: plaster, earth, clay, paint, canvas, a myriad of pigments such as bleach, ash… He likes to get his hands dirty, feels the need to work the material, knead it, transform it, experiment with it. His artistic references, for that matter, are in the same category: ‘My family is Picasso, Miro, Pollock, Twonbly,’ he says.
He explains the significance of plaster and clay in his creative work:

Clearly those large and misshapen coloured terracottas that can be seen in both spaces seem to be directly inspired by those of his illustrious elder and fellow countryman, Picasso. Barcelo insists that ‘you should never try to resemble Picasso. Some artists try to and it’s distressing.’

The most impressive piece in this double exhibition is at the Bibliotheque Nationale, but it’s located outside the normal exhibition circuit. Stretching across the entire length of one of the building’s glass windows, 260 metres long, Barcelo has created an ephemeral fresco. The window was covered with clay and the artist has then come along and applied his bare hands or old blunt tools, which he hunts for in flea markets, to draw shapes. Animals, skeletons, shadows that dance on the translucent surface.

‘I went there every morning . I drew it all spontaneously: octopuses, skeletons, the head of a warthog, a buffalo, a dance of death. It goes back to cave art, to the earliest forms of writing.’

One can’t help regret that the long fresco will disappear in August. Its author muses: ‘There are things that by nature have to disappear like drawings in the sand.’

Barcelo’s art is like a magic lantern that allows forms to appear in the materials. Here is a bull in the shape of a dark ball emerging from a copper plate; there an ancient godhead in the midst a mass of plaster streaks; elsewhere an arena materialising from a series of multi-coloured concentric rings created with a brush. The Picasso Museum basement is a somewhat unrewarding exhibition space, and the rooms of the Bibliotheque Nationale are a tad small but no matter: Barcelo makes his vitality burst forth in the great pictorial tradition.