He was no stranger to heartbreak. The painter Oskar Kokoschka (1886-1980), also known as “Kokoschka the madman”, embarked upon a tortured relationship between 1912 and 1914 with one of the mythical female figures of the early 20th century, the musician and serial lover Alma Mahler. Following the war, in a bid to contain his emotions, the artist employed an unusual method: he commissioned a dollmaker to create a life-size doll in the image of his ex-mistress. Although he was relatively disappointed with the result, he used to take it out to the opera and dress it up, conducting a relationship with it and hosting in its company. As Alma commented in her journal: “he had me at his disposal, according to his whims.” 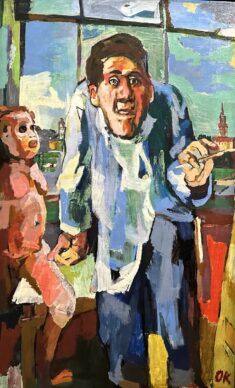 The Musée d’art moderne de Paris is staging a retrospective until 12 February featuring 75 paintings by the Austrian artist, two of which, dating from 1922, depict the famous doll episode. These are perhaps the works that best encapsulate Kokoschka’s spirit. They are considered to be some of the most disturbing in the exhibition by the co-curator, Fanny Schulmann. In each one the painter presents himself with a grotesque appearance, beside the doll, pointing to its genitals. 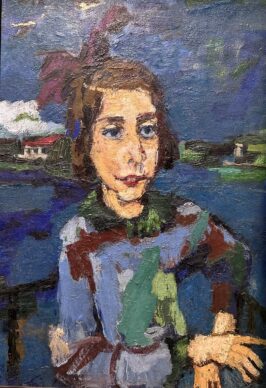 In doing so he also foreshadowed the contemporary obsession with immobile beings in contemporary art, from Cindy Sherman to Paul McCarthy, which make the human grimace. The features, as always in his work, are caricatural in order to “show the disturbing part of the being,” according to Fanny Schulmann. 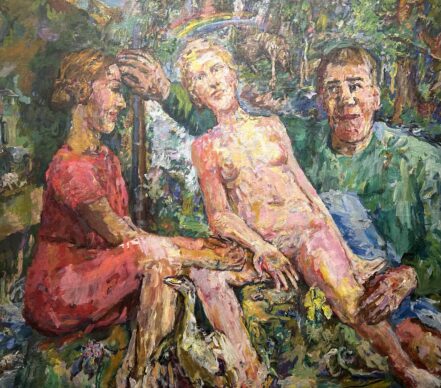 Kokoschka first came to prominence in Vienna as an expressionist who moved in Klimt’s circles and whose early, tormented silhouettes were reminiscent of those of his younger Austrian counterpart, Schiele. Kokoschka hasn’t been displayed much in France, lesser still his works produced just after the First World War, when he was often travelling, and his output was branded “degenerate” by the Nazis. 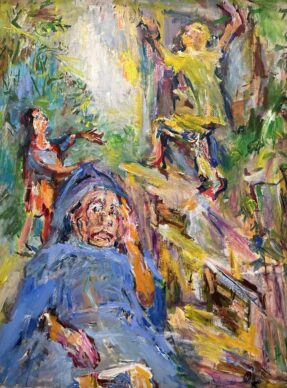 Up until that point his palette could have been likened to that of the Norwegian Munch or the German painter Nolde. From 1934 onwards with his arrival in Prague, and during the war, he would employ an impressionistic late kitsch style, filled with colours, as though to combat the catastrophic political situation in Europe. 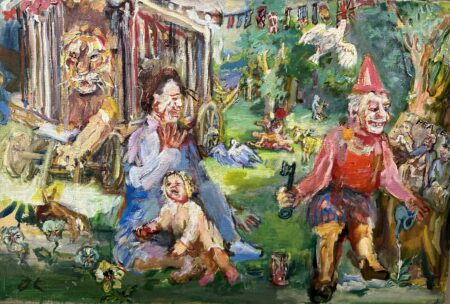 It evokes that of René Magritte from around the same time, during his “Renoir period”. The artist worked prolifically until the end of his life, when he was based in Switzerland. 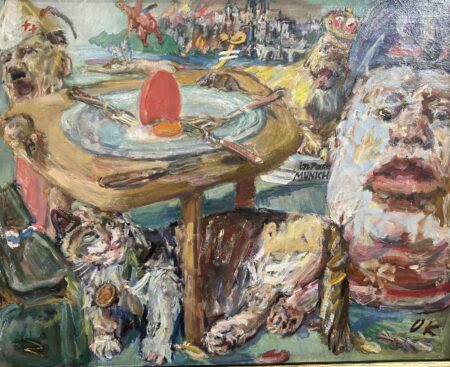 His final paintings, which were thickly textured with their subjects barely discernible, were reminiscent of a number of today’s artists who play with the depiction of the grotesque. He created works that call into question what is acceptable to our education, our eye and ultimately our good (or bad) taste. Kokoschka was a painter who remained resolutely free and ultimately uncategorizable, disconcerting in his expressivity which muddied the waters of distinction between good and bad painting.