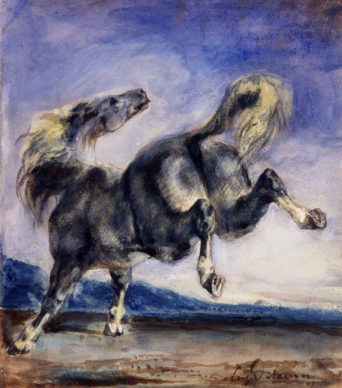 Louis-Antoine Prat is a drawing specialist who happens to be very French. Firstly because the Parisian taught the subject of French drawings at the École du Louvre for no less than 40 years. And secondly because  he decided to start collecting drawings in the 1970s. He harboured the unique and crazy desire  not to only acquire what he likes, but rather to compile an exhaustive representation of French art on paper made between 1580 and 1900. This is a project that is sprawling, not to mention utopian in scope. It’s as though he alone had all the duties of a national museum.

The result is a collection of 222 drawings, which ordinarily “line” the walls of his Parisian apartment, on show until 4 October at the Petit Palais in a slightly reduced format of 184 works.

Christophe Leribault, director of the Petit Palais museum, explains the appeal of a drawing collection. 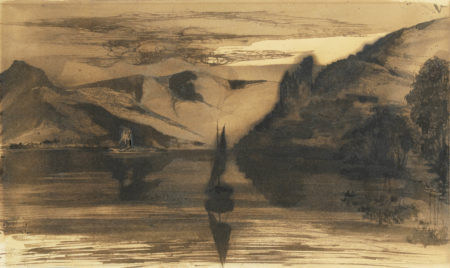 The display features drawings of varying levels and interests including certain gems that punctuate the history of art. As the exhibitions unfolds chronologically, we could mention the drawings by Poussin or Watteau, but where “Prat’s eye” excels is in the 19th century. 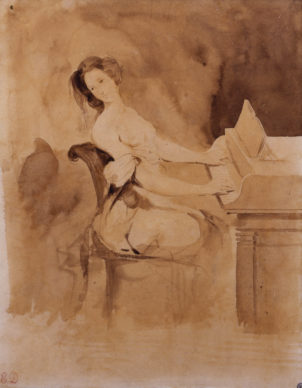 Along with 7 drawings by Ingres, for example, he has no less than 13 drawings by Eugène Delacroix including a mischievous little piece of paper depicting a young woman playing the piano, remarkably graceful with her long neck and curved shoulders, practising her scales, topless.

The brazen young lady literally emerges out of the brown ink, and Delacroix has managed to imbue her with a twisting motion. She turns her gaze from the keys, her face marked with an air of melancholy. 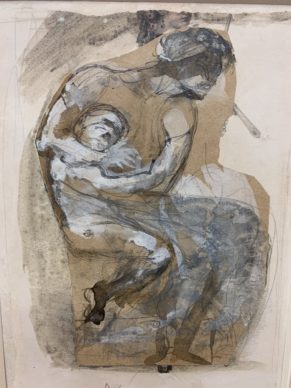 We can also see at the Petit Palais an extraordinary collage by Rodin, an assemblage of papers highlighted by shades of white and brown. The sculptor, a great experimenter, has overlaid a fashion plate with a piece of cut-out paper depicting the dramatic figure of Greek mythology, Medea. 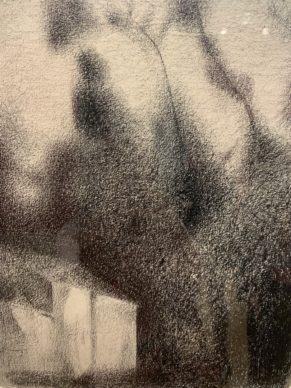 Amongst some of the masterpieces we recognize “The Haunted House” by post-impressionist painter Georges Seurat. This piece of paper covered in black crayon, which at first glance appears to be almost abstract, plays with the light and shadows with exceptional skill to create an air of menacing mystery. The huge trees with ghostly forms, which seem to be shaken by a storm, tower over a small isolated hut (the collector owns 3 drawings by Seurat). Signac described this part of Seurat’s output as “the most beautiful painter’s drawings in existence”.

Louis-Antoine Prat confesses in the catalogue that he has a passionate relationship with these works: “if I had to sell my collection tomorrow for financial reasons, I would feel as though I were committing suicide.” A romantic  sentiment in keeping with the spirit of his most beautiful drawings.