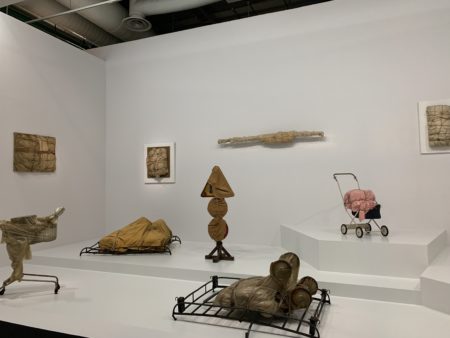 Thanks a to a hairdresser

There are many smaller stories within the larger sweep of history. Christo, the Bulgarian-born artist who died on 31 May 2020, famous for his gigantic wrapping works at the scale of Paris’s Pont Neuf in 1985 and the Berlin Reichstag ten years later, first came into existence thanks to a hairdresser. When Christo was a young artist, this hairdresser, René Bourgeois, introduced him to rich ladies whose portraits he painted to survive. 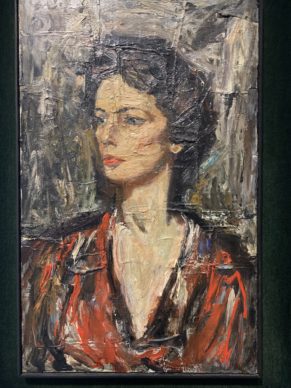 And it was within this context that he was introduced to Précida Guillebon who had a daughter named Jeanne Claude; a young upper class girl who would eventually become Christo’s wife, his accomplice, and the linchpin of his sprawling projects, whose name would end up appearing with his on their works. She died in 2009. 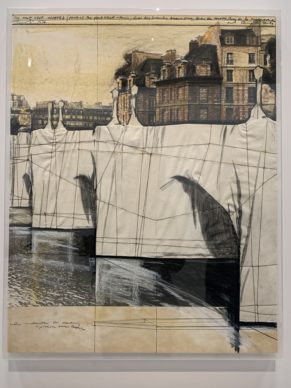 Between 1958 and 1964 Christo lived in Paris, before going to spend the rest of his life in New York. The Centre Pompidou’s exhibition focuses on this particular period, which would determine the rest of his creative output, followed by two large rooms homing in on the “making of” the project that remains etched in memory but which lasted only two weeks (like all of his monumental works): the wrapping of the Pont Neuf. 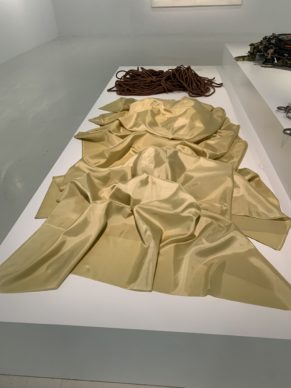 Golden fabric. Installation structures and above all countless preparatory drawings to prepare for the operation on a technical level, but also to finance it, by selling them as an artwork. In this way the artist established a system, he explained to me, that enabled him to be financially independent (Read here the report about his exhibition at the Fondation Maeght in 2016). 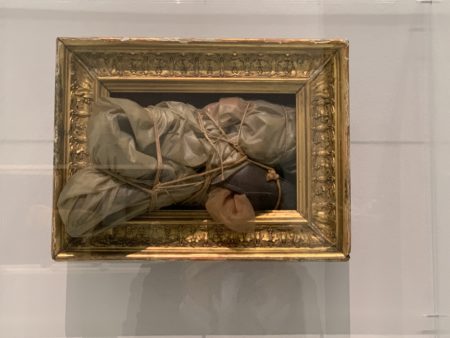 It was in 1958 that Christo, a young refugee from Eastern Europe who crossed the border hidden in the back of a truck, began wrapping objects. He was interested in their volume and he talks about this as a process of “mummifying”, a practice he performed unconsciously: “I don’t know why I wrapped things”. At the time it was interpreted as the actions of a nomad figuratively packing his bags. 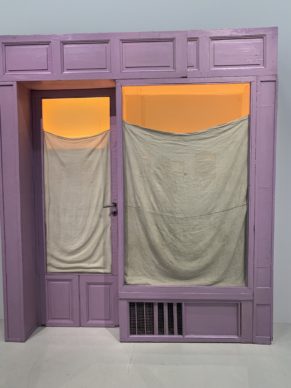 Any everyday object could be wrapped by Christo in preparation for some great symbolic journey. Concealing the contents was also a means of dematerializing things within a newly consumerist society. We could also evoke the Japanese art of wrapping, celebrated in the daily life of this culture.

But according to the curator of the exhibition Sophie Duplaix, Christo rejected any hint of a sexual interpretation of his use of ties, contrary to what Hans Bellmer did before him, or later Nobuyoshi Araki. 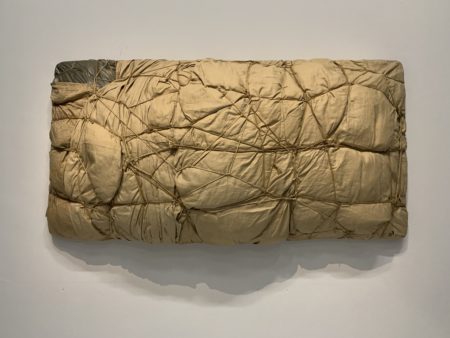 Around the same time, the artist who up until that point had been relatively unfamiliar with international art, opened himself up to the world. In this way he discovered the “Texturologies”, canvases consisting entirely of texture made by Dubuffet in 1959, or the paint splashes of Jackson Pollock’s drip technique, exhibited that same year in Paris. 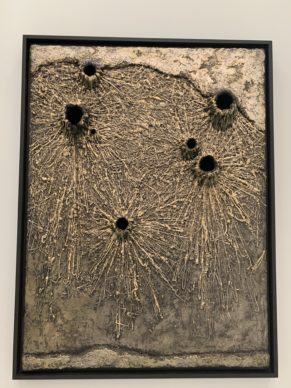 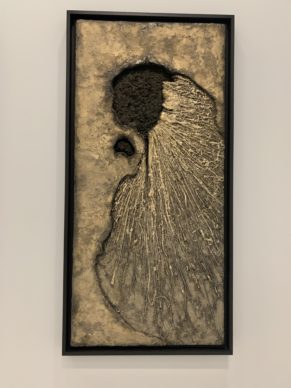 These new influences inspired the “Crater” paintings, which are the big surprise of the exhibition. They are very thickly painted black and white canvases scattered with a few bulges, reminiscent of fascinating views of space. 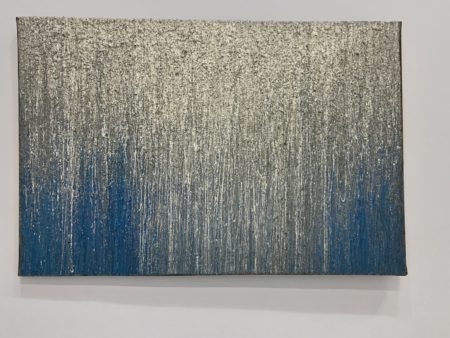 We can’t help but be reminded this time of the challenges of space exploration – the first orbital flight was launched in 1957 – which fascinated many others at the time too, from Yves Klein to Lucio Fontana.

Cathedral of an unknown religion

Christo went off to explore different directions, including the “Wall of Oil Barrels” which the influential art critic of the time Pierre Restany referred to as “cathedrals of an unknown religion”. This description also perfectly encapsulates the artist’s future monumental practice.

On 18 September 2021 he was due to wrap the Arc de Triomphe in Paris over a period of two weeks. The project, the ultimate ephemeral cathedral to the cult of Christo, had to be delayed owing to rare birds nesting on top of the Napoleonic edifice.