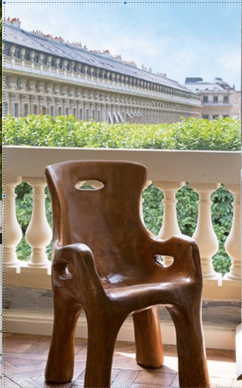 The view from Jacques Grange’s apartment 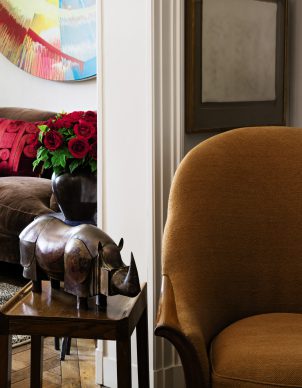 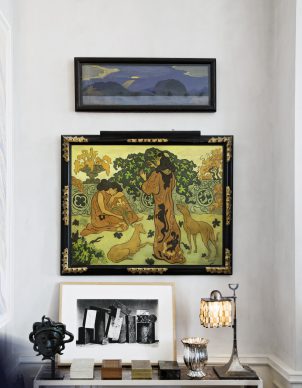 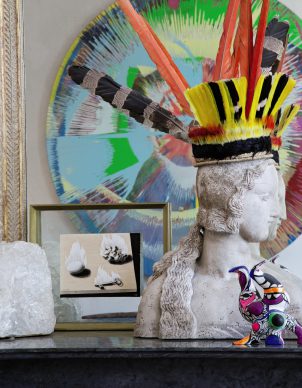 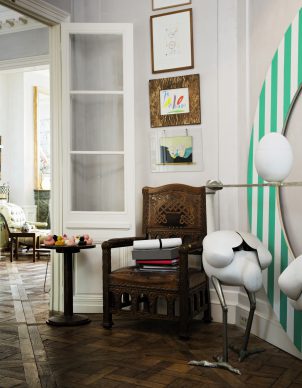 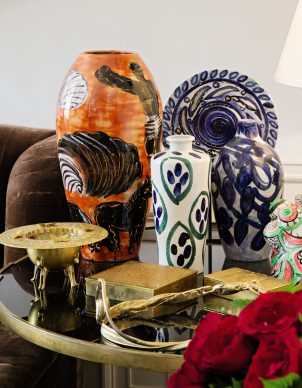 Jacques Grange is the french superstar of interior design.

He has worked for the joint heir to the cosmetics empire and prolific art collector Ronald Lauder, the businessman Leon Black who is just as famous in New York for his elitist taste in art (he is the owner of Munch’s famous “Scream”, among other works), the art collector and owner of Christie’s auction house François Pinault, but even most significantly – and this was the collaboration that made him famous – he worked for the couturier Yves Saint Laurent in both his Paris apartment and his fashion house, as well as his estates in Deauville, Marrakesh and Tangier.

On 21 and 22 November at Sotheby’s in Paris, Jacques Grange is offering 176 lots at auction estimated at 8 million euros, comprising part of his collection that was mainly housed in his exceptional Paris apartment, which once belonged to the writer Colette, at the Palais Royal.

He talks about his complicity and the crucial role Yves Saint Laurent played in his career.

But more generally, a quick perusal of the catalogue gives us an insight into who Jacques Grange really is.

He’s a man of intuition and great curiosity with a good judge of character, who is also an epicurean. In the words of film director Sofia Coppola – Grange also created designs for her and for her father, Francis Ford Coppola – “He has so much culture and taste with a sense of fun and pleasure.”

In recent years, the apartment Jacques Grange shares with antiques dealer Pierre Passebon, his partner, has been piled high with objects, souvenirs, curiosities and works of art.

Reason enough for this man of multifaceted curiosity to decide to spring clean his collection. “I want to make some space.”

Yet he confesses to having already made numerous recent purchases, including pieces by the French  abstract artist Aurelie Nemours and one of the members of Arte Povera movement,Pier Paolo Calzolari’s . He plans to keep “the gifts I have received and certain objects” such as pieces by Alberto Giacometti (whom he knew when he was 22 years old and working for the designer Henri Samuel) or other works by the architect Emilio Terry, one of the mythical figures of postwar  interior decoration.

Jacques Grange talks about the time he was taken to meet Diego Giacometti.

The general tone of the sale, as the designer himself explains, is one “composed of small artworks by big artists, but they are objects which often have a story of sentimental value behind them.

I have bought ceramics by fauvists such as Raoul Dufy and André Derain. I’ve been collecting David Hockney’s drawings for 30 years.”

The catalogue features six drawings by the British art star, who has recently been the subject of an exhibition at the Centre Pompidou. They are estimated between 20 000 and 80 000 euros.

But Jacques Grange also has a 1937 canvas by a surrealist who has been a little neglected by the market, Victor Brauner (1903-1966), which once belonged to the movement’s theoretician André Breton (estimation: 150 000 euros).

In 1920 Picasso gave a cubist gouache collage as a gift to one of his famous patrons, Eugenia Errazuriz. Jacques Grange acquired the piece in 2004 and it is estimated today at 200 000 euros.

The undisputed stars of the decorative art world in the catalogue are François-Xavier Lalanne (1927-2008) and his wife Claude (born in 1925), both of whom Jacques Grange had introduced very early on to the legendary collector Marie-Laure de Noailles.

The most expensive lot in the sale is a bar by  François-Xavier Lalanne from the 1970s composed of two porcelain ostriches standing 1.2 metres high, holding an ice bucket.

Today this animal-inspired artwork, of which there are five others in existence, one of them in the collection of the Palais de l’Elysée, is estimated at 700 000 euros.

The sale has a whole bestiary of works by Lalanne, from two stone sheep to a desk in the shape of a donkey, along with a bird armchair.

Since the collections of Pierre Bergé and Yves Saint Laurent were auctioned in 2009, the market for pieces by Lalanne has climbed considerably in value.

Cécile Verdier, an expert at Sotheby’s, observes the phenomenon:

“in less than a decade the prices have multiplied sixfold. Another famous designer, Peter Marino, has been strongly promoting Lalanne on the other side of the Atlantic, and the market is very well organized, supported on the dealer side by Ben Brown in London, Paul Kasmin in New York and Jean-Gabriel Mitterrand in Paris. These animal-themed creations, which lie somewhere between art and decorative art, are easily and universally accessible.”

François Xavier Lalanne’s record price was obtained for a herd of stone sheep sold at auction in 2011 for 5.7 million euros.

In Grange’s apartment at the Palais Royal, the ostriches were positioned in front of a circular painting with green stripes by Daniel Buren from 1991 (estimation: around 100 000 euros).

The bold yet interesting juxtaposition of the hyperrealist Lalanne and the hyper-conceptual Buren has long been emblematic of Grange’s taste.

The two artworks have even graced the cover of the book dedicated to his career.

The view from Jacques Grange’s apartment 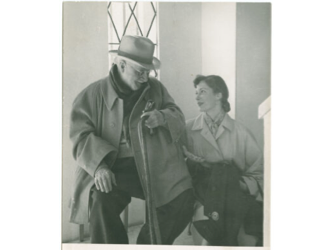