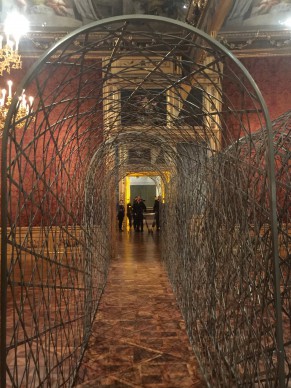 There are a few of this type in the world, very few, who devote part of their obviously substantial assets to contemporary art. Women of a rather warrior type who are independent and, above all, motivated by a precise vision. In France, Maja Hoffman comes to mind: The Swiss-born joint heir to the Roche laboratories fortune spent her youth in Arles and has a colossal project in the capital of the Camargue in her sights, a foundation called Luma, whose architect is Frank Gehry. In Austria, another woman is at work in contemporary art: Francesca von Habsburg. The name sounds familiar? That’s normal: She’s the spouse of the heir to the Austro-Hungarian throne. She has a remarkable maiden name herself, for her father is the famous Hans Thyssen Bornemisza, who made a mark not only with his elevator empire, among others, but also with his collection, exhibited in the eponymous Thyssen-Bornemisza Museum in Madrid.

Francesca talks a lot about her father and his avant-garde spirit. She says, in perfect French: “What fascinates me are commissions, making unsellable projects, completely outside of the art market.” She owns a place in the suburbs of Vienna, remodeled by British architect David Adjaye and called TBA 21 after her foundation, in which she exhibits her delirious commissions—Ernesto Neto’s right now or, previously, Carsten Holler’s, illustrated in an amusing short film.

She began being a “professional collector” in 2006 and today, the Belvedere museum in Vienna—which now also owns Prince Eugene of Savoy’s Summer Palace at the center of town—has offered to show her collection. Her response has been to exhibit, from her collection, the work of only one artist, Olafur Eliasson from Denmark, in collaboration with the Argentinian collection of Juan and Patricia Vergez. The juxtaposition of the artist’s spectacular pieces, which traffic in illusion, with the early 18th-century palace is an absolute success. The title of the exhibition is “Baroque Baroque.” The Baroque? The idea of abundance intertwined with the parallelism of shapes found in the place’s decor and architecture. Eliasson responds to this perfectly. First, with a 64-meter-long (nearly 210-foot-long) mirror that runs through an entire wing of the palace and creates a feeling of doubled volumes and lost reference points, to which the shapes the artist has created—polyhedrons, a giant hoop, a lamp that keeps light inside, a series of kaleidoscopes—respond. Olafur Eliasson uses space as raw material. Le Nôtre did the same thing in the gardens at Versailles. He would be the perfect guest in Louis XIV’s country. In fact, rumor has it that Prince Eugene was Louis XIV’s son… When the 18th and the 21st centuries could meet.

Finally, the beautiful, red-haired Francesca should be in Paris in early December on the occasion of the COP 21 conference, because she now steering all her projects toward deadly questions of climate. When I ask her whether she is sacrificing questions of aesthetics on the altar of politics, her answer is clear: “Artists are geniuses. Filled with double-entendres and poetry, their discourse touches the public more intimately that any political discourse.” To be continued. 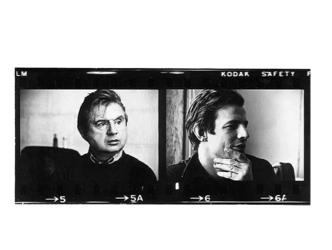