The death of 3 generation 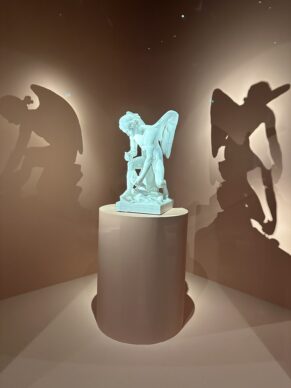 It is a very French exploration in that it is the stuff of legends: the childhood of a king. It’s hard to imagine what it must have been like during the early years of the life of Louis XV (1710-1774), the great grandson of Louis XIV, who owed his reign to the death of three generations of heirs to the crown before him. History, in a broader sense, refers to it as an “enfance de cimetière” (“graveyard childhood”). 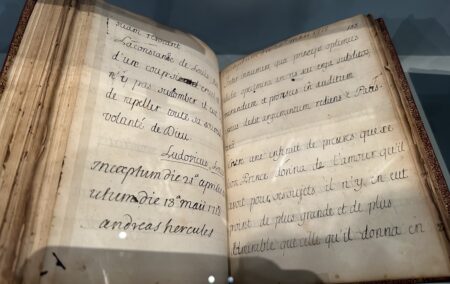 So begins the spectacular exhibition dedicated to him at the chateau-museum of Versailles, featuring 400 objects. Louis XV was born there and died there. Until 19 February the chateau seeks to explore who was the real Louis XV, the monarch who reigned for 59 years and would oversee the emergence of a period of artistic apotheosis. The exhibition could have been called “The almost private Louis XV” since it is so difficult to discern his personal life from amongst all the historical facts and legends. What we do know, however, is that his childhood was spent under the protection of women including Madame de Ventadour, governess to the children of France, who saved him from death when doctors wanted to administer a bloodletting, and Madame de Maintenon who absolutely forbade anyone from reprimanding him so that the future king would not become accustomed to obedience. 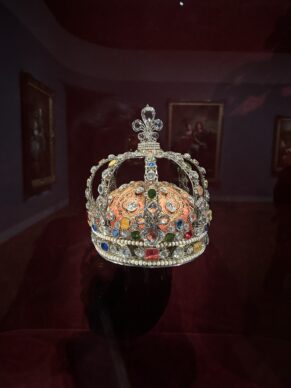 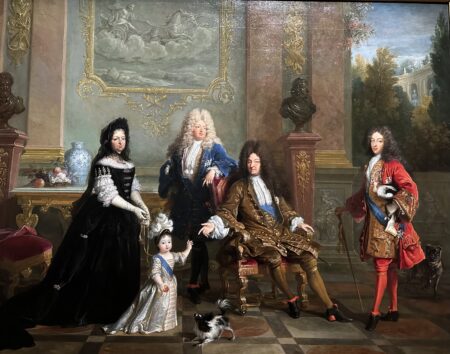 A painting from 1715 by Nicolas de Largillière from his atelier depicts him still wearing a dress (which was customary until the age of 7). The Bibliothèque Nationale has loaned the mini monarch’s exercise books. At his coronation in 1722 he complained about the weight of Charlemagne’s crown. So they crafted a lighter one for him, naturally, which is now owned by the Louvre. While his marriage was arranged, as was customary at the time, Louis XV seems to have been perfectly happy with the daughter of the King of Poland, Marie Leszczynska (1706-1768). 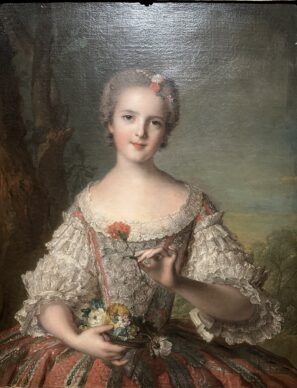 A delicate portrait by Jean-Marie Nattier (1685-1766) depicts her in 1748, graceful and smiling, dressed for the town. She is accompanied by portraits of their ten children. The continuation of the royal bloodline was assured. However, the doctor formally advised against the intimacy of the royal couple. 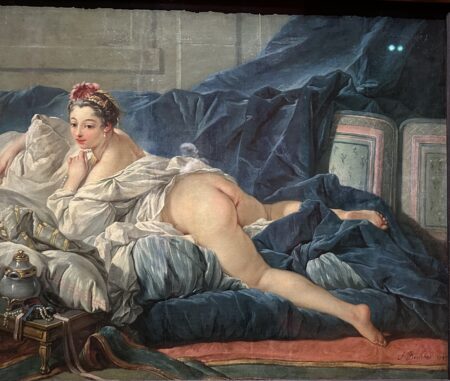 This is perhaps what instated the legend of a France that legitimized “philandering”. Because from then on there was a succession of female favourites around the monarch, and they were handsomely rewarded. At the top of the podium there was the very astute and erudite Madame de Pompadour, who even succeeded in turning their love into friendship. 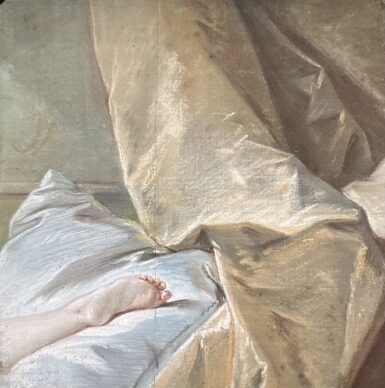 “She was the only one who knew how to amuse the king,” explains the curator Yves Carlier. 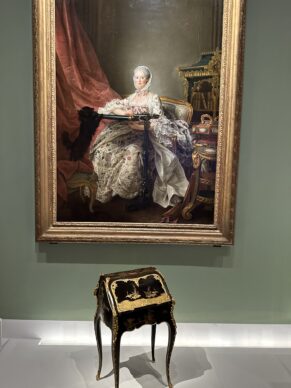 The apartments of the final favourite of Louis XV, Madame du Barry, are now accessible for guided visits. Yves Carlier walks us through them. 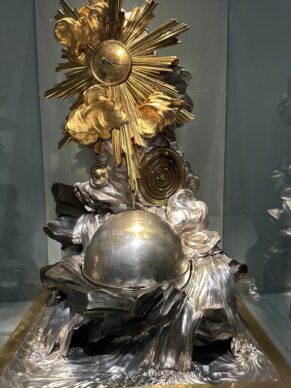 Pendulum of the creation of the world

The exhibition itself has a wealth of fabulous objects with two pendulum timepieces, one an astronomical clock, a scientific miracle, and the other said to depict the “creation of the world” in which the lavish bronze ornaments are treated like Chantilly cream, but also features a machine that generates electricity because the king was passionate about science, along with an avalanche of rocaille-style objects with virtuosic sculpting. 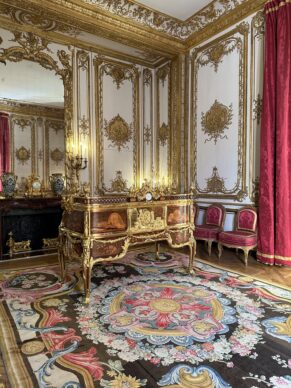 A section on religion shows Louis XV as a pleasure-seeker yet repentant. This is also perhaps why he would be the last French king to be known as “le bien aimé”. The Revolution did not abolish the fascination with kings. 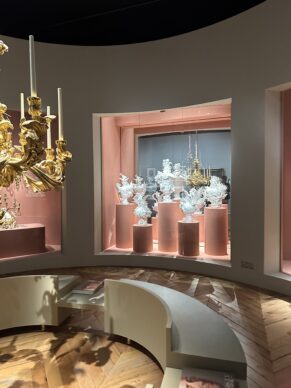 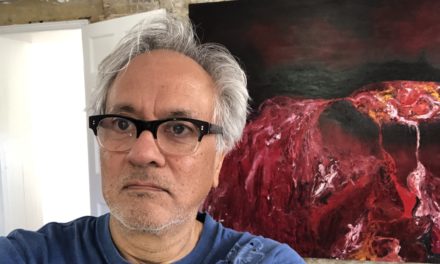 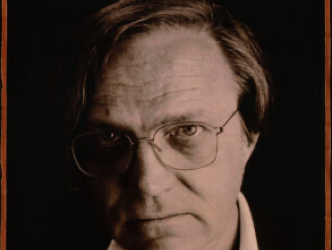