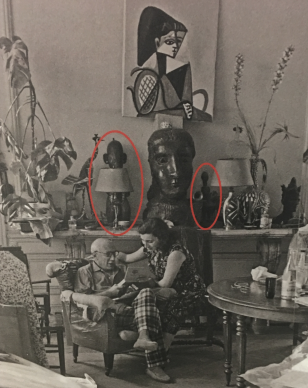 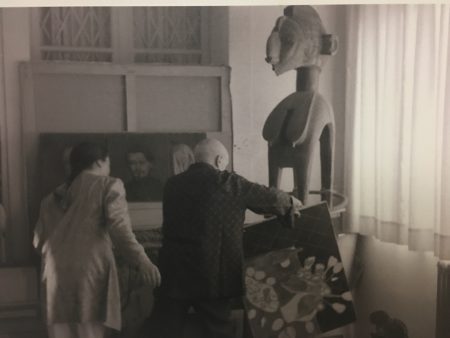 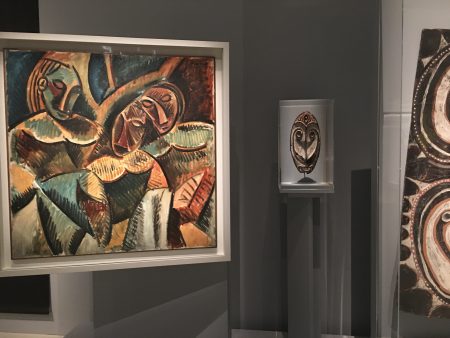 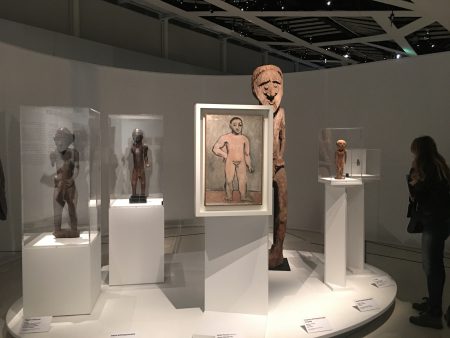 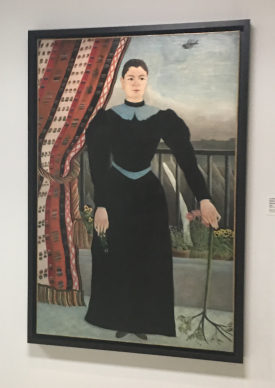 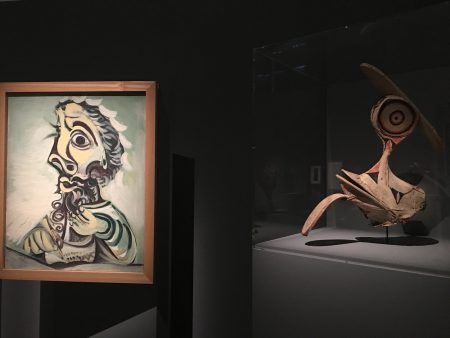 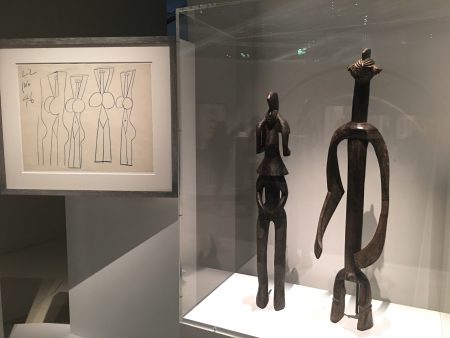 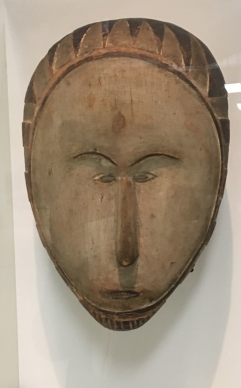 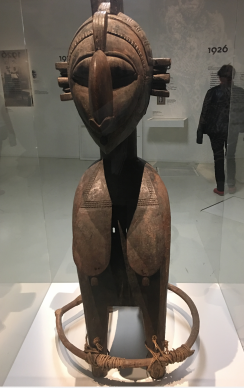 ‘ Primitive Picasso’  at the Musée du Quai Branly is pieced together like a police investigation and questions commonly held assumptions about the greatest painter of the 20th century,Pablo Picasso (1881-1973).

Or in other words how his discovery of so-called primitive art led the Spanish artist to created not only an aesthetic universe but a spiritual universe too.

There are ritual works from Africa and also Oceania (the latter was obviously not the exclusive purview of Andre Breton and the Surrealists) as well as a hieratic and equally ‘primitive’ 12th century Virgin spotted in Gosol, Catalonia.
I’ve often asked myself why Picasso was fascinated by ‘Portrait of a Woman’, a Henri Rousseau (Le douanier Rousseau) work he acquired in 1907 and kept until his death.

But on seeing the Gosol virgin, the penny drops: the two female characters have the same expression, that same fixed look of a soul already somewhere else.

At the Musée du Quai Branly exhibition they’re in touching distance from each other.

It’s Yves Le Fur, the director of the museum’s collections, who has orchestrated this show in two parts.

The first part takes photographs and sculptures to demonstrate of the importance of this art to Picasso.

The second part of the exhibition, more aesthetic, consists of fascinating formal comparisons between his paintings and sculptures and the collections of the Musée du Quai Branly.

With the Kanak, Papuan and Dogon statues, the figures are reduced to a few lines, like in Picasso.

He looked and learned to play with simple bodies.

In total, more than 300 works are on display, a third of them by Picasso.

Yves Le Fur explains the idea behind the exhibition:

Picasso discovered a Fang mask that the painter André Derain had bought and a statuette from the Congo with porcelain eyes purchased by Matisse.

In Paris, Picasso visited the Ethnography Museum, a large multicultural bazaar filled with dusty fetishes. ‘I felt forced to examine those masks, all those objects that men had examined in a sacred capacity.’

And still in 1907 when he completed ‘Les demoiselles d’Avignon’, the founding moment of cubism, which propelled him to the forefront of the avant-garde, it’s not by chance that he begins to amass what was at the time known as ‘negro art’. He learned from distant ancestors.
For the length of his life, as he moved from one atelier to the next, and one woman to the next, he remained, at least, faithful to a 72cm wooden Tiki from the Marquesas Islands.

Yves Le Fur talks about his ‘magical relationship’ to these divinities. One of Picasso’s daughters even suggests that the artist was scared of the Tiki.
Françoise Gilot (Pablo’s partner in the ’40s and ’50s) employs the same word mentioned by Picasso who discovered the real role of art through his primitive predecessors: ‘a form of magic that stands between the hostile universe and ourselves. The day I understood that, I knew that I had found my path.’

Until 23 July. www.quaibranly.fr
At the same time, until 3 September, the Picasso Museum in Paris is holding an exhibition about Olga, the Russian dancer and first wife of Picasso. The exhibition is prompted by the discovery and exploitation of a collection of important documents about Olga by the Fundación Almine y Bernard Ruiz-Picasso. Bernard, the exhibition’s co-curator and grandson, talks about his discoveries: