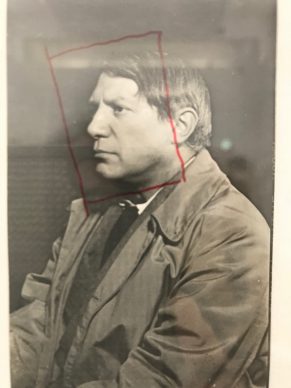 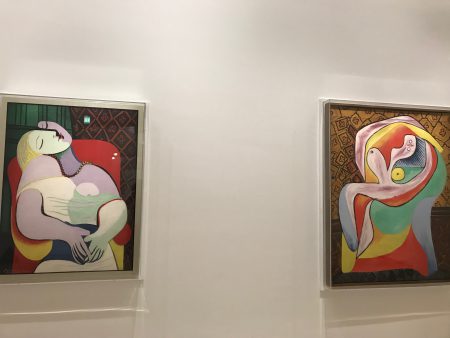 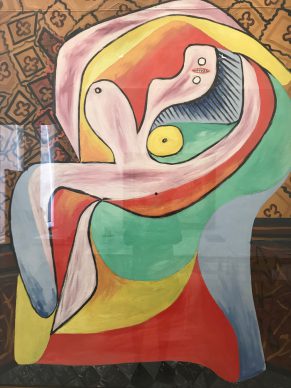 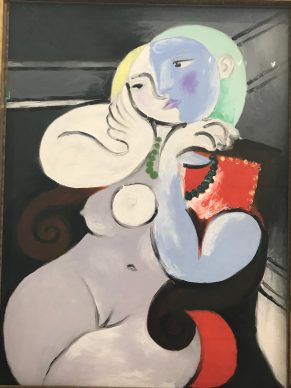 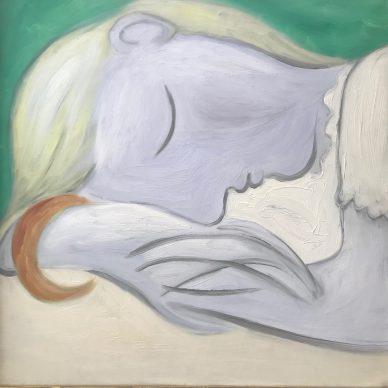 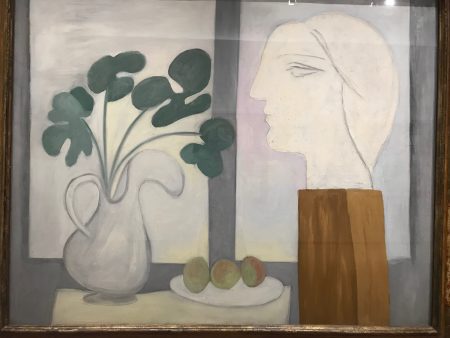 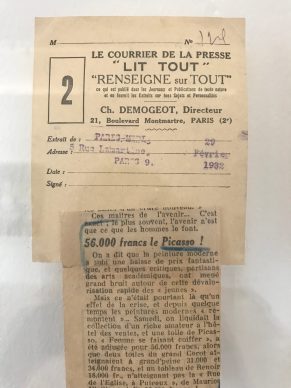 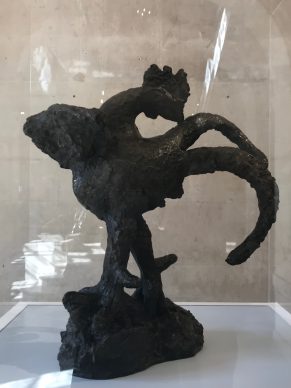 Anyone familiar with the art market will still recall with shock that day in 2007, when a media-friendly collector from Las Vegas named Steve Wynn proudly unveiled one of his treasures, a voluptuous canvas by Picasso from 1932 entitled “The Dream“, only to hit his elbow against the artwork, causing a tear in the canvas.

But since America is the land of happy endings, once the painting had been restored – now famous on several counts – it was sold privately in 2013 to the New York collector and hedge-fund manager Steven Cohen for an alleged 155 million dollars.

“The Dream” can be seen until 11 February on the picture rails of the Picasso Museum in Paris, which is dedicating an extraordinary exhibition divided into 365 days of the artistic output of the master of Malaga. In 1932, Picasso produced 111 paintings. 130 artworks are being exhibited in Paris for the occasion, comprising paintings, sculptures, and drawings made during that year.

Similarly, it was in 1932 that Picasso published the first part of his catalogue raisonné.

He was also the subject of his first retrospective at the Georges Petit Gallery in Paris, followed by the Kunsthaus in Zurich.

But above all, he was mad with lust for the young woman whom he approached in 1927 leaving the Galeries Lafayette: the pale and whimsical blonde Marie-Thérèse Walter, then 17 years old.

“The Dream” embodies the best of 1932: a surrealist influence, the forms all composed of curves no doubt inspired by the sensuality of Ingres’ odalisques, the coded colours (Marie-Thérèse is painted in mauve with yellow for her hair).

Her face is seen from the front and in profile. And finally, towards the top of her face, the obsessed Pablo depicts an enormous phallus.

Is this the object of his heroine’s dream, or indeed the fantasies of the 51-year-old lover?

A precise explanation from Laurence Madeline, co-curator of the exhibition, on the subject of Picasso and eroticism:

Laurence Madeline believes Picasso used eroticism as a driver for creativity, to allow for a period of intense production ahead of his retrospective. “Incidentally, by mid-April once the preparations were over, the distinct sexual tension in the canvases dies down again.”

Laurence Madeline looks at the painting in detail:

At the beginning of the exhibition you could easily forget that the painter is married to Olga, the former ballerina with the Ballets Russes; a woman who knows how to handle people, and procure through her social ease the status as master of her bohemian husband.

He spends holidays and weekends with his legitimate spouse, and some of the female portraits with hair stood on end and gaping mouths might make us think of the hysteria of the betrayed wife.

The exhibition is accompanied by an assortment of documents revealing the preoccupations of the artist, such as an article on the sale to Drouot auction house of one of the canvases for 52 000 francs.

On 6 December, 1932, Picasso sends a telegram to the head of the Kunsthaus in Zurich: “Send me cheque. Paris. Picasso.”

It could be the last words of the exhibition and  it turns out that geniuses can like money, too.

In London the exhibition at Tate Modern will be called “Picasso 1932, Love, fame, tragedy”. 8 march-9 september 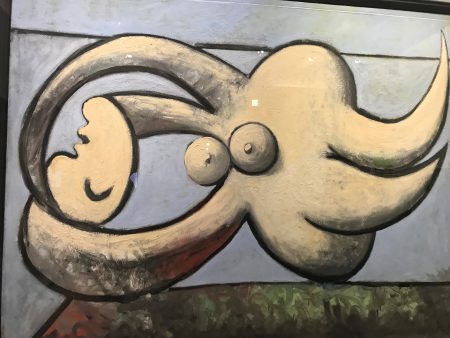 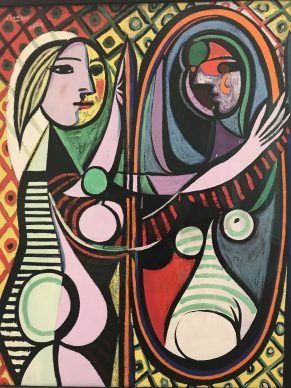 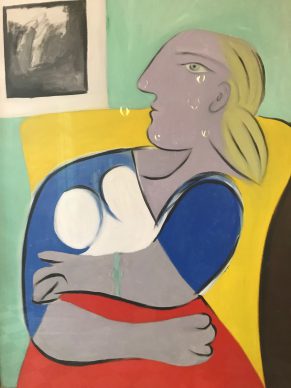