Robert de Balkany: The auction of the man who wanted to live like a king 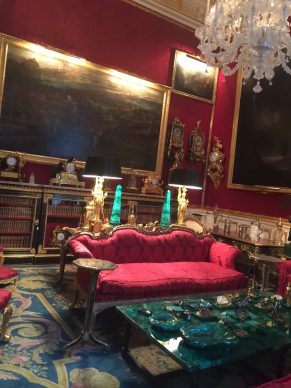 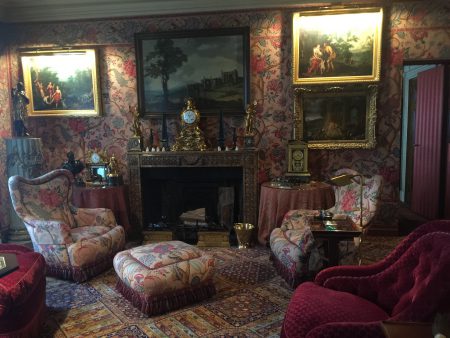 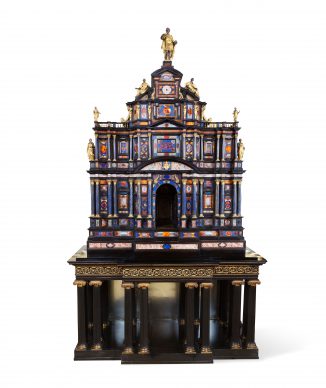 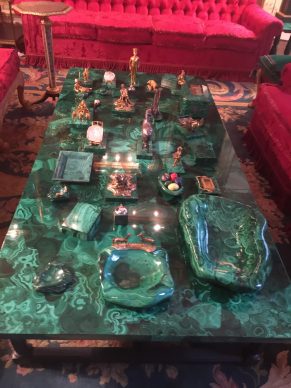 Auction houses love to make us dream by creating stories about the objects on sale and the personalities who owned them.

You might say it has become their core marketing strategy.

The forthcoming auction of the contents of Robert de Balkany’s private hotel particulier on 20, 28 and 29 September from Sotheby’s Paris in association with the Marseille-based Leclere brings us a superlative-filled tale of an individual who was exceptional in every sense of the word. The sale is estimated to fetch over 13 million euros.

A French businessman of Romanian origins, Robert Zellinger initially made his fortune through major property developments including Parly II, which was the blueprint for American-inspired shopping centres in France.

His passion lay in the grand, the grandiose, the royal, and even the imperial.

In the business world, he  would give rise to yet another spectacular development in the property sector, a whopping bill for a billion old French francs in back taxes.

In his private life, this seducteur known for speaking his mind in his second marriage in 1969 wed Princess Marie Gabrielle de Savoie, daughter of Italy’s last king.

Sources close to him identify this as the point when Robert Zellinger insisted on being addressed as a baron, adding “de Balkany” to his surname.

A visit to his private hotel particulier at 62 rue de Varenne makes one fact abundantly clear: he was not so much a collector as a collector of decorative pieces.

He showed a desire to create truly exceptional spaces and everything he acquired was within this remit.

He sought effects, the shock of red and green with gold and precious stones, grounded in his personal obsessions with royalty and former glories.

Even if he worked with interior decorators including Henri Samuel and Jacques Garcia, he was the true director of his interiors.

Christie’s has just announced that next March it will be auctioning the contents of his palaces Chateau Balsan in Eze on the Cote d’Azur and Palazzo Lancelloti in Rome estimated for £6.5 millions.

The paintings on sale in the Balkany collection, as Sotheby’s expert Pierre Etienne points out, all obey “the principle of the spectacular.”

He adds, “The painting attributed to Tintoretto is a sort of 16th century Cecil B. de Mille.” “The Battle of Lepanto”, 3.2 metres in width, depicts a tangled mass of masts on a sea tightly packed with coloured boats. Estimate: 300,000 euros.

In 2010 he acquired a portrait of the countess of Carnarvon by the illustrious 17th century Antwerp painter, Van Dyck, for 2.4 million euros. The lady, more alluring for the signature than for her looks, is now estimated at a reasonable 800,000 euros.

As for the furniture being auctioned, the most impressive item resembles a work of architecture. This cabinet of pietra dura, ebony, gilt-bronze and silver, which was made in Rome in around 1620, additionally benefits from dual nobility. Not only did it belong to Pope Paul V Borghese but it also ended up in the possession of the king of England George IV. It is estimated to fetch in the region of 2 million euros.
Robert de Balkany made several valuable acquisitions from Paris antiques dealer Aveline including a commode from the late Louis XVI period stamped Molitor featuring mahogany veneer and gilt-bronze, estimated at 300,000 euros.
As Gérard Pons-Seguin, his friend and polo partner – Balkany was a keen player – explains, “Robert often talked about his 265 clocks. It was no doubt a reflection of his obsession with time. Robert lived in a century that was not his own.”

A hundred of his clocks are being auctioned by Sotheby’s. The most highly prized, made of ebony with tortoiseshell marquetry and bronze, is by Boulle and has a 300,000-euro estimate.
But the Balkany auction comes at a time when there is great uncertainty in the area of antique French furniture following a scandal in fakes that came to light in June. “Buyers have been very cautious for several years now. We will watch how it evolves,” observes a circumspect Brice Foisil, the Sotheby’s furniture specialist.