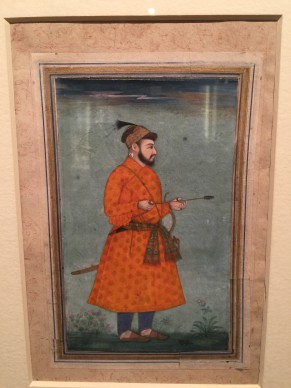 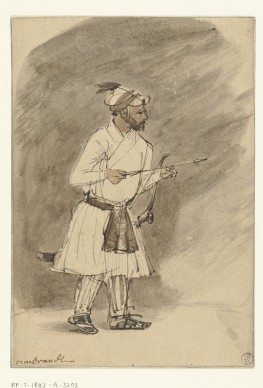 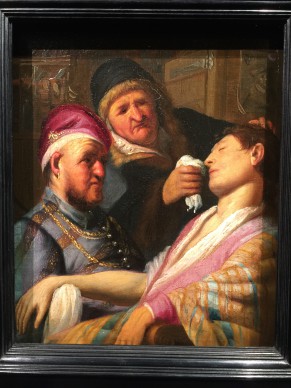 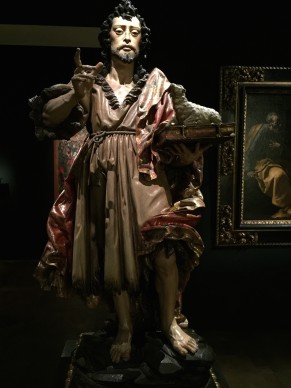 270 galleries, from antiques to contemporary art, land in the Dutch city for nine days

It is by no means the most expensive work on show at the 2016 edition of Tefaf Maastricht but it’s one of the most affecting. The Parisian gallery Kevorkian, which specializes in oriental art, is exhibiting an Indian Mughal miniature from the  second part of the 17thcentury in gouache and gold on paper. Depicting an archer in profile within a blossoming landscape, it’s a delicate little work from the period of Muslim expansion in India. But the extraordinary part of the story is that a very short while after it was made, namely around 1650, it almost certainly passed into the hands of one of the true greats of art history, the painter Rembrandt, who was equally a fervent collector. Moreover, the Rijkmuseum in Amsterdam has a drawing by the Dutch master in which he copied the miniature. The Indian artwork was snapped up before the fair opened by the renowned Getty Museum in Los Angeles for several tens of thousands of euros. Yet it remains on display on the Kevorkian stand as Tefaf in Maastricht is what its new CEO Patrick Van Maris calls ‘The Davos of art’.

‘People obviously come here to buy and sell but also to see art, meet the curators, the specialists, the collectors, and to swap stories,’ underlines the Tefaf boss who this coming October will be launching an offshoot of the fair in New York.

In a similar spirit, another French gallery Talabardon & Gautier is showing a Rembrandt completed when the artist was about 18 years old. The backstory is the stuff of dreams: the dealers spotted it at an auction in New Jersey, where it was estimated at $500, clearly without its rightful attribution in the catalogue. They bought it for $870,000, restored it and the original composition was brought back to life. Even if Rembrandt had not yet developed the mature style that we know him for, he shows clear signs of an undeniable talent. The small painting has already been sold for an undisclosed sum (possibly in excess of 2 million euros) to the New York businessman Thomas Kaplan, who owns other works in the same series, illustrations of the five senses.

At Tefaf there are many small stories from the great narrative arc of art history. Maurizio Canesso is also exhibiting a rediscovery – a portrait of a gentleman accompanied by a small dog from the Venetian painter Bassano (circa. 1510-1592), a work not identified until it was purchased at auction in Vienna, and now on sale for 650,000 euros. In France Bassano is best known as the foremost dog portraitist, indeed there is a famous example of the genre on display in the Louvre.

In terms of old masters, the most impressive stand at the fair is the one from Colnaghi, a gallery run in London by the German dealer Konrad Bernheimer and now partner of the Spanish antiques dealership Coll & Cortés. Here you’ll find a large wooden sculpture of St. John the Baptist completed in hyper-realist polychrome by the Baroque master Juan de Mesa at the beginning of the 17th century. It is in Maastricht on temporary admission as the work is not permitted to leave Spanish territory (on sale for around 4 million euros). Not far from this work whose virtuosity leaves you breathless, Colnaghi displays a painting by Zurbaran and another by El Greco and his studio, among others.

In the modern section Dickinson, the specialist in private sales, provides an equally impressive line-up, from a low-angle portrait in a neo-classical style by Picasso of Cécile Eluard (the daughter of Paul Eluard and Gala, the future wife of Dali) in coloured pencil drawing from 1936 (on sale for 3.2 million euros),

as well as a remarkable “The Woman and the Eiffel Tower”, a cubist canvas 3 metres tall completed by Robert Delaunay in 1925 (on sale for 4.5 million euros).

The Tornabuoni Gallery, based in London, Paris and Milan and which has established itself in the space of just a few years as the specialist for post-war Italian abstract art offers prominent names from its field, from Lucio Fontana (1899-1968) to his less well-known protégé Paulo Scheggi who died prematurely (1940-1971). A white curved panel from 1968, a genuine conceptual environment by Scheggi which is scattered with holes at regular intervals, is offered at 2.7 million euros. According to the gallery director Michele Casamonti ‘in 10 years the artist’s prices have multiplied by 10.’ Italian ‘classic contemporary’ art is the object of overheated prices.

When we suggest to Patrick Van Maris that at the time of the fair’s opening the world economic climate is depressed, he replies: ‘Let’s not call it a crisis. The art market has simply slowed down a little. The context of Tefaf, with its exceptional works, allows a change of mood.’ And in some cases, provided you have the means, to make what might be termed sound investments, classic and secure.

And as a bonus on Pearl Lam gallery booth from Hong Kong the poetic conceptual lacquer work of Su Xiaobai. A bridge between East and West 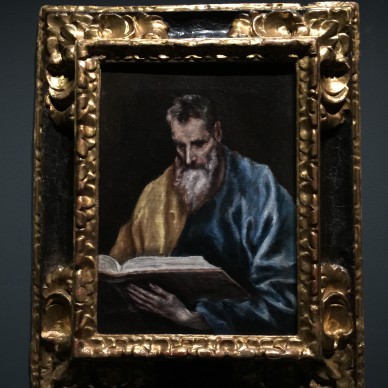 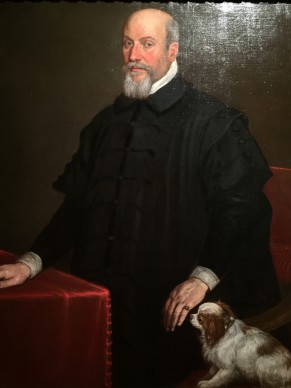 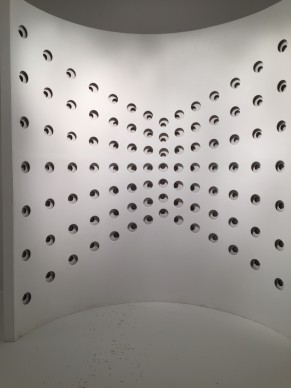