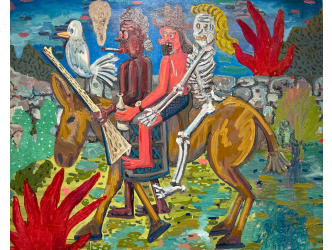 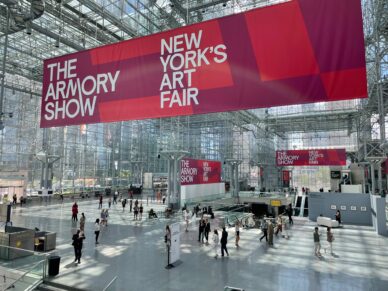 Since the Covid crisis New York has lost some of its glamour. There are higher rates of urban violence. Scores of professionals are fleeing the city… The ultra-dynamic metropolis continues, nonetheless, to be the leading city in the world in terms of the art market.

Next November at Christie’s

This is due to the high concentration of particularly wealthy collectors with a competitive spirit but also to the extraordinary auctions, such as the Macklowe collection last November at Sotheby’s (see the report here) or the highly anticipated sale at Christie’s in November 2022 of the collection belonging to Paul Allen, founder of Microsoft, which looks like it might exceed a billion dollars.

It is also thanks to an especially dense network of galleries which, in some cases, benefit from spectacular spaces. We even notice this season the opening of new places such as Luxembourg & Co, with a remarkable exhibition of paintings from 1924 to 36 by the Spanish painter Joan Miro (the canvases are on sale from 5 million and go up to 20 million dollars).

Likewise Spruth Magers (in Berlin, London, Los Angeles) is opening with an exhibition of 75 studies for works by the major Californian artist John Baldessari (1931-2020).

Mathieu Templon, the son of the famous French gallerist Daniel Templon, is setting out to “conquer” America in the Chelsea neighbourhood with an exhibition of the Senegalese artist Omar Ba (born in 1977) who is virtuosic in his depiction of the effects of texture (on sale for between 70,000 and 200,000 euros). The artist will be the subject of an exhibition at the Baltimore Museum in November 2022. 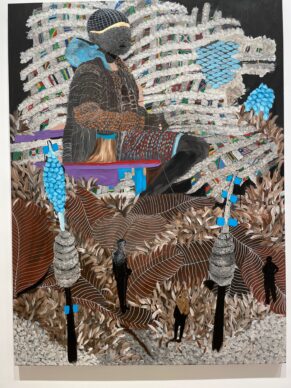 From 9 to 11 September the large-scale New York contemporary art fair, the Armory Show, will also be punctuating the market of the megacity. Since 2021 it has been held in September instead of March, in a new luminous and spacious site, the Javits Center.

“New York is much more hospitable in September than during the blizzard in March,” explains the director of the show Nicole Berry. “It’s also the time of the US Open in tennis, Fashion Week, and shows are starting up again on Broadway. Exhibitions are opening in museums, like Wolfgang Tillmans at Moma this week.” As for the problems post Covid she seems very optimistic: “New York has already faced challenged like this, for example after 9/11. But I sense that people want to come back.”

At the Armory, 240 galleries set the tone of the contemporary art trends with an interesting international outlook. The first thing that is striking is the ubiquity of a very colourful form of figurative painting, which is not always innovative. But among the talents we notice at the booth of the Silverlens gallery from Manila, which has also just opened a branch in New York, the work of Filipino painter Pow Martinez (born in 1983). . He creates genre scenes from contemporary society in a deliberately grotesque style, such as “Tour Guide”, which depicts white tourists visiting an Indian reservation (on sale for 16,000 dollars). Pow Martinez was the subject of an exhibition in 2019 at the Palais de Tokyo in Paris. Silverlens is the first gallery from South East Asia to base itself in the United States. (See here an other interview of the director of Silverlens Isa Lorenzo during Art Basel Hong Kong.) 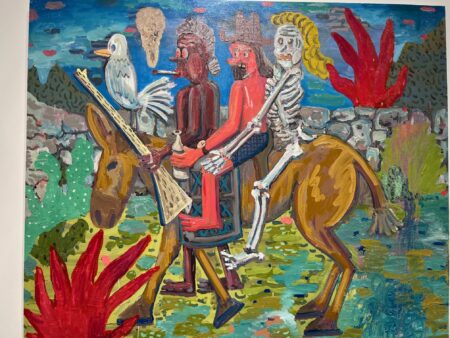 At Victoria Miro from London, the director Glenn Scott Wright insists: “our best clients are in New York.” This is one of the rare galleries at the fair to present works in the millions of dollars. As well as a painting from 2014 by the Japanese Pop artist Yayoi Kusama (born in 1929) depicting white dots on a blue background, one of her famous “Infinity Nets” on sale for 3.25 million dollars, Victoria Miro is exhibiting an interesting canvas from 1959 by the American painter Milton Avery (1885-1965). With a very contemplative appearance, it depicts beige sail boats on a beige sea (on sale for 3.8 million dollars). He painted it while he was staying by the sea in the company of abstract artists such as Rothko. Avery is the subject of a retrospective until 16 October at the Royal Academy in London. (See here an interview of Glenn Scott Wright about Yayoi Kusama). 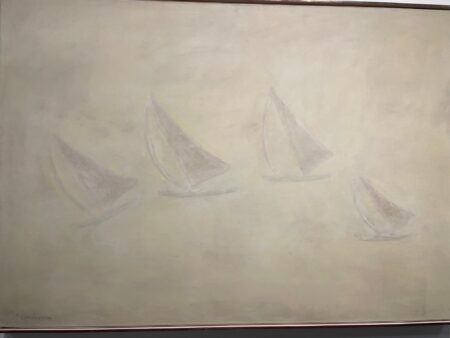 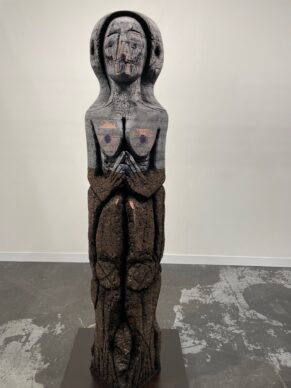 Out of the art gallery behemoths, neither Pace, Gagosian or Hauser & Wirth are present at the Armory. Zwirner, however, occupies a booth at the centre of the fair. “We came last year when New York and the fair were still weak. It’s a gesture of solidarity with the artistic community,” explains David Zwirner. He is exhibiting sculpture by the artist of Pakistani origin Huma Bhabha (born in 1962) in dialogue with the very dreamlike paintings by the English Turner Prize-winning artist Chris Ofili (born in 1968). The cork sculpture, in a single version, by Huma Bhabha which simultaneously looks like the depiction of a monster, a robot and a primitive statue is on sale for 400,000 dollars. The artist has been the subject of an exhibition on the roof of the Metropolitan Museum in 2018, among other things. 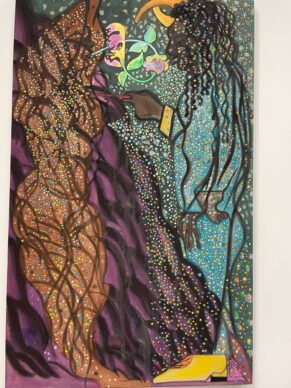 During the Amory there is also a mini-fair taking place downtown. From 8 to 11 September, Independent 20th Century is presenting 33 booths dedicated to artists from the previous century. This is an excellent way of riding the current wave of strong demand for contemporary artists that are being rediscovered, or modern artists who heralded the 21st century. 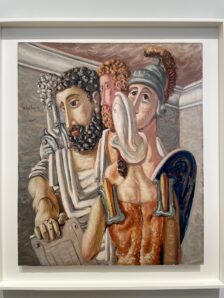 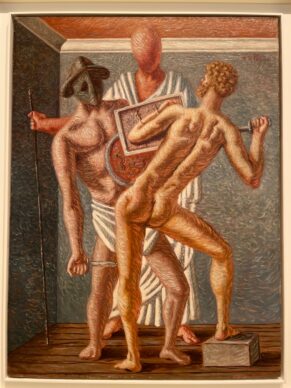 As it happens the most spectacular booth is the Nahmad gallery’s, presenting seven canvases by the Italian painter associated with the surrealist movement, Giorgio de Chirico (1888-1978). Between 1927 and 1930, with the rise of fascism, he painted a series of gladiators which seemed to mock this claim to a kind of virile power inherited from the Roman tradition. The artworks are on sale for between 400,000 and 2.9 million dollars and two of them were already sold on the morning of the opening of the fair. 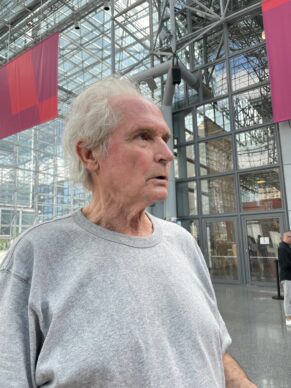 Talking of rediscoveries, Bienvenu Steinberg & J gallery is organizing in New York a show dedicated to the  French artist who has been silent in recent years, Jean-Pierre Raynaud (born in 1939). He knew Marcel Duchamp, lived with Niki de Saint Phalle and Jean Tinguely, and his work has been presented by Leo Castelli. The visual artist known for his oversized colourful pots had the aim, among other things, to send objects into space. With this in mind he therefore began a correspondence with Aérospatiale in the early 2000s.

A large image, in a single version, which anticipates his giant pot sent into space, is on sale for 17,000 dollars. This kind of dream is clearly still a part of the zeitgeist since Jeff Koons has announced his plan to send NFTs to the moon (See next report about Jeff Koons in Greece). Yusaka Maezawa himself, a passionate collector and famous buyer of a Basquiat for the record price of 110.5 million ( See here an interview of Maezawa), spent twelve days in space in December 2021.